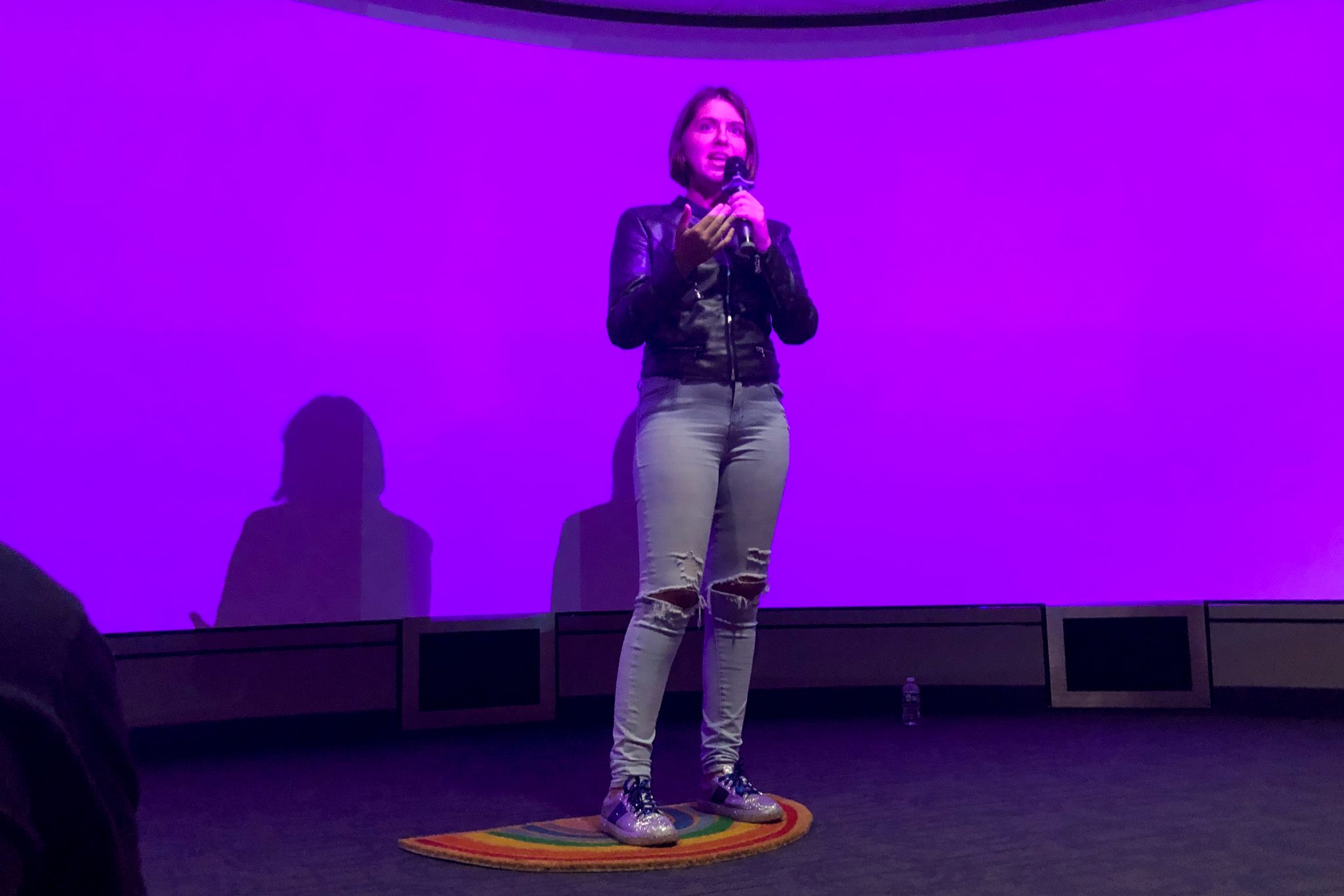 Anna Artazova, the president of The Hysterics, an all women and nonbinary comedy group, performs on Sept. 8, 2022, at the NextNow Fest Stand-Up Comedy Show. (Jamie Oberg/The Diamondback)

The Hysterics, an all women and nonbinary comedy group, was back in person performing stand-up comedy Sept. 3 at the University of Maryland’s NextNOW Fest.

“[They’re] a comedy group on campus that really teach you how to make your stories into jokes,” The Hysterics vice president Julia Parker said. “There’s a difference between a funny story and a joke with a punchline.”

The Hysterics aim to break gender norms in the comedy industry and create a safe space for aspiring comedians.

The group mainly specializes in stand-up comedy. Its goal is to boost confidence among members and create opportunities with other comics at the university and beyond.

“I didn’t know what to expect,” Amelia Nur, a sophomore mechanical engineering major who saw the show, said. “I really enjoyed it. I was super impressed.”

Nur said she enjoyed the diversity of the content and hearing the different perspectives from each comedian.

Caleb Wheeler said he found the show really funny and most of the bits easy to relate to, especially a joke about the difficulties of flying with Southwest Airlines.

The performance was held in a more intimate space, which allowed the performers to connect and interact with the audience members.

Parker, a junior history major, joined The Hysterics in fall 2020, when everything was still on Zoom.

“We actually didn’t get together for an in person show until the spring of last year,” they said.

While performing online, the audience remained muted, leaving her unable to hear their responses, which is important for a comedian, Parker said.

Anna Artazova, a senior English major, is The Hysterics’ current president. She organizes venues and social activities. She described herself as the anchor of the group who holds everybody together.

Artazova encourages all members to step out of their comfort zone and audition. She said The Hysterics truly helped her change as a person.