With eyes on SMU, Maryland football wants to clean up messy defensive play 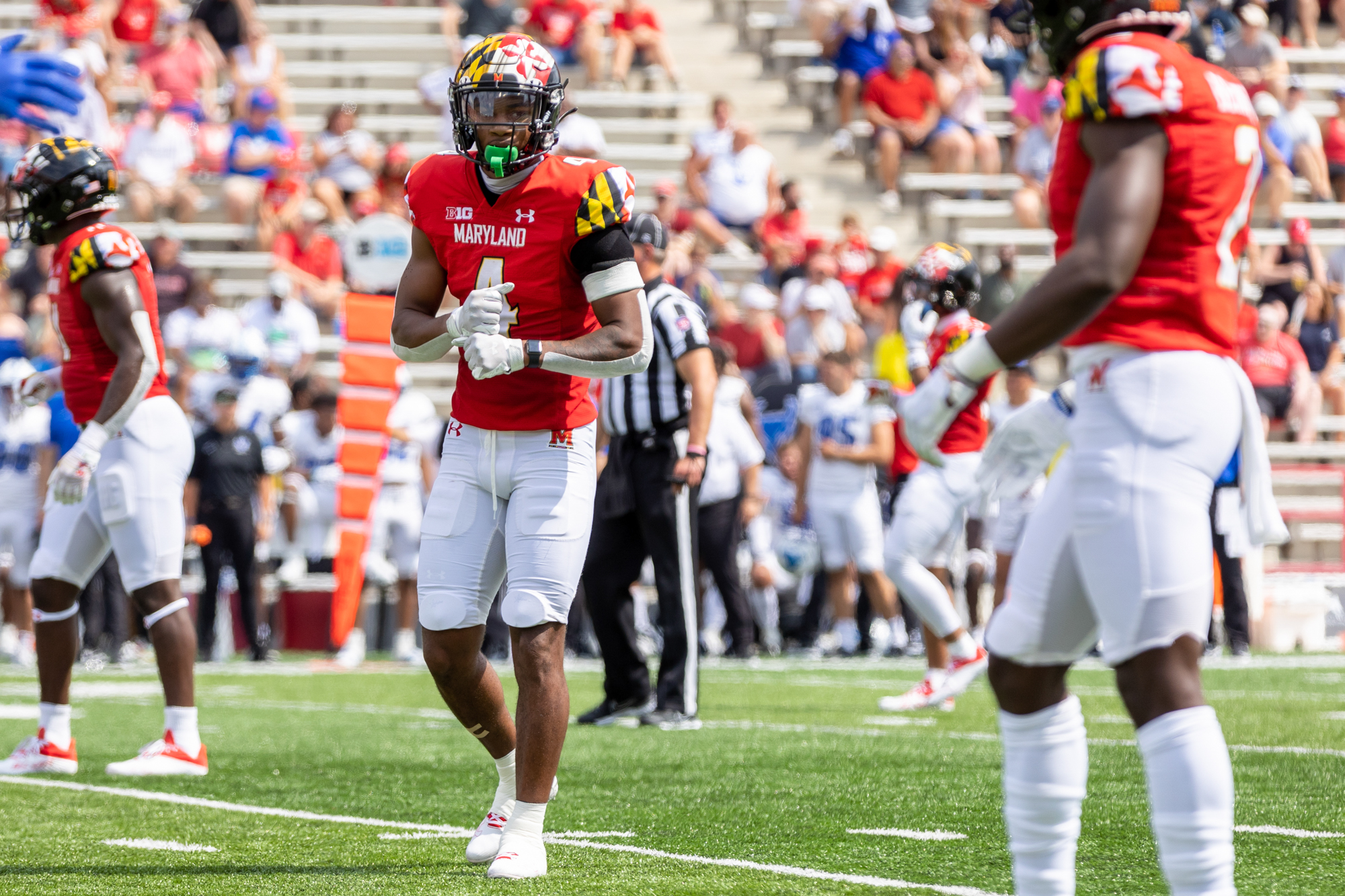 Maryland football’s defense entered the locker room disappointed with its performance in the Terps’ blowout win over Charlotte.

The 49ers started their third-string quarterback — a redshirt freshman making his first college start — but the Terps didn’t take advantage. They didn’t force a single turnover for the second straight week and didn’t register a sack until the last minute of the game.

“We gave up contain, we missed tackles on the perimeter, we didn’t plaster receivers when the quarterback scrambled,” coach Mike Locksley said Tuesday.

The Terps’ defense struggled, allowing 21 points to a team that only scored 37 points in its first two games. Maryland now prepares to take on one of the nation’s most potent offenses in SMU without starting cornerback Tarheeb Still. Still had surgery to repair a torn tendon in his finger and will be out Saturday, Locksley said. The team expects him to return against Michigan Sept. 24.

The Mustangs’ fast-paced offense ranks among the FBS’ Top-20 in points per game, passing yards per game and total offensive yards. The advanced metrics also favor them, as they rank No. 19 among FBS schools in offensive expected points added per play, per College Football Graphs. Expected points added is a metric that models how many points a team gains or loses on a play based on modeling accounting for a variety of factors including score, down, distance and more.

“We’ve got to be prepared to be challenged vertically, they take at least 10 shots a game,” Locksley said. “They offer a lot of different challenges in their different exotic formations … because of the tempo in which they play, it’s gonna be really important that communication is great this week.”

The Terps will use redshirt sophomore Glendon Miller in Still’s place. Inserting Miller, who’s listed at safety on the depth chart, gives the Terps a “big nickel” look, Locksley said. The package traditionally opens up defenses to mismatches where the safety has to line up against a third receiver, he added.

Miller started his career as a corner and transitioned to safety, playing in both the slot and as a safety so far this season per Pro Football Focus. This versatility gives him a unique skill set that opens up a variety of options for defensive coordinator Brian Williams.

“We felt he gives us the best opportunity being inside on those slot receivers,” Locksley said. “He also is a very physical player, a guy that has the ability to blitz off the edge.”

The loss of Still forces Maryland to integrate a new piece. That adjustment, combined with a fast-paced SMU offense, will test the Maryland defense’s communication. The unit has practiced against the Terps’ offense — a unit that also likes to play fast — to prepare.

“Getting lined up, first and foremost,” Locksley said on what he’d look for in his defense. “Teams that play with tempo like SMU … they’ve got a tremendous amount of big plays off of guys not being lined up. And that’s what tempo does. We’ve seen it because we play with tempo. When you can get the ball snapped with the defense not in the positions they need to be in, it gives you free shots.”

Having their defensive unit working together to line up properly will be an important first step for the Terps, but Locksley pointed to maintaining their discipline during the play as another key.

The coach saw too many instances against Charlotte where his interior rushers pushed the pocket but saw his edge rushers let the quarterback escape out of the pocket.

“It starts off with our footwork and our get-off, if we can get off and maintain our rush lanes,” he said. “It’s really about our get off and our first step and our stances.”

China-Rose outlined the identity Maryland football wanted to create for itself: trustworthy and dominant. The team’s had two games to get a feel for that identity — a standout performance to limit a potent Mustangs’ offense would begin to establish that reliability and authority.