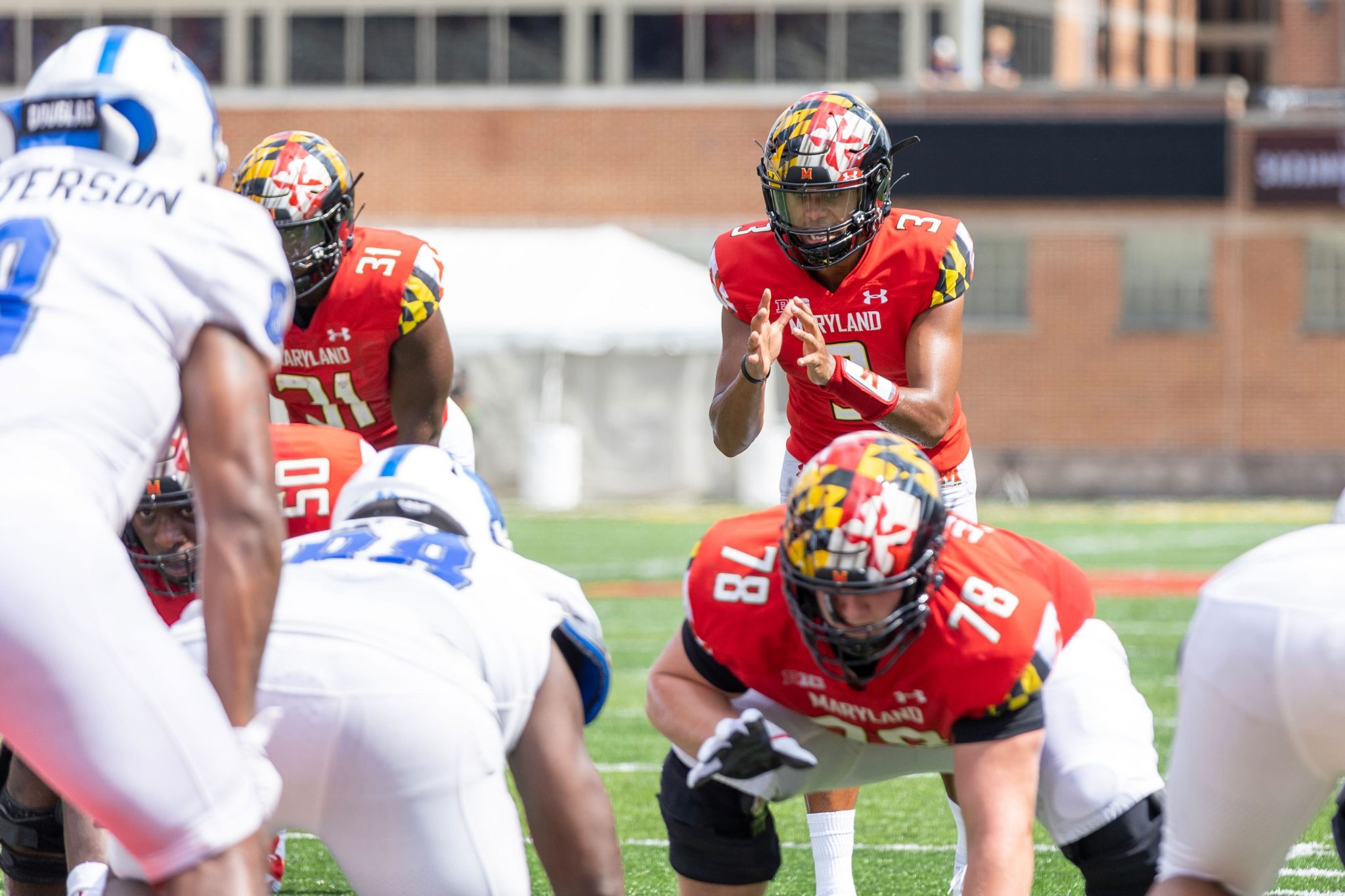 Maryland football’s star quarterback failed to record a touchdown in the Terps’ 31-10 win over the Bulls, posting 290 passing yards and one interception as his running backs paced the offense on the afternoon.

“I missed opportunities out there, throws and the ball placement,” he said. “At the end of the day, it’s hard to win football games in college football.”

Tagovailoa had no issue scything through Charlotte’s defense just a week later.

The junior excelled in the Terps’ first road test of the season, registering a career-high four touchdown passes in just the first half of Maryland’s 56-21 thrashing of the 49ers. He finished with 391 yards and five total touchdowns in the victory, completing 87 percent of his passes.

“Lia did a good job of the ball location on some of the deep shots that we kind of didn’t have the timing there with a week ago,” coach Mike Locksley said. “It was good to see us, as I say, make that jump from week one to week two on the offensive side of the ball.”

He impacted the game immediately.

Tagovailoa found Jacob Copeland in the endzone for the Terps’ first score of the game, connecting with the transfer wideout from 39 yards out to set the tempo for offensive coordinator Dan Enos’ explosive offense.

It was the first of two deep touchdowns to Copeland, who flourished after catching just one pass for six yards in the Terps’ Sept. 3 win over Buffalo. The duo linked up for a 45-yard touchdown score in the second quarter and the former Florida wideout finished with 110 yards and two touchdowns.

“The chemistry’s been there,” Copeland said of his synergy with Tagovailoa. “You just gotta be ready when your number’s called.”

Tagovailoa found wide receiver Jeshaun Jones for his other two passing touchdowns in the first half, finishing the first half 20-22 for 305 yards. His only blemish came from a late interception on a deep pass intended for Dontay Demus Jr. as the second quarter clock dwindled.

He continued his stellar play in the second half, driving his team 83 yards down the field for the team’s sixth touchdown of the day. On the third goal from the Charlotte four-yard line, Tagovailoa scurried out of the pocket and tiptoed his way into the corner of the endzone, pointing to the sky and celebrating what would be his final score of the day.

Then, disaster nearly struck as he came up limp while trotting away from the field.

“I’ll keep it PG-13, I was like ‘holy’, and good that they came over to me and said it was cramping,” Locksley said.

Tagovailoa’s sparkling Saturday drew to a close following the scary moment — save for one play, a 25-yard pass in the fourth quarter when replacement quarterback Billy Edwards Jr. had to exit the game for a play after suffering a cut.

After the fleeting encore, Tagovailoa spent the rest of the game on the sidelines, laughing and smiling with his teammates as the Terps pulled further ahead. His early exit served as a reward for a dominant outing — one that impressed his teammates.

“He’s a different animal, man, he’s his own animal, put it that way,” Copeland said. “When he gets in his mode and he’s feeling good about a situation of the game or whatever situation he’s in, he’s gonna make the best of [it].”