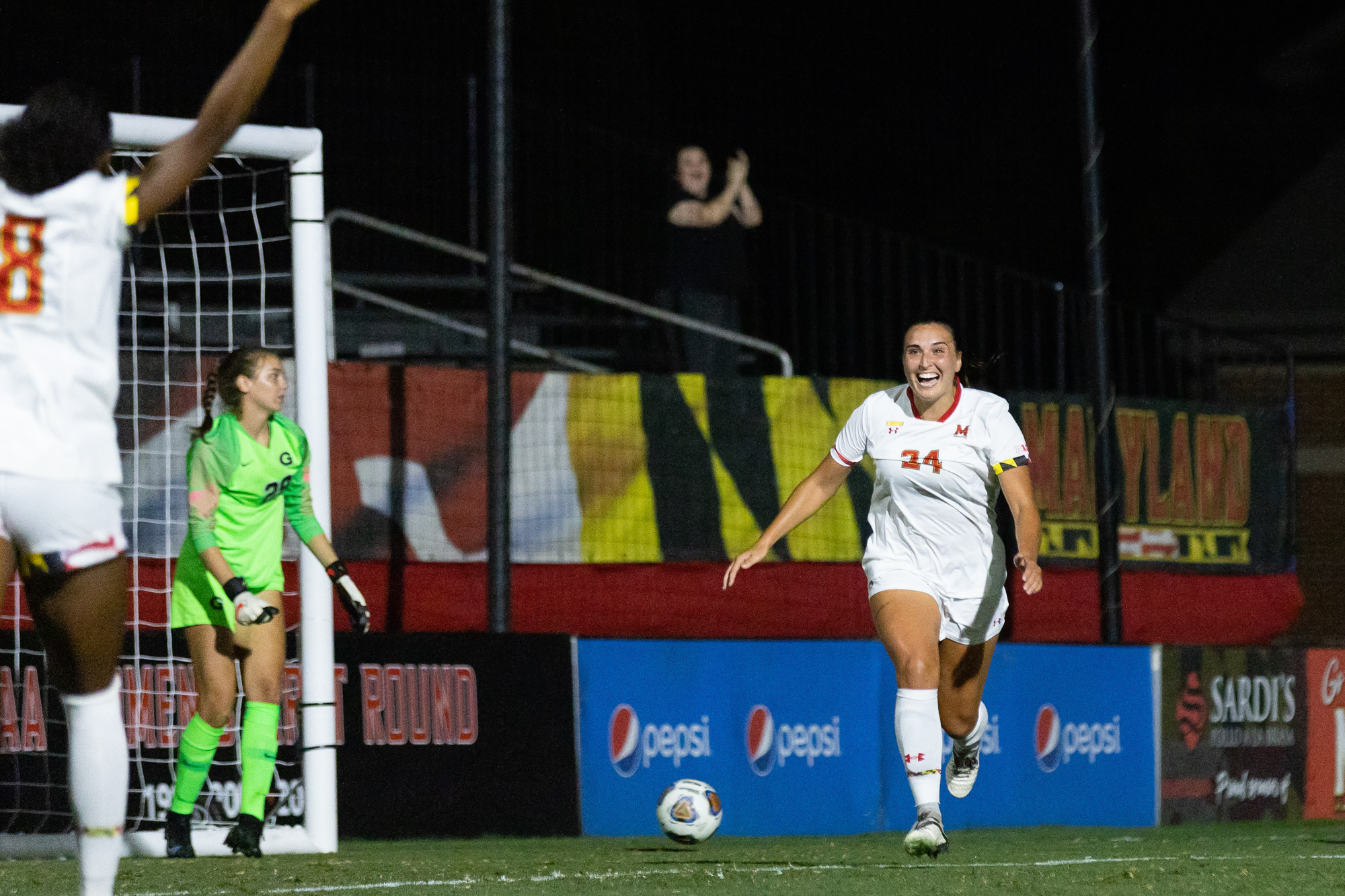 Catherine DeRosa won the ball in her own half and ignited a Maryland counterattack before slotting a ball through for forward Alina Stahl.

From there, Stahl took just one touch, getting the ball on her right foot and grounding a sleek finish toward the far post for her third goal of the season.

Through the early season, Stahl has proven pivotal for Maryland women’s soccer. The West Virginia transfer has made her impact on the field since day one, scoring three goals in 271 minutes of play this year.

“I just happened to be right place, right time on both those ones,” Stahl said after the match against Georgetown. “The first goal at the beginning [against Temple], great ball by Amanda [Schafer] and then this one was a great ball by [Mikayla Dayes] right where it needed to be.”

Even outside of her own goal tally, Stahl contributed to five total goals with two assists along with her finishes.

Her play has been crucial in the Terps’ results. Up until Sunday’s win against George Mason, Maryland had been forced into making comebacks. Stahl scored two of her goals in those rallies — in her Maryland debut against Temple and Georgetown.

Her two assists came in comeback draws against Penn and Navy.

Her ability to appear in clutch moments started at West Virginia. She finished her sophomore season with eight goals, five of which were game-winners.

Before arriving at Maryland, Stahl played well for the Mountaineers. She played in every game for West Virginia as a sophomore, starting in all but one. She was announced West Virginia’s offensive player of the year after leading the squad in goals.

In her junior year, she co-led the team in goals and finished on the all Big-12 First Team.

The impact of Maryland’s 10 transfers has been a storyline for Nemzer’s squad all season.

Players such as Schafer, Kam Fisher and Sofi Vinas have already filled up the stat sheet. Fisher scored in her first start for the Terps, Schafer recorded an assist in the season opener against Temple and Vinas notched a goal and assist against George Mason.

“I think just bringing in players that can compete at a power five school athletically, technical- and tactical-wise … to bring in a competitive environment was sort of the foundation of any good team,” Nemzer said of her decision to bring in several transfers ahead of the season opener against Temple.

It’s a decision that’s played out well in the young season, with the Terps still undefeated.