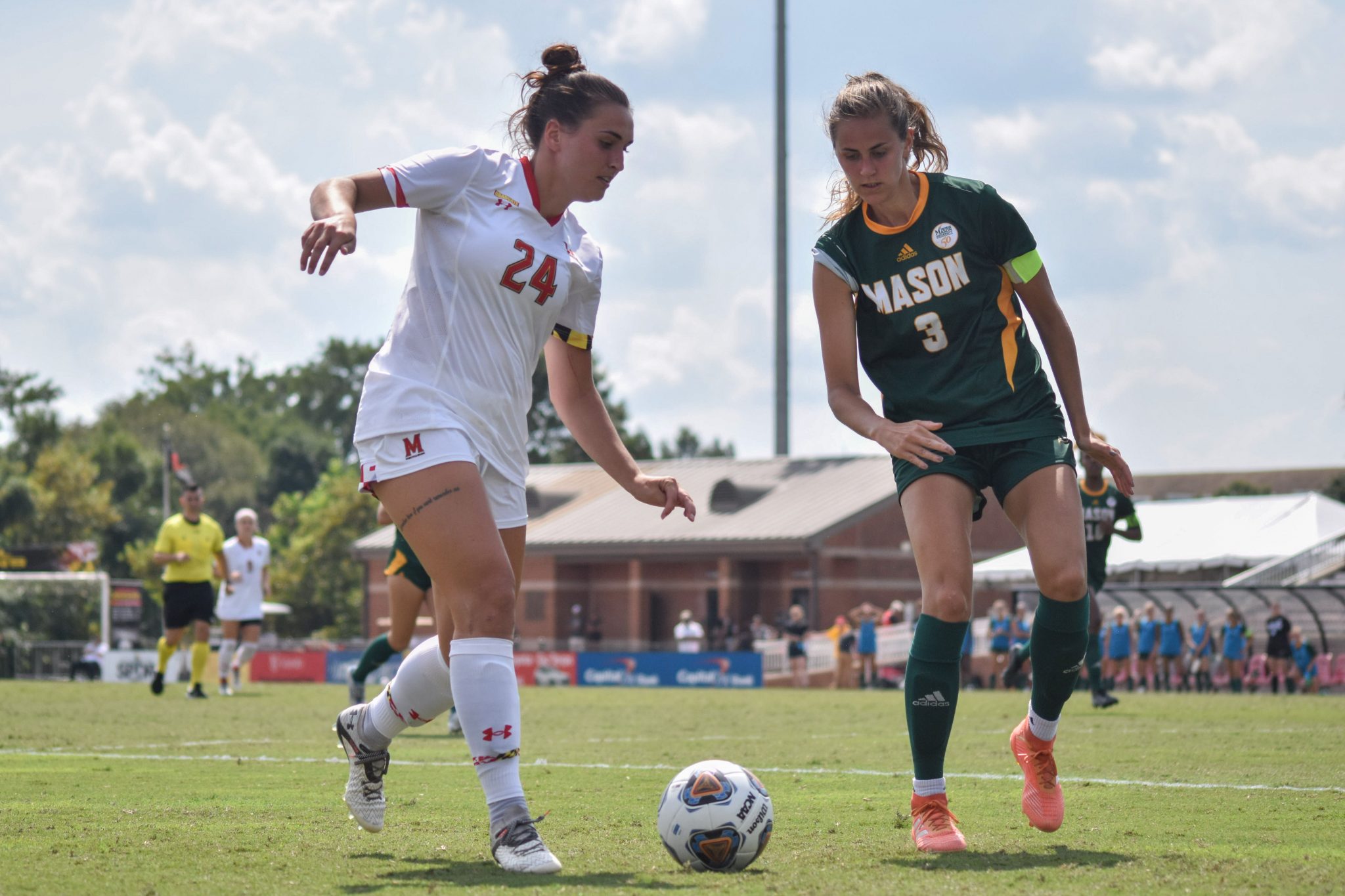 Everything fell in place for Maryland women’s soccer in its weekend matchup against George Mason. The Terps finally broke through, ending a 367-day drought with a dominant win at Ludwig Field.

Sunday’s 3-0 win over George Mason marked the first win for the program under Nemzer, as well as many milestones for the Terps.

Maryland left the George Mason game with only one attempt on goal allowed in the game. More importantly, the Terps didn’t concede a corner for the entire game.

Set pieces have been emphasized on the training ground all season, as every goal Maryland has conceded came from a set piece.

“We did about 45 minutes of set pieces yesterday. So to get one on the attacking side that Sophie did, but also the defensive shutout and not allowing a set piece goal to break that shutout really meant a lot,” Nemzer said.

The confidence in Nemzer’s squad is brewing. The game not only marks the first win for the squad this season, but the first time the team has scored before its opposition in a match. It also marks the first game the Terps have registered more than one goal in a single match.

Nemzer’s squad has been threatening offensively in most of its games, registering 32 shots on target across five games.

But despite their new mojo, Maryland understands more work must be done.

“I’m happy that we created obviously more than one goal today, but we still got to be better in the final third,“ Nemzer said after the game.

With Wake Forest on the docket later this week, Maryland has an opportunity to build on its first win. The Demon Deacons are undefeated across six games, with five wins and a draw to their name.

Wake Forest will challenge the Terps on both sides of the field. The Demon Deacons have scored a total of 15 goals so far while only conceding one. The Wake Forest defense has failed to concede a goal in its last three games.

The Demon Deacons’ defense is headlined by three-time ACC Defensive Player of the Week goalkeeper Kaitlyn Parks. Parks has also recorded the second most single-season shutouts in the program’s history.

Parks has started every game this season, making 12 saves and allowing just one goal. The match will be a test for the Terps before they open up Big Ten play against Michigan Sept. 16.