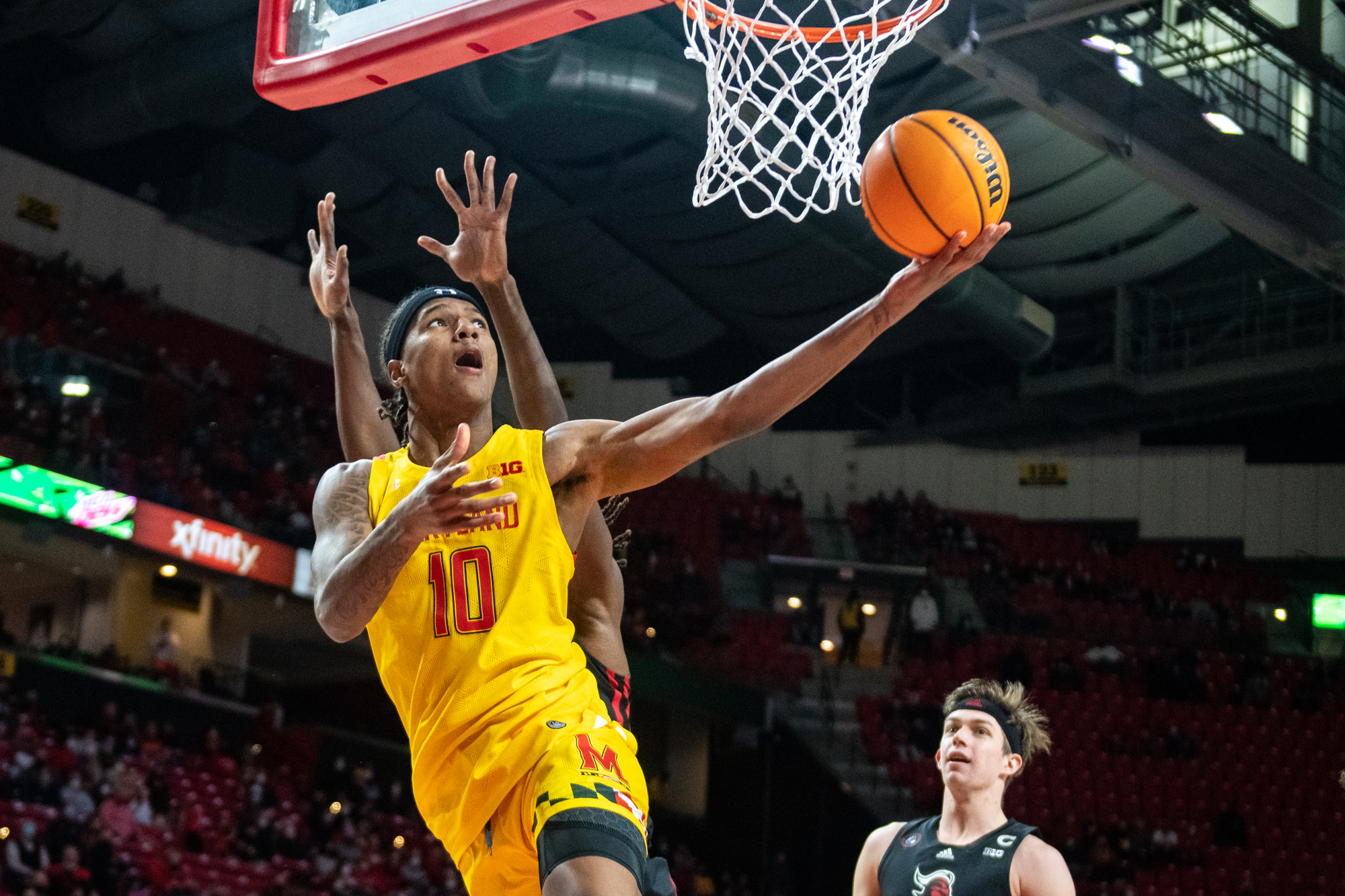 Julian Reese hooks a shot under the basket during Maryland men's basketball's 70-59 loss to Rutgers on Jan. 15, 2022. (Joe Ryan/The Diamondback)

Willard makes his debut in the Terps’ season-opener at home on Nov. 7 against Niagara. The game is the first of three matchups at Xfinity Center in just over a week, as Willard’s squad also goes up against Western Carolina and Binghamton.

Maryland travels to Uncasville, Conn. on Nov. 18 to take on Saint Louis in its first of two games at the 2022 Basketball Hall Of Fame Tip-Off. The Terps play the respective winner or loser of Providence and Miami the next day. The Friars made the Sweet 16 in last year’s national tournament while the Hurricanes upset their way to the Elite Eight before falling to eventual national champions Kansas.

Juan Dixon, who won a national championship as a Maryland player in 2002, coaches against his former team on Nov. 25 when Coppin State visits the Terps. The Terps then go to play their first true road game of the season at Louisville in the Big Ten/ACC Challenge on Nov. 29.

Maryland’s tough start to December begins with its Big Ten opener against Illinois. Willard’s squad travels to Wisconsin on Dec. 6 before two of its biggest nonconference games of the year.

The Terps play Tennessee at the Barclays Center in Brooklyn on Dec. 11 before taking on future Big Ten foe UCLA at home on Dec. 14. The two programs finished in the top 11 of last year’s final regular season poll.

Maryland closes out its nonconference schedule with Saint Peter’s — who became the first-ever No. 15 seed to reach the Elite Eight in last year’s national tournament — and UMBC.

Willard’s squad travels to Michigan on the first day of 2023 as they get deep into their Big Ten schedule.

The Terps play eight games in January, highlighted by trips to Iowa and Purdue, a Jan. 31 visit from Indiana and Maryland’s first home game against Michigan since 2020 on Jan. 19.

The Terps head to Michigan State on Feb. 7 and host Purdue on Feb. 16 before an easier end to their regular season.

Maryland plays Nebraska, Minnesota, Northwestern, Ohio State and Penn State to finish out its regular season — four of those five teams finished in the bottom five of the Big Ten standings last year.