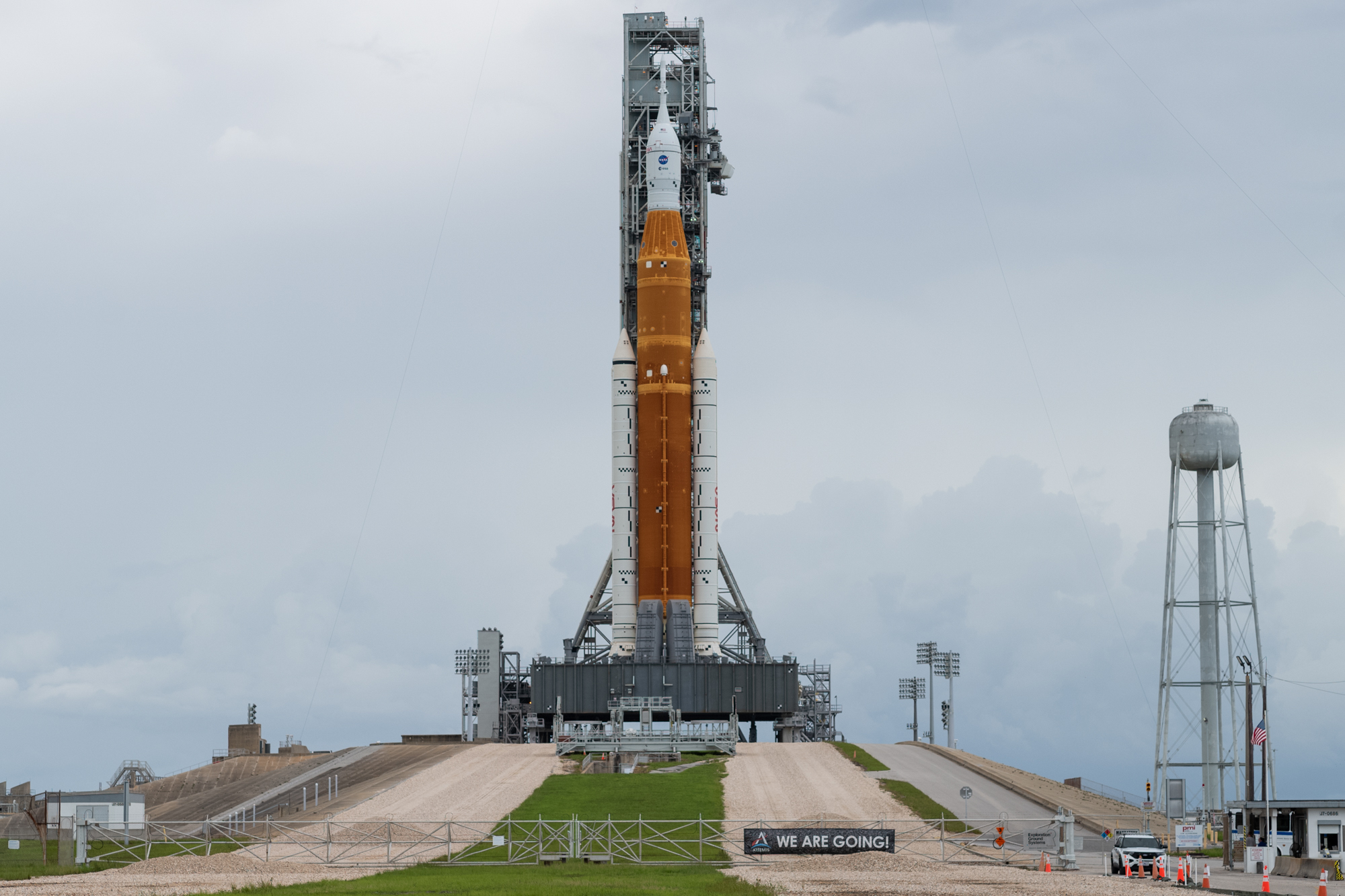 NASA’s Space Launch System rocket with the Orion spacecraft aboard is seen atop the mobile launcher on Sept. 2, 2022, at NASA’s Kennedy Space Center in Florida. (NASA/Joel Kowsky)

CLARIFICATION: This story has been updated to provide context on Dr. Zaki’s job title at this university’s engineering school.

NASA is going back to the moon for “scientific discovery, economic benefits and inspiration for a new generation of explorers: the Artemis Generation,” according to its project website. For University of Maryland students — particularly those within the aerospace engineering community — these missions mean the beginning of a new era in space exploration.

Julianna Reese, a senior aerospace engineering major, first heard of Artemis when it was originally announced a couple of years ago and has discussed it in a couple introductory aerospace classes.

Reese and other members of the aerospace community expect the success of Artemis to lead to space missions that send astronauts to Mars and beyond.

Senior aerospace engineering major Madelyne Rossmann, who is president of the Women in Aeronautics and Astronautics club, has noticed how putting a woman on the moon is changing the rhetoric used around aerospace.

“A lot of the times in historic space and in the aerospace industry, we say, ‘manned space programs,’ a lot or, ‘manned spacecraft,’ a ‘man ship,’ and so with Artemis coming, it’s reminding us that women are astronauts too, and putting a woman on the moon is sort of changing that rhetoric,” she said. “We’re not really saying ‘manned spacecraft,’ we’re saying ‘crewed.’ For me, that’s one thing that’s really stuck out is you don’t really think about how the language you use is exclusive to other people.”

Although Rossmann said she hasn’t noticed a huge change in the rhetoric used in her classes yet, she can see how it is beginning to develop. She also sees it as a big moment for women in the industry in general.

“I really think that this will be a breakthrough moment for many young women and girls,” Rossmann said. “I mean, I know that I was interested in being an astronaut growing up, but there weren’t many people that looked like me that were astronauts.”

“Right now is an exciting time for students to be getting into aerospace engineering and doing space-related work because not only do we have Artemis, but we also have Blue Origin and SpaceX and all these new space companies,” Hartzell said. “We see a lot of incoming students that are very excited about doing space stuff.”

Hartzell teaches spaceflight dynamics to undergraduate and graduate students and researches how asteroids change over time and how orbital debris can be detected and cleaned up. She recognizes women take up a small portion of the engineering faculty and said she knows a woman professor in the department who is currently teaching a class with all men students.

“It’s exciting to see a more representative group of people landing on the moon, right?” Hartzell said. “It’s kind of incredible if you think about it, like it was just white men … Of all of humanity, only white men have landed on the surface of the moon.”

According to Hartzell, the first Black engineering student was admitted in 1951, although he did not get a degree. Dr. Kawthar Zaki was the first woman professor to be hired in the engineering school at this university in 1970.

Although changes in the diversity of the aerospace and similar communities have been slow and relatively recent, students such as Reese hope representation could change as Artemis expands the definition of who an astronaut can be.

“It’s really good that other people are now getting the opportunity to see someone like themselves do that, and that is going to open up more opportunities in the future,” Reese said.