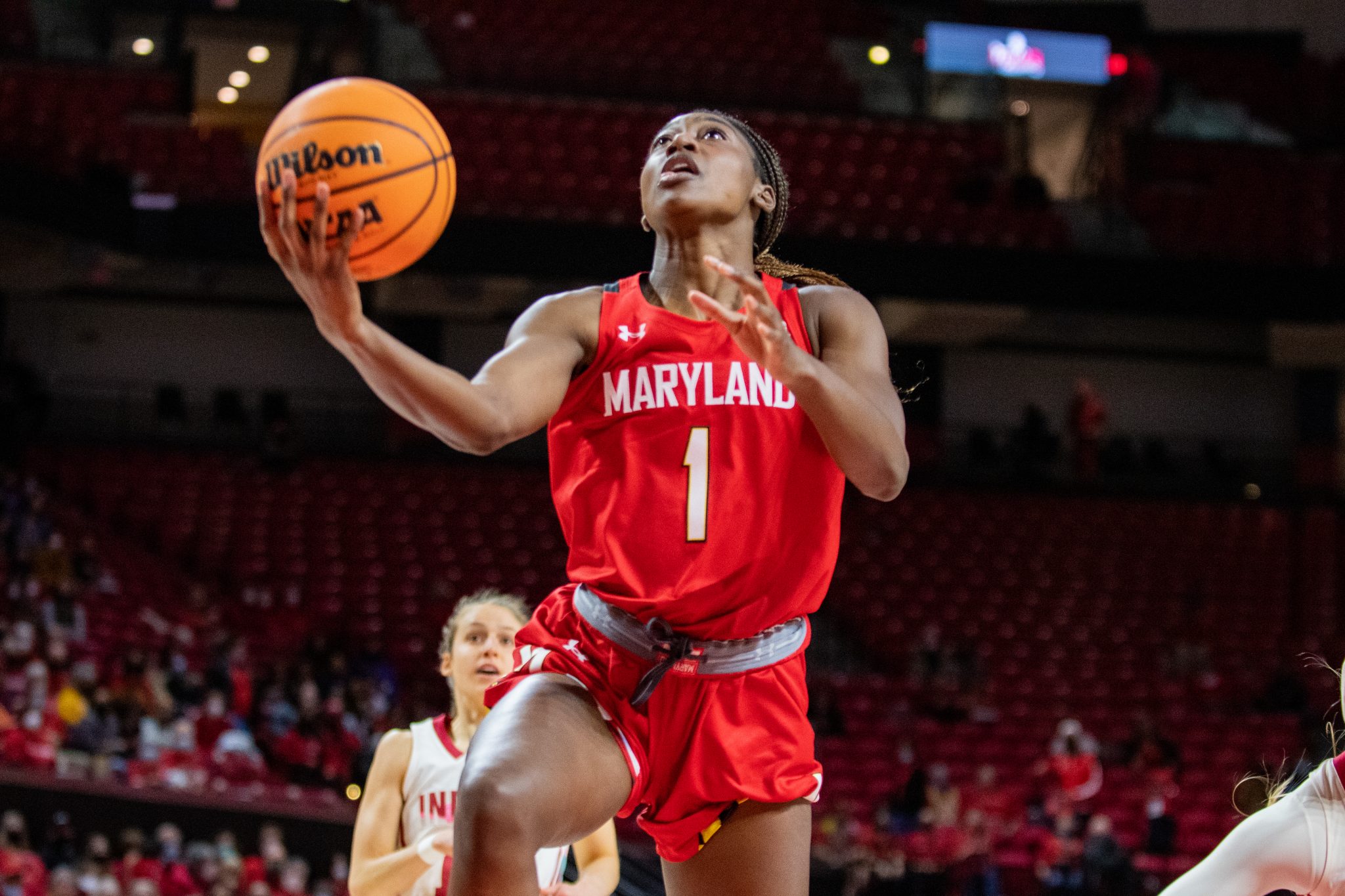 With the release of the Big Ten schedule Wednesday, Maryland women’s basketball has its complete slate of regular season games for the 2022-23 season.

In their first conference matchup, the Terps take on Nebraska at Xfinity Center Dec. 4. The Cornhuskers finished last year in sixth, but have a pair of standout guards in Jaz Shelley and Sam Haiby to go with the 2022 Big Ten Freshman of the Year, Alexis Markowski.

Grace Berger and Mackenzie Holmes return for the Hoosiers, as does budding star Chloe Moore-McNeil. Coach Teri Moren secured two massive transfers in Sara Scalia and Sydney Parrish to offset the departures of Ali Patberg and Nicole Cardaño-Hillary. Indiana defeated the Terps twice last season, and the two sides will match up for their sole regular season battle Jan. 12 in Bloomington, Indiana.

Maryland hosts Michigan Jan. 26. The Wolverines lost forward Naz Hillmon to the WNBA, but the improvement of second year guard Laila Phelia and the stability brought by veterans such as Maddie Nolan, Leigha Brown and Emily Kiser could keep Michigan near the top of the Big Ten standings.

The Terps play back-to-back games against Iowa and Ohio State twice, on Feb. 2 and Feb. 5 as well as Feb. 21 and Feb. 25. These two sets of games will go a long way in determining where the Terps finish in the division standings; the second back-to-back pair of matches also conclude the regular season.

Iowa returns Big Ten Player of the Year Caitlin Clark and Monika Czinano, the nation’s leader in field-goal percentage from a season ago, making 67.9 percent of her shots.

After finishing conference play last year with a 13-4 record, the Terps again will look to finish near the top of the division. Since joining the Big Ten in the 2014-15 season, coach Brenda Frese’s squad has finished the regular season first or tied for first six times, with one second place and one fourth place finish.

But defeats to Indiana, Ohio State and two blowout losses to Michigan saw Maryland finish fourth in the Big Ten last year before struggling in the conference tournament. The Terps lost their opening match to the Hoosiers.

Frese and her staff spent the offseason retooling the roster, adding nine new faces to the 13-player squad through the transfer portal and incoming freshman.

Headlining the new additions are senior guard Abby Meyers, the 2022 Ivy League Player of the Year, and senior guard Lavender Briggs, an All-SEC transfer from Florida, who arrived in College Park last winter but did not make an appearance for the team.