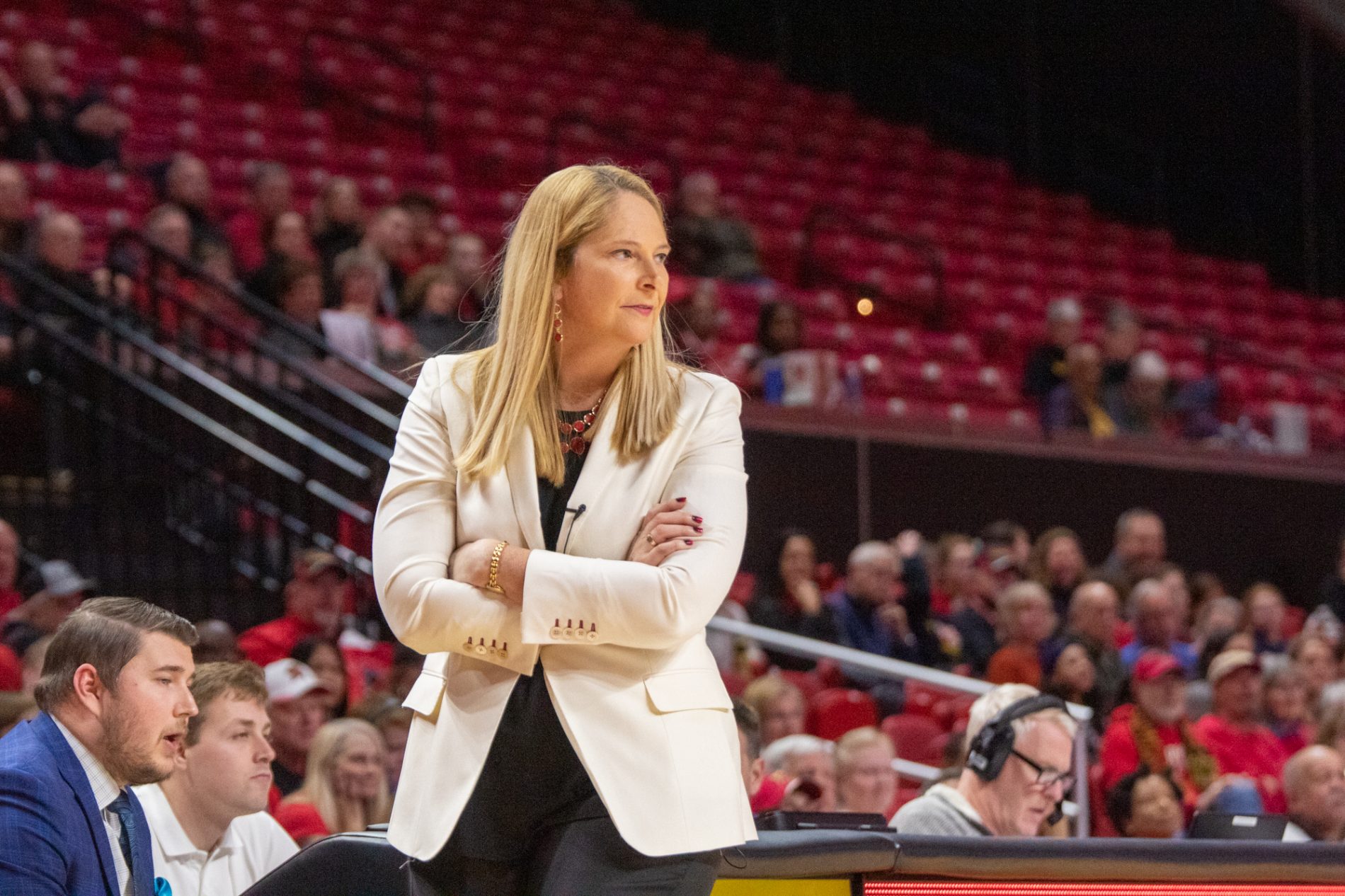 Maryland women’s basketball announced its nonconference schedule for the 2022-23 season Tuesday, headlined by matchups against both teams from last year’s national championship clash, South Carolina and UConn, according to a release.

After finishing last season with a second straight Sweet 16 exit and ranked No. 13, the Terps are challenging themselves early with nonconference contests against top teams.

Maryland kicks off its season across state lines at George Mason Nov. 7 before taking on the reigning NCAA champions, South Carolina, at home Nov. 11. The Terps are 1-3 against the Gamecocks in the last five years, with their last win coming in 2018.

Coach Brenda Frese’s squad will take on Fordham and Davidson in College Park before hitting the road and heading west to battle Baylor Nov. 20.

Maryland will then travel to Florida to play three games in the Fort Myers Tip-Off from Nov. 25 to Nov. 27, with opponents yet to be announced. The Terps will hope for a better performance at this event after dropping both games in the Baha Mar Hoops Pink Flamingo Championship in 2021.

December begins with the ACC/Big Ten Challenge, pitting Maryland against Notre Dame in South Bend, Indiana, on Dec. 1. The Fighting Irish made it to the Sweet 16 last season, falling by just three points to then-No. 1-seeded NC State.

In its final home nonconference contest, Maryland will take on UConn Dec. 11 for the first time since a 97-72 loss in 2017. The Terps will wrap up their nonconference slate at Purdue Fort Wayne Dec. 21, where Shyanne Sellers will take on her sister Shayla Sellers.