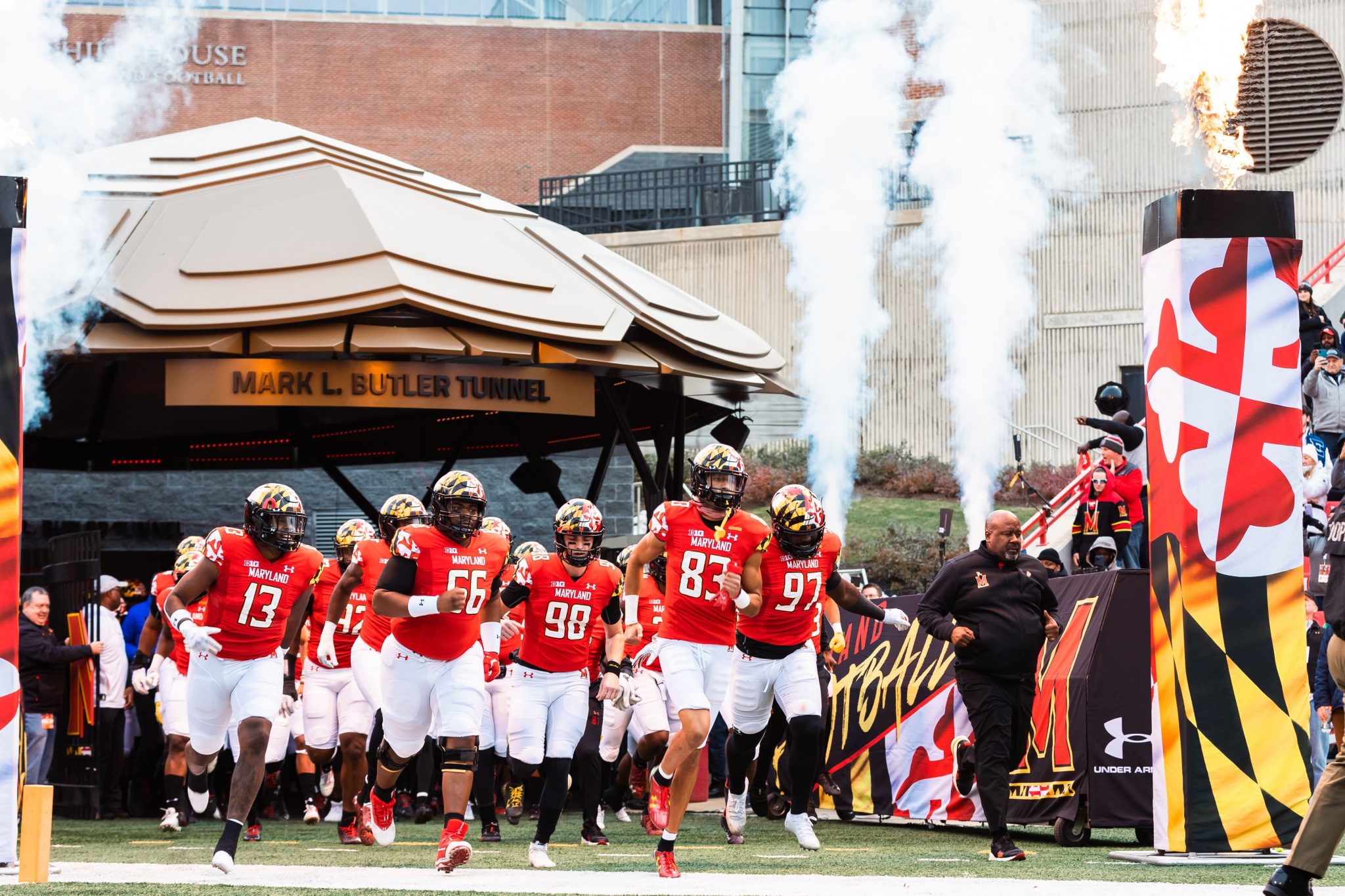 Maryland football exits the tunnel during the game against Michigan on November 20, 2021. (Cam Andrews/The Diamondback)

What to watch for Maryland: Will the non-conference opener win streak continue?

Maryland is no underdog in its matchup against Buffalo. Offensive coordinator Dan Enos will lean on quarterback Taulia Tagovailoa to attack Buffalo with their talented wide receiver corps consisting of Dontay Demus Jr., Rakim Jarrett, and Jeshaun Jones. On special teams, pressure falls on Jones who is filling in for Demus Jr. as the team’s punt returner. Under new defensive coordinator Brian Williams, the Terps’ defense will need to primarily focus on stopping the run game. Buffalo was fifth-best in rushing in the MAC last season and have an inexperienced quarterback at the helm, so they will likely keep the ball on the ground.

What to watch for Buffalo: Can the defense keep the skies clear?

Buffalo’s success on Saturday will largely depend on its ability to stop Maryland’s pass game. Now that Taulia Tagovailoa has his star wide receiver Dontay Demus Jr. healthy, the Terps pose a vertical threat to this Bulls defense. A heavy workload is in order for linebacker James Patterson, who finished second with 116 tackles in the MAC last season. On offense, Rutgers transfer Cole Snyder will have to prove himself as the new starting quarterback. In three years at Rutgers, Snyder only appeared in nine games and threw for 165 yards and one touchdown. Expect to see a lot of action from running back Ron Cook Jr., as Buffalo typically plays a run-heavy offense.