Maryland men’s soccer has thrived thanks to the versatility of Alex Nitzl, Joshua Bolma 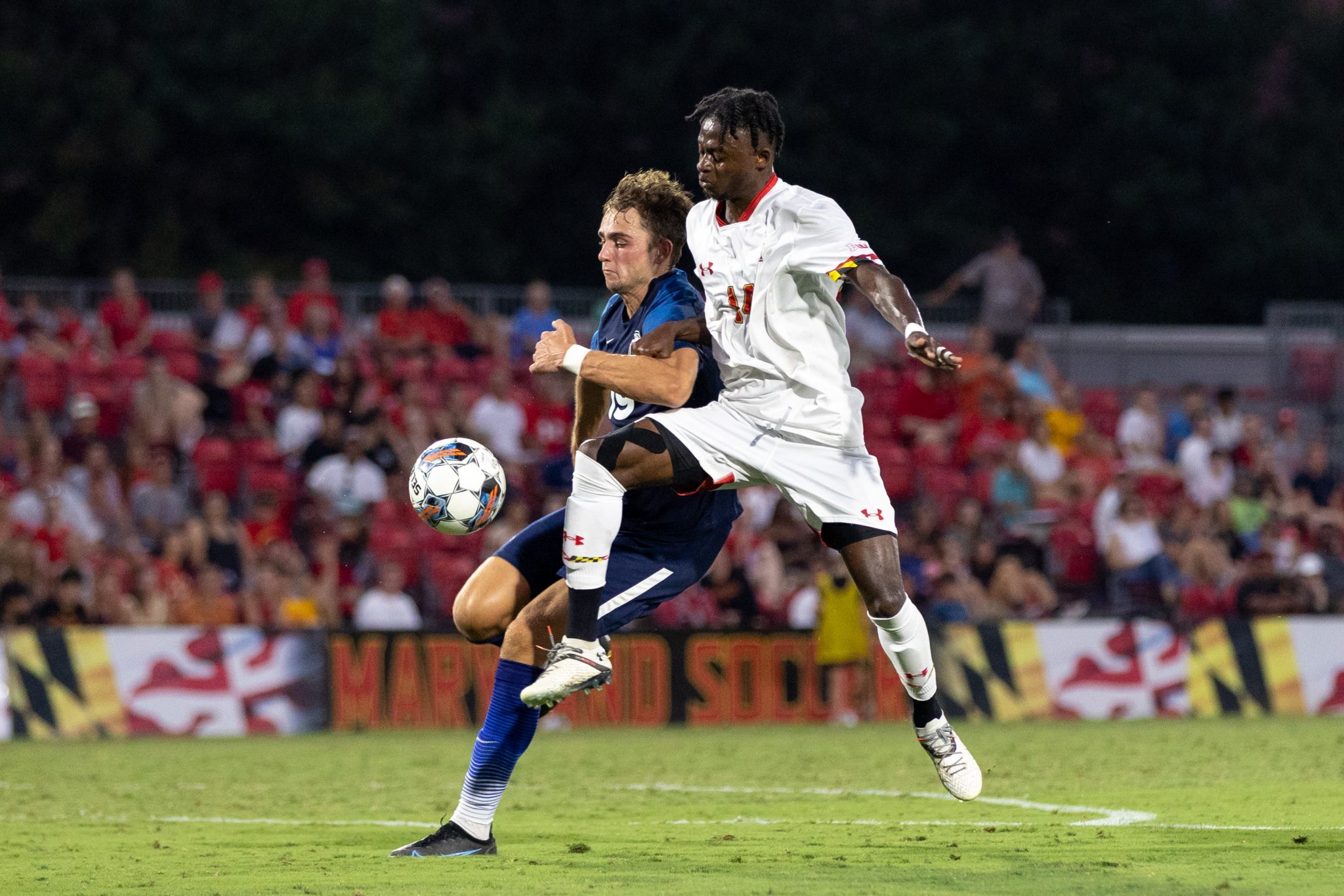 Maryland men’s soccer coach Sasho Cirovski wants his players to understand the role of every position, not just the position they play most often.

“The way we teach soccer at Maryland is we want the players to understand the game and understand the principles of the game,” Cirovski said at the team’s media day Tuesday.

The Terps’ flexibility showed in their opening two games of the season, and it’s allowed their new additions to shine.

After starting in midfield in Maryland’s season opener against New Hampshire, Alex Nitzl began the game at left back against Liberty. He was substituted out for Luca Costabile in the 57th minute after the freshman was initially held out of the starting lineup as a precaution due to a bone bruise, according to a team spokesperson.

Nitzl’s ability to play multiple positions has freed up Costabile to slot into the Terps’ backline in his first season with the team. He’s played 106 minutes in the first two games.

[Maryland men’s soccer rises to No. 9 in latest coaches poll]

“Alex is the consummate utility guy, he can play anywhere in the back line, he can play in the midfield,” Cirovski said after Maryland’s preseason win over American. “He’s such a good passer, such a smart player and such a good leader.”

Joshua Bolma, last season’s Big Ten freshman of the year, has moved to the center as an attacking midfielder after playing out wide last year.

His ability on the ball has allowed him to influence Maryland’s first two games of the season, notching the assist on the Terps’ game-winning goal against New Hampshire.

“Josh is a versatile player, we want him to get on the ball more and he’s extremely fit,” Cirovski said after the Terps’ victory over New Hampshire. “It’s a really good spot for him right now because he can impact the game so much more than in a wide position.”

The flexibility of Cirvoski’s squad extends within specific position groups. The coach said Hunter George, Griffin Dillon and Copetti can all play on either wing of the Terps’ front three.

Maryland’s already displayed the effectiveness of its versatility. The Terps rose up to No. 9 in the latest coaches poll, and Cirovski is encouraged by what he’s seen so far after a disappointing end to last season.