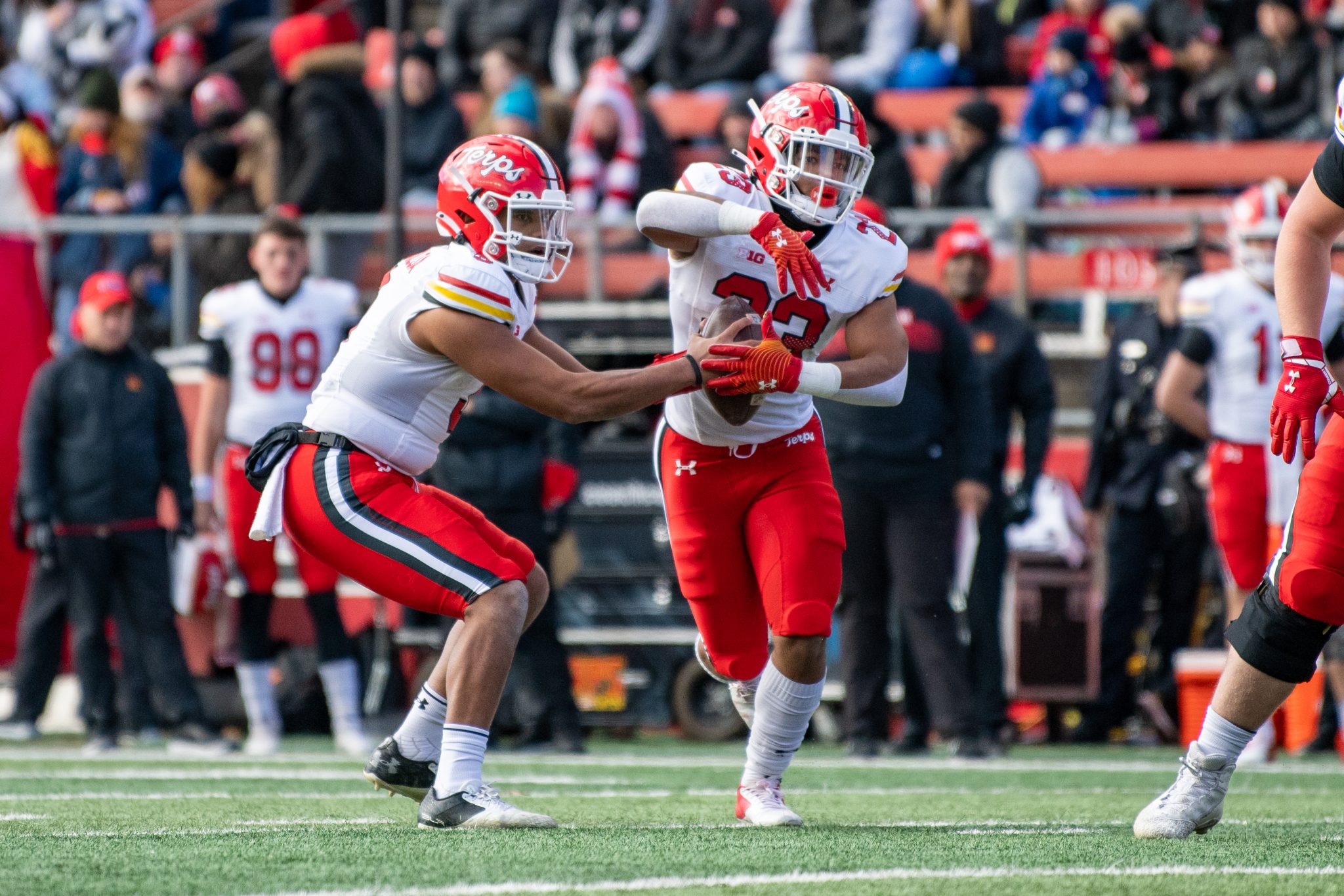 Colby McDonald remembers laughing with a fellow running back during eighth grade youth football practices. He and his teammate would alternate touches in the backfield, then turn to one another and joke about who was the better running back.

Years later, the former youth teammates are competing against each other on a much larger scale — vying for touches in Maryland football’s running back room. The battle is nothing new for the self-proclaimed “1-2 punch,” who split carries at the youth level and at St. John’s College High School before committing to join the Terps about a week apart.

“It was kind of like we’re doing it all over again,” Littleton said. “We were able to play together in the backfield in high school, we were very successful, and that’s one guy that I really trust.”

The running back duo split carries — helping lead the St. John’s Cadets to a WCAC Championship appearance in 2019. For Ward, it was McDonald and Littleton putting the strength of the team before collecting personal statistics that made the two a powerful dyad.

“I think it’s a tricky thing when you want to start, and then being able to put your ego aside and do what’s best for the team … To me, it’s a true testament to what type of teammates they are,” the coach said.

With both running backs primed to make an impact as Maryland’s season gets underway, McDonald and Littleton bring different elements to the running back position, according to offensive lineman Spencer Anderson.

Anderson called McDonald, a 5-foot-11 sophomore, a “home run-hitter.” The running back flashed his big play ability in his 2021 freshman campaign, bursting free for a 41-yard scamper in the Terps’ bowl-clinching win over Rutgers before accumulating 99 rushing yards in Maryland’s Pinstripe Bowl victory over Virginia Tech.

Littleton, a 235-pound redshirt freshman, is more of a “brute” in Anderson’s eyes. He also made an impact during the blowout Pinstripe Bowl when he barrelled into the endzone for a four-yard touchdown in the second quarter.

But while the two St. John’s products are both currently listed as second-string running backs on the Terps’ opening day depth chart, Locksley thinks there will be plenty of touches to go around in the running back room.

“All these guys are great with the ball in their hand, and you’re gonna see three, four running backs play for us throughout the year,” Locksley said. “If one gets the hot hand we will continue to ride him as he continues to deliver and be productive.”

Littleton and McDonald will both try to become that hot hand as the Terps open up their season against Buffalo Saturday. Maryland’s fall camp added another chapter to a long history of competition between the two running backs, and in the process, only strengthened the bond between the two.

“[We’re] real close, and going through camp and all this other stuff, the workouts, it just makes us even closer,” Littleton said.

“Proud to see him come up,” McDonald said.