COLUMN: Going for it on fourth down could elevate Maryland football to new competitive levels 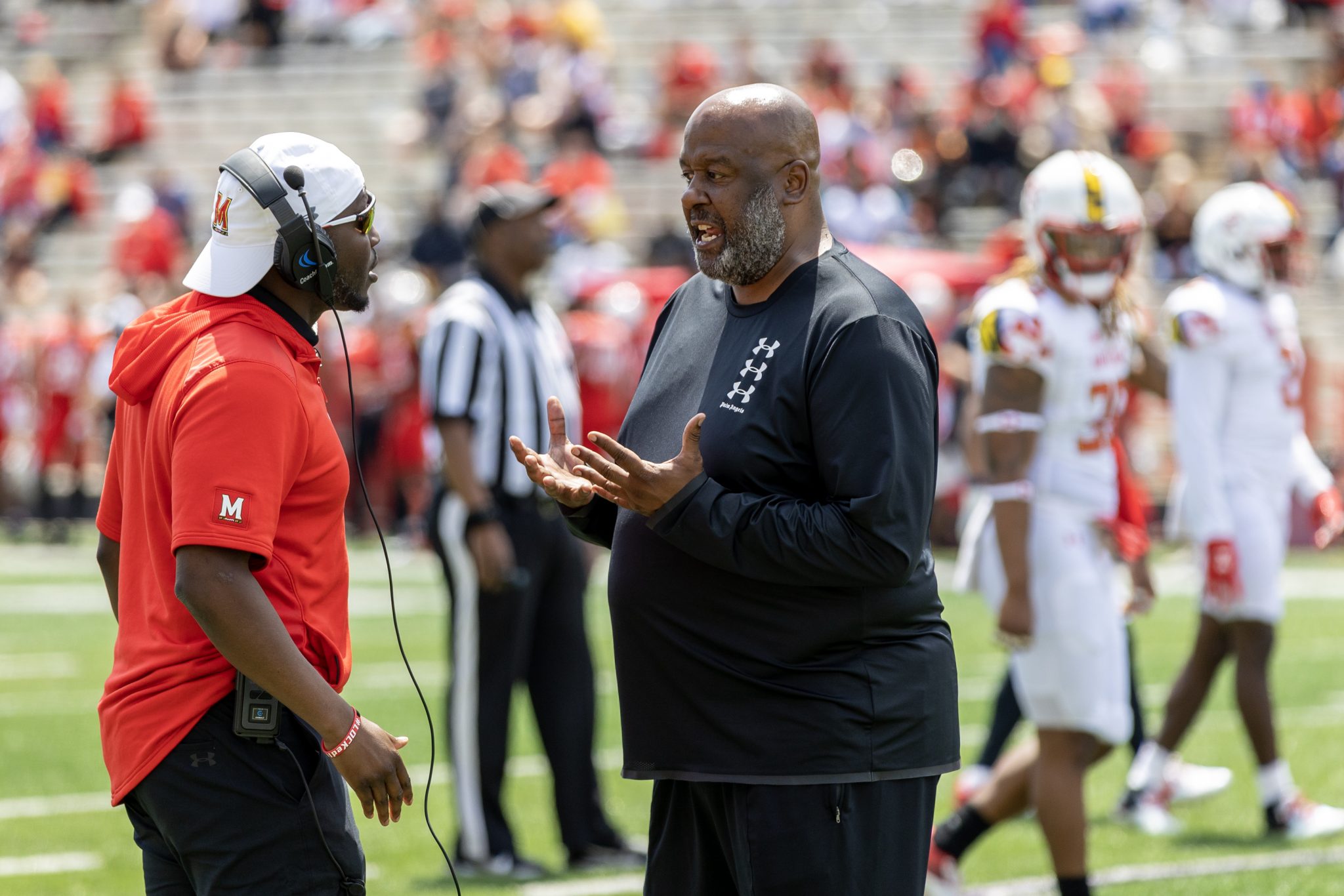 Year after year, we as Maryland football fans have watched a team incapable of escaping from the grasp of mediocrity. Losing seasons, bowl game embarrassments and a toxic football culture culminating in the tragic death of Jordan McNair have tarnished Maryland football’s image.

However, the tenure of coach Mike Locksley has bred optimism for the future of Maryland football. With Locksley nabbing the team’s first bowl win in more than a decade, Maryland football has an opportunity to catapult itself into greater relevance.

Going for it on fourth downs more frequently this year would set up this team to improve. Fourth down decision making in football has been both entirely unquestioned and overly simplistic.

Fourth down? Punt or kick a field goal depending on the distance away from the opponent’s end zone. Unless teams did not have enough time left to give possession back to the opposing team, no one ever really scrutinized teams’ unwavering conservatism. But the reality is the overwhelming timidity in fourth down decision making leaves points — and wins — on the table.

Recent studies on historical NFL fourth down data suggest teams are generally far too conservative in their fourth down decisions. One study indicates teams should go for short-distance fourth downs even on their own half of the field. The paper also proposes that if teams adopted this strategy, they would stand to gain more than two percent in win probability over the course of a season.

However even when teams see the data, they are not always willing to commit to making analytically sound fourth down decisions.

For instance, the University of Virginia implemented a fourth down modeling tool its coaches could use to make optimal decisions, but coaches were still too conservative when the stakes were high. When they were within field goal range, more than half of the time the model indicated it would be in the team’s best interest to go for it. Instead, they kicked the field goal.

In order to implement effective fourth down decisions, it is crucial the Terps’ coaching staff more strictly adheres to going for it on fourth downs when the models indicate they stand a significant gain in expected win probability.

It is especially crucial when going for it is not the easy decision to make.

Take Ole Miss coach Lane Kiffin, who has been heavily ridiculed for following the analytics on fourth downs. In its game against Alabama this past season, Kiffin was lambasted after going for it five times and failing three times, all of which led to Alabama touchdowns.

However, predictive models analyzing fourth down decisions labeled all of Kiffin’s decisions correct or toss-ups. Ultimately, Kiffin’s decision making paid off as during the 2021 season, the team converted 31 of its–FBS record–49 fourth down conversions enroute to a 10-3 record — the team’s best winning percentage since 2015.

Nevertheless, we as Maryland football fans should support our team, even when sometimes aggressive fourth down decisions do not work. Bumps in the road are par for the course and there are certainly going to be times in which  — in hindsight — I wished the team had played more conservatively.

However, over an entire season, mathematically sound fourth down decisions will work more often than not. In addition, this university’s athletic department cannot cower to the criticism they would endure in buying into this aggressive strategy. No longer should we as fans accept our team following “traditional” convention, when it comes at the price of wins.

While it may go against traditional football dogma, optimizing fourth down decisions could play a big role in elevating the Maryland football program to national status. An extra win a season can be the difference between getting a highly touted recruit to come to play at Maryland, or making a highly touted bowl game and sitting at home watching another team play in the spotlight.

I’m sure I, along with all students, fans and alumni, want to see a Maryland football team that is no longer a pushover. Going for more fourth downs this season is a key step toward competing against the elite teams in the Big Ten.