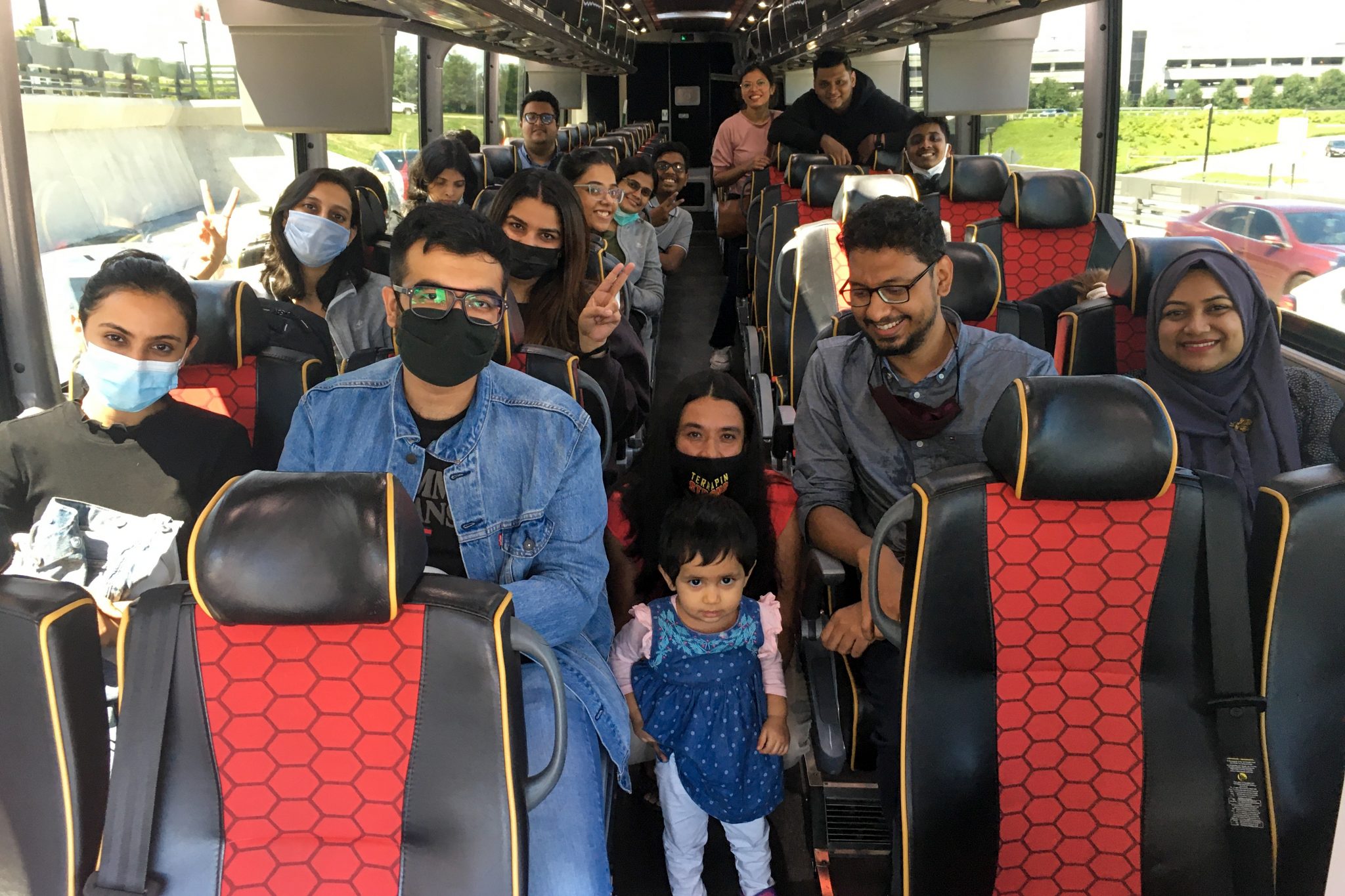 Siddhesh Ranade, the Graduate Student Government’s operations director, coordinated the organization’s annual shuttle service that transports incoming international students from Dulles Airport to the University of Maryland. Planning for the service, which included working with the Department of Transportation Services for buses and finding sponsors, took about three months.

Ranade, a second year software engineering graduate student from India, understood the struggle it could be to find a way to the campus from the airport. Although he had friends who used the shuttle, he had forgotten to register for the service and had to take an expensive Uber trip from the airport to campus.

“It really has been helpful for students, not just in saving money, but just giving them a kind of reassurance,” Ranade said.

Various departments funded the service this year, including the International Student and Scholar Services and the graduate school. The GSG advertised the shuttle and emailed a registration link to incoming international students. Then, the organizers grouped students arriving in the U.S. on the same day and assigned them a volunteer to lead and guide the group of new students on their trip back to the campus.

Anonnya Islam, a community planning graduate student, traveled from Bangladesh to pursue a master’s degree at this university. Along with experiencing culture shock and struggling with the language barrier, she also worried about finding a ride to school with all of her luggage.

“I was very relieved that something will be there to pick me up, and I don’t have to worry about it. It’s a new place,” Islam said.

Even as a student from the U.S., Laura Palarz felt the transition into graduate school was difficult.

“There’s a lot of life stuff that goes on that you just have to get acclimated to,” the second year agricultural and resource economics doctoral student said. “Moving to a new country — that adds a whole other layer of difficulty.’”

Palarz, the GSG representative for the agricultural and resource economics program this year, volunteered for the shuttle service to learn more about the university while helping new students. The students in her group expressed that the service made their transition much easier.

While volunteers and students involved in organizing the shuttle believed the service was helpful and important, some international students noted there were other obstacles they had to overcome with minimal guidance from the university.

Between loads of paperwork and a lack of direction from her department, Islam said she wasn’t given explicit directions or a guide to follow. For students such as her who face difficulties acclimating to a new culture in the U.S., support systems such as the shuttle are helpful.

“You get directions from your country to come here, but after coming here, you’re just lost,” Islam said. “Having that backup … it was really nice.”