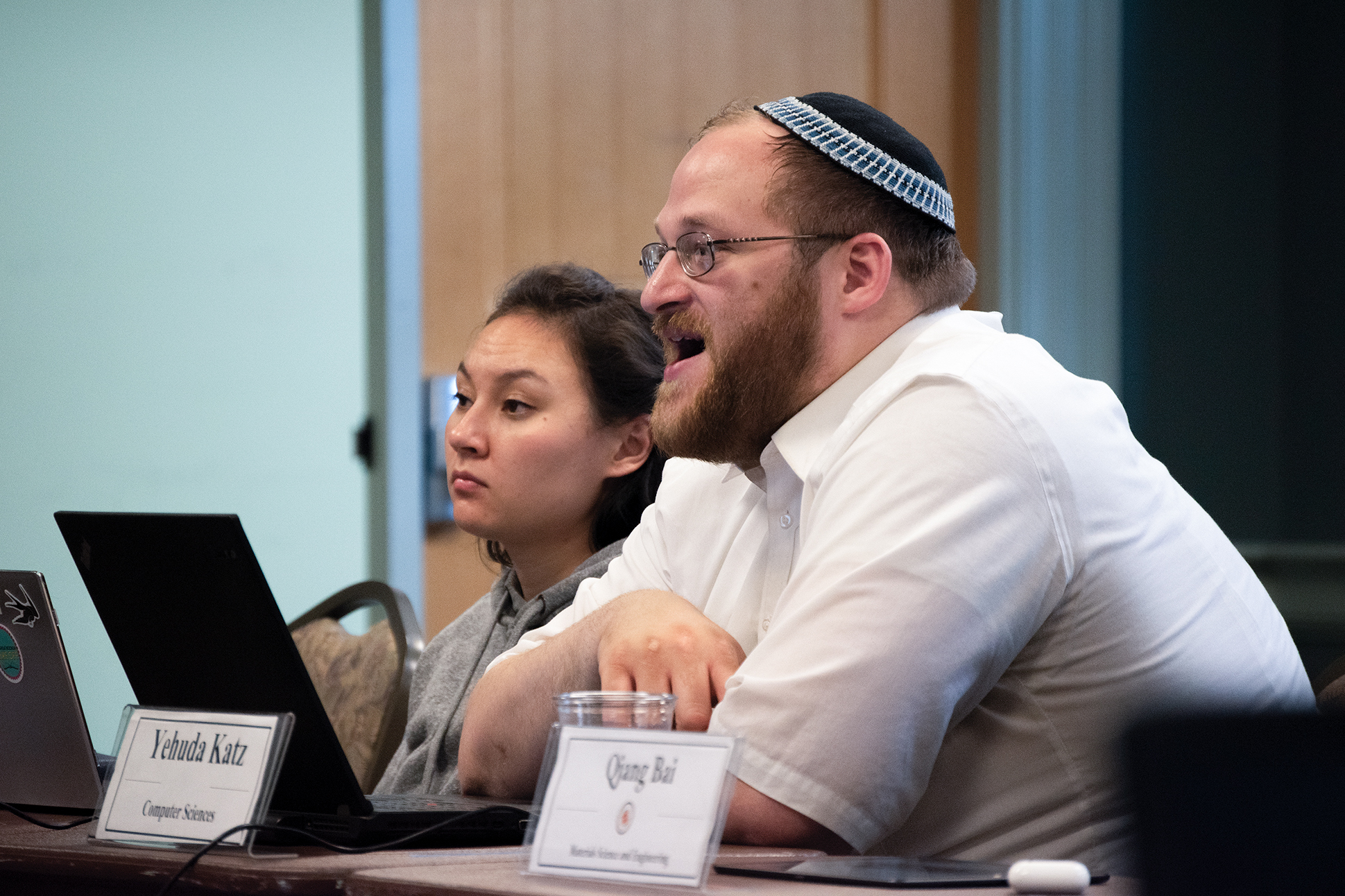 The University of Maryland GSG passed resolutions to address financial and academic issues and promote diversity and inclusion at its virtual assembly meeting last Friday.

However, GSG representative Yehuda Katz said he has been at this university for a “really long time,” and it used to be easier to drop credits.

“You’d have problems like people going into the semester, knowing that they were planning to drop credits, and then other students would not be able to get into the courses that they wanted,” the computer science doctoral student said.

Ultimately, GSG passed the resolution with 22 members in favor and with two who voted against the measure.

GSG also considered a resolution that urges this university’s departments to provide “effective documentation to graduate students regarding their academic opportunities, timelines and requirements,” according to the resolution.

“In some departments, there is no clarity on, for example, what courses that you have to take, what is the timeline and how things look like in different years in the program,” GSG representative Janisa Hui, a school psychology doctoral student, said.

Many graduate students may be adversely impacted by missing deadlines or failing to meet department or program specific requirements due to a lack of clarity and accessibility in guidelines, the resolution said.

“Without a clear handbook or communication from the department, a lot of students may find out too late they don’t meet the certain requirement that the department asks for,” Hui said.

The resolution calls for the university to “provide coherent guidance and the necessary information to allow students to navigate their program-specific academic and research requirements.”

The resolution passed with 19 GSG members in support, one against and one abstained.

The meeting also covered topics regarding diversity and inclusion.

GSG discussed a resolution that urges this university to remove gendered language — such as he/she pronouns — from graduate school policies. The resolution said this would be “more inclusive of all possible gender identities of the students to which the policies refer.”

“But, as I’m sure you’re all aware, there is a lot of diversity in how people identify now beyond this gender binary,” Wy said. “To better promote this diverse community … we wanted to create this resolution to call upon the graduate school to change this verbiage.”

The resolution passed with 18 members in support, one against and two abstained.

GSG also considered a resolution that “calls upon the graduate school, the Office of Diversity and Inclusion, and the Division of Student Affairs to ask for phonetic spelling when hosting events that involve pronouncing students’ names,” according to the resolution.

“The issue of name mispronunciation occurs at the University of Maryland and its events where student names are read … it can be harmful for an individual to experience repeated
mispronunciations of their names,” the resolution said.

The resolution passed with 17 members in support and two who abstained from voting.

Finally, GSG passed a resolution that calls upon the university to ensure it correctly displays each student’s name — particularly when a student has multiple first names.

“Having multiple first names is particularly common in Spanish-speaking cultures and Asian cultures,” the resolution said. “In the name of diversity and inclusion, the issue of correctly displaying these names should be addressed by the university.”

The resolution passed with 19 members in support and two who abstained from voting.

The next GSG assembly meeting is scheduled for May 13.