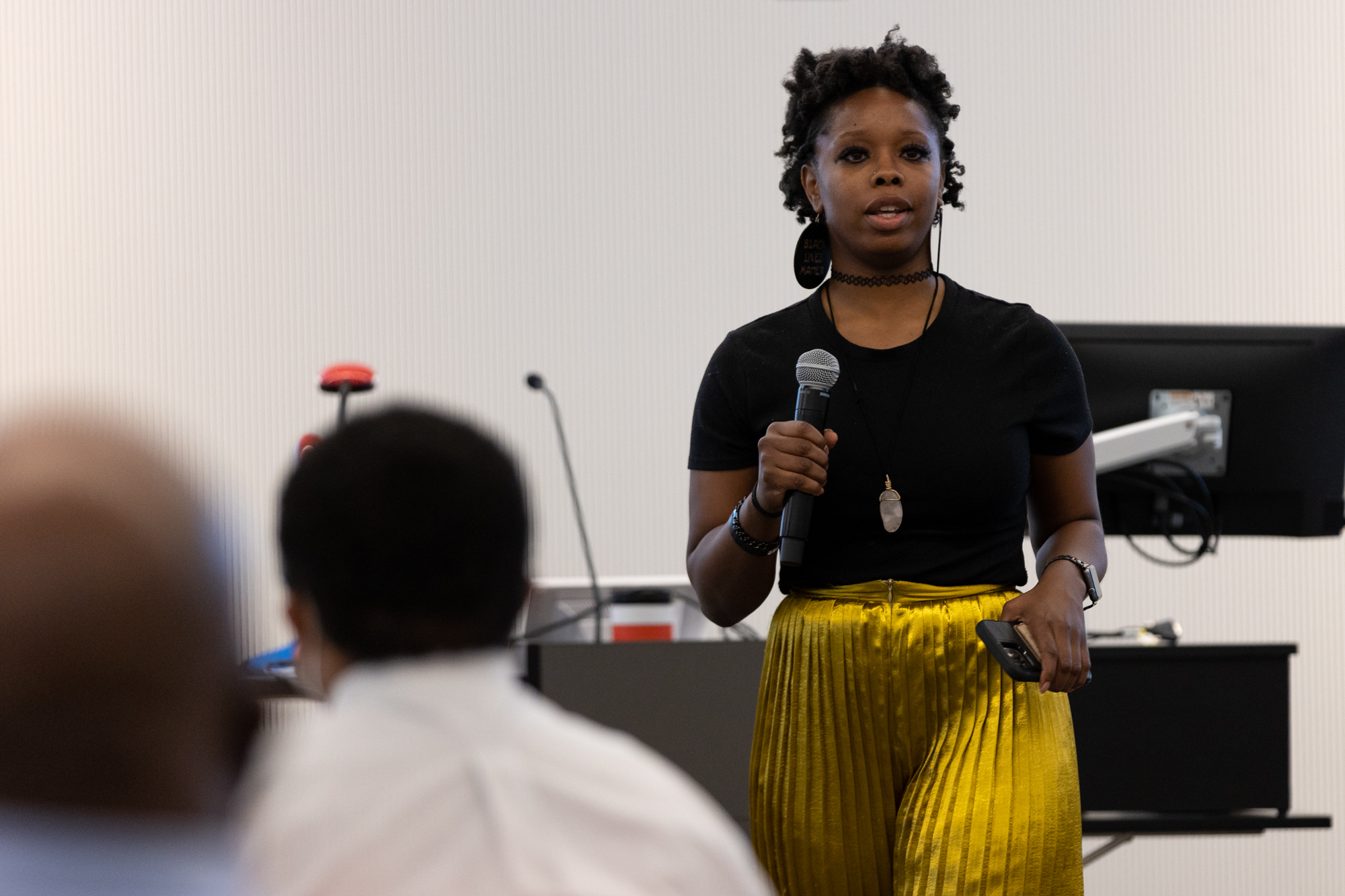 Black student leaders called for University of Maryland administrators to be more transparent and push for more student involvement in a Wednesday town hall, updating the campus community on the progress of the 25 demands.

“A lot of people in this room know my name, not because I introduced myself but because they heard about me because I talk a lot,” university alum and Black Terps Matter co-founder Saba Tshibaka said. “There’s nothing wrong with talking a lot because that’s how you get things changed.”

In October 2020, a task force of five Black student leaders brought a list of demands to this university’s administration, highlighting issues they wanted the school to address. The demands, which the university calls “critical issues,” encompass topics including campus policing, mental health services for Black students and the university’s relationship with Prince George’s County.

Nearly two years after the task force delivered the demands to university administration, the dashboard that tracks university progress on the demands marks 19 of the “critical issues” as completed or in sustained commitment and the other six to be in progress.

But Tshibaka said demands such as number nine, which demands the university administration be transparent and accountable in following through on the critical demands, should not be categorized as “completed,” as university President Darryll Pines did.

“We’re not finished holding the administration accountable,” Tshibaka said at the event.

She added that “sustained commitment” and “completed” are not interchangeable. The university administration should differentiate between which demands have been completed versus need to be sustained, as the two categories are currently grouped together, she said.

Demand 15, which demands this university divest from the Maryland Correctional Enterprises — which sells furniture made by prison labor to this university — businesses and companies that invest in the MCE and the prison industrial complex, should also not be marked as “complete” or “sustained commitment” because the university has not fully divested from these institutions, Tshibaka said.

“That means that we need to fix that from a … ‘sustained commitment’ to ‘in progress’” Tshibaka said. “Because if you really get down to the nitty gritty … we aren’t actually ready to divest.”

The Black Engineers Society has a lounge on campus, but it does not match the quality of other student groups’ resources, Josiah Bedford, a senior mechanical engineering major, said.

“The room literally seats maybe 10 people comfortably, and that’s — that’s a stretch,” Bedford said. “If you want to increase Black student retention and recruitment you should start with making sure they’re comfortable when they get here.”

In a discussion about demand five, which demands an increase in the number of BIPOC counselors represented within the University Counseling and Health Centers, Aaron Wright, a junior journalism major, said he found it difficult to share what he was going through with his freshman year counselor.

“I was hesitant in sharing all the things that I went through as a Black person, simply because they weren’t Black,” Wright said. “There is a level of trust and level of understanding that is unmatched when it comes to having a counselor that not only looks like you, but understands the struggles that are very particular towards coming to a [predominantly white institution] as a person of color.”

The counseling center also offers a racial incident hotline, which Christina Sessoms, a doctoral student in the American studies department and a board member of the BGSU, said should be added to the required materials section of every syllabus.

President of the BGSU, Jehnae Linkins, who has been involved with the critical demands since their fruition in 2020, said while university administration has made effort to meet the demands, there needs to be a higher turnout of students supporting these initiatives.