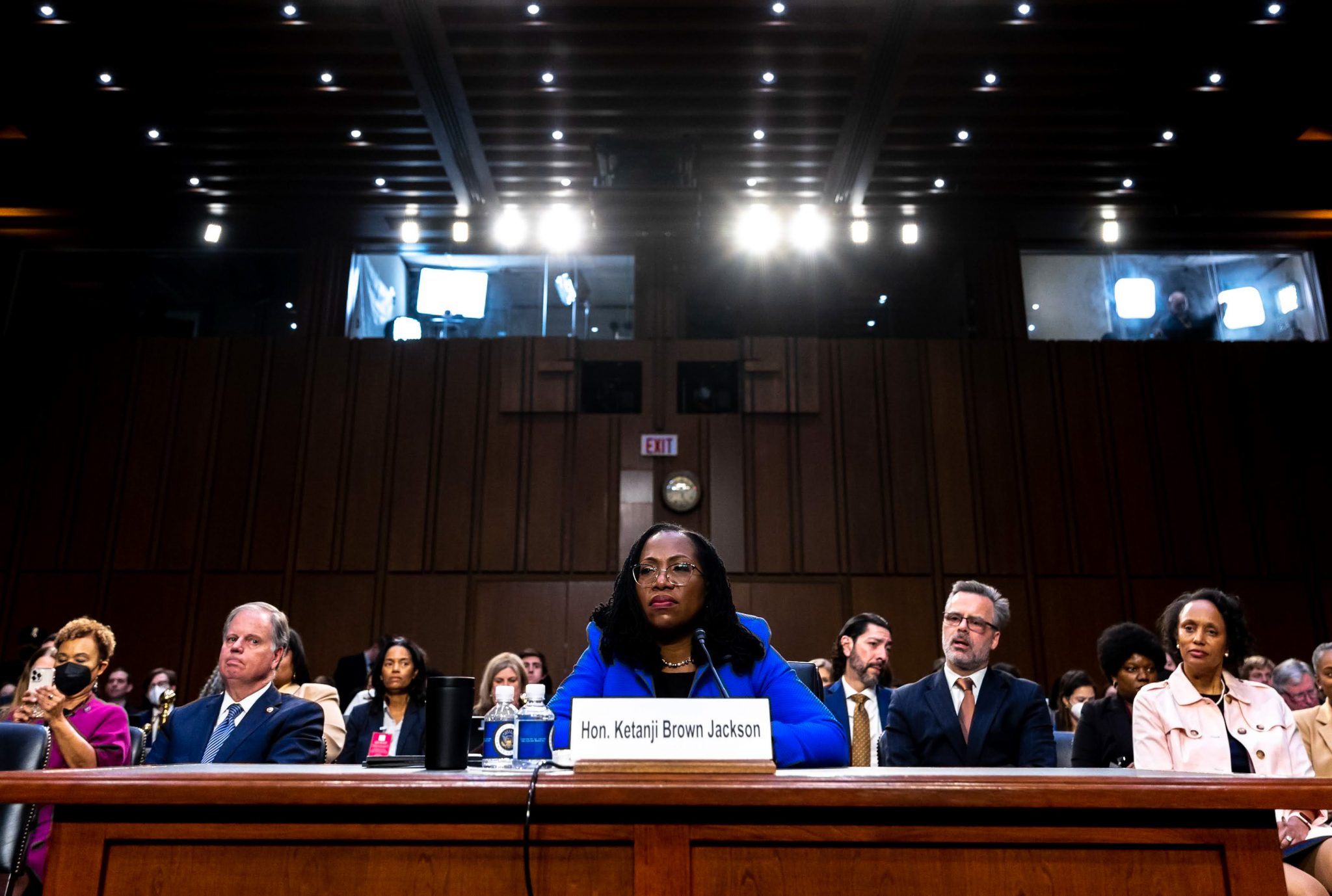 At times, Johnson said she has felt like she’s not enough.

But with Jackson’s recent confirmation to the U.S. Supreme Court, Johnson gained a sense of reassurance and feels more accepted in professional spaces, especially as someone who is interested in law and politics.

“It gives me hope. Sometimes it can be overwhelming, especially at a predominately white institution,” Johnson, a sophomore African American studies major at the University of Maryland, said. “[Jackson’s confirmation] keeps me motivated and lets me know I’m in the right direction.”

Other students at this university view Jackson in a similar, monumental light.

Ezinma Okusogu, the founding president of the Black Pre-Law Association at this university, said when she wanted to pursue a profession in the legal field two years ago, she found it confusing that a lot of people in the field didn’t look like her or share similar experiences.

But with Jackson officially becoming a Supreme Court justice, Okusogu, a senior government and politics major, said it reaffirmed her belief that anything is possible.

“She has broken a barrier that no one else has,” Okusogu said. “[She’s] someone that we can all aspire to … [and] made our path a little easier.”

Faculty at this university voiced their excitement for Jackson’s confirmation, too.

Christine White, a senior lecturer in this university’s criminology and criminal justice department, said ever since Jackson’s confirmation, she has been talking about it in all of her classes.

Black attorneys overall represent about 4.7 percent of lawyers in the U.S., according to White. Black female attorneys make up an even smaller percentage, which is what makes Jackson’s confirmation hopeful, White said.

“To see Ketanji Brown Jackson where she is and confirmed is wonderful,” White said, adding that she’s thrilled her 7-year-old daughter is able to experience history.

Chryl Laird, an assistant professor for this university’s government and politics department, said Jackson’s confirmation as a Supreme Court justice brought tears to her eyes.

“It’s incredible to even look at the court and see somebody who looks almost just like me,” said Laird, whose research focuses on Black political behavior. “Particularly for African American women, [who] have been the backbone of this country.”

Brian Gilmore, a senior lecturer in this university’s law programs, who was also a practicing lawyer, hoped Jackson would be a Supreme Court justice before she was officially nominated.

What makes Jackson stand out to Gilmore is her past experience being a public defender. Public defenders have to be empathic and judge cases individually, how Supreme Court justices should be, Gilmore said.

Faculty at this university also shared their opinions on how some right-leaning senators have treated Jackson in her confirmation hearings.

Gilmore said it was embarrassing to watch senators such as Lindsey Graham press on Jackson by asking unrelated questions. He added Republicans aren’t the only ones to blame for the deteriorating confirmation process.

Judge Alexander Williams Jr., who was nominated by former President Bill Clinton to serve on the United States District Court for the District of Maryland and is now the director of the university’s Judge Alexander Williams, Jr. Center for Education, Justice and Ethics, said some of the Senate tried to falsely portray Jackson in a negative light.

Williams found it disappointing the confirmation wasn’t really a bipartisan decision, because only three Republican senators voted for Jackson’s confirmation.

“[Jackson] remained respectful and tried as best she could to answer the questions,” Williams said. “We finally got the opportunity to put up a highly qualified Black woman and have the presence and the voice of a Black woman.”

Some said the way the majority of the Republican senators have contested Jackson is frustrating, but it isn’t surprising either.

“I am not surprised by this Senate hearing process that she went to but also was a bit taken aback at the same time viewing it,” Laird said. “I also think that the types of questions that she was asked deliberately spoke to aspects of her identity, particularly her race and gender.”

Laird thinks Republican senators that questioned Jackson knew they were going to have a hard time convincing people she wasn’t qualified to be a Supreme Court justice, which is why they came up with the arguments they presented.

Okusogu said while it’s inspirational to see a Black woman on the highest court in the country, Jackson’s confirmation shows that racism and misogyny still exist.

Students also appreciated President Joe Biden for keeping his promise on nominating a Black woman to the Supreme Court.

“To me, it feels like a reminder that there’s a much bigger community of Black women … who have been working and carving this path,” Okusogu said. “To make more space for the rest of us, and that is a comforting feeling for me.”