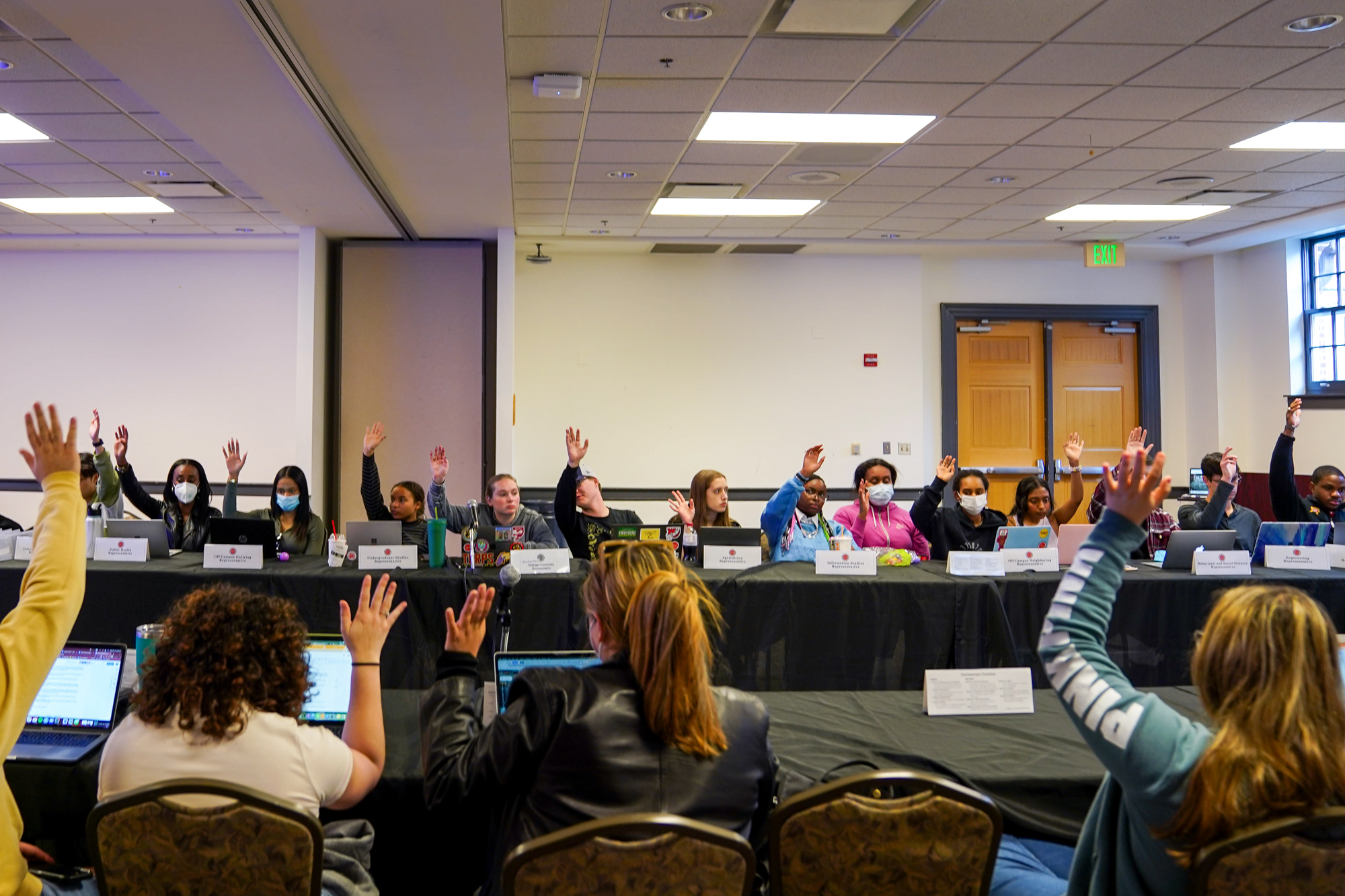 The University of Maryland SGA passed a resolution supporting the university in providing infrastructure to the information studies college during the general body meeting Wednesday night.

Many in the Student Government Association supported the information studies college in having its own particular space on the campus, considering the only “home base” for majors in this college is currently the advising office in Hornbake Library. Student representatives debated whether they should be asking the university to build a new structure for these students or simply assign an already existing place as a more official building for the college to have most classes in these majors held.

Joshua Winston, the public policy representative, said when President Darryll Pines visited last week’s SGA general body meeting, he specified to information studies representative Toluwalope Bashua — who is also the sponsor of this bill — that he has been in conversations with the strategic planning committee for a potential space to be designated for the iSchool.

Bashua said the bill included language that allowed for flexibility and ease of financial concerns by offering the university the option to use an already existing building or create new infrastructure.

“The action plan says allocate a physical space which can be a whole new building or can mean an existing building,” Bashua, a sophomore information science major, said.

Winston, a senior public policy major, said the iSchool is one of the colleges with the largest enrollment on campus, so they deserve a better “home” on campus.

“Rather than having the departments within their schools spread out, consolidating under one roof would attract more students, more investment, research, financing and professors for the university,” Winston said.

The Office of Institutional Research, Planning and Assessment calculated a headcount of student enrollments per college at the university in October 2021 and listed the information studies college in the top 10 highest colleges of undergraduate enrollment, with a population of 1,207.

Nicholas Marks, the education representative, said this bill follows along the same lines of a bill passed last semester to renovate the lobby of the Benjamin Building, the home of the education college. Given the larger size of the information studies college, it makes sense to benefit those students, the freshman secondary education and government and politics major said.

Winston emphasized the need for the physical space for those in the college and said the students are ready for a new information studies building.

“Despite what financial burden it may have on the university in the short run, in the long run, I’m sure it will have a positive impact,” Winston said.

The bill passed with 27 votes in favor, zero against and two abstentions.

CORRECTION: A previous version of this story misspelled SGA information studies representative Toluwalope Bashua’s name. This story has been updated.