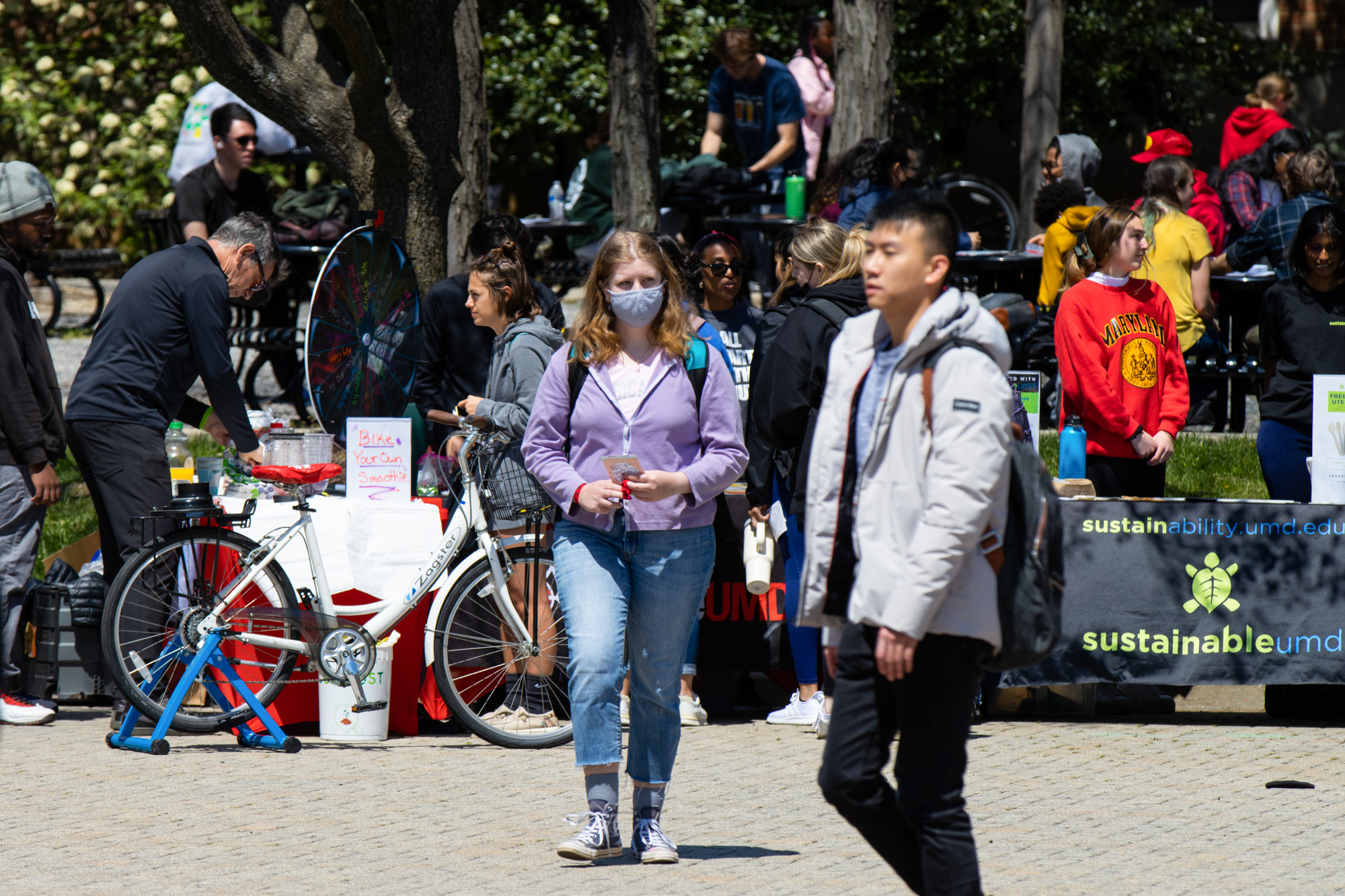 The University of Maryland celebrated Earth Fest in Hornbake Plaza on Wednesday, which featured more than 20 booths focused on different aspects of sustainability from different student and campus organizations.

“Even if you’re just walking past, you realize that there are people passionate about sustainability,” freshman electrical engineering major Forrest Milner said. “Even if you’re not interacting with the booths, you’re realizing maybe that could be something that I should be thinking about myself.”

The event was hosted by the Office of Sustainability and the Student Government Association Sustainability Committee as a part of this university’s Earth Month, which has included events and activities throughout April aimed at celebrating the Earth.

Fran Riley is a member of the SGA Sustainability Committee and worked with Save Guilford Woods, so when she heard about Earth Fest, she decided to sign up for a booth.

At Riley’s booth, she and others involved with the Save Guilford Woods initiative talked to students and asked those who visited the booth to sign their petition and to write postcards to the Prince George’s County Council.

“I hope people will learn about the Adelphi Road sector plan, which basically puts Guilford Woods at risk all over again,” Riley said.

Riley said there are many different ways her group’s cause relates to sustainability, such as preserving forests and biodiversity.

Different booths across the event addressed sustainability in a number of ways, often giving out keepsakes to the participants that visited them. Many included various trivia activities where students could win prizes such as succulents, toys, seeds, candy and more.

The XR Club at the university hosted a booth where they had videos displaying different sustainability-related issues through virtual reality goggles.

Maya Narayanasamy, a senior computer science and economics major, who was working at the booth said that her booth is an interesting way to immerse in different sustainability issues and helps to show different ways that technology can make an impact in the community.

“XR is something that can really be immersed in so many topics and fields that it’s such an interesting topic on its own, but really, the application of it is also really important,” Narayanasamy said.

Madison Fischman, a senior civil and environmental engineering major who attended the event, said she liked seeing the different perspectives each booth used to educate people about the environment and sustainability.

“I think it kind of helps you bring home the experience and the things you’ve learned,” she said.