What do Taylor Swift and ‘Midnights’ mean for the world of music? 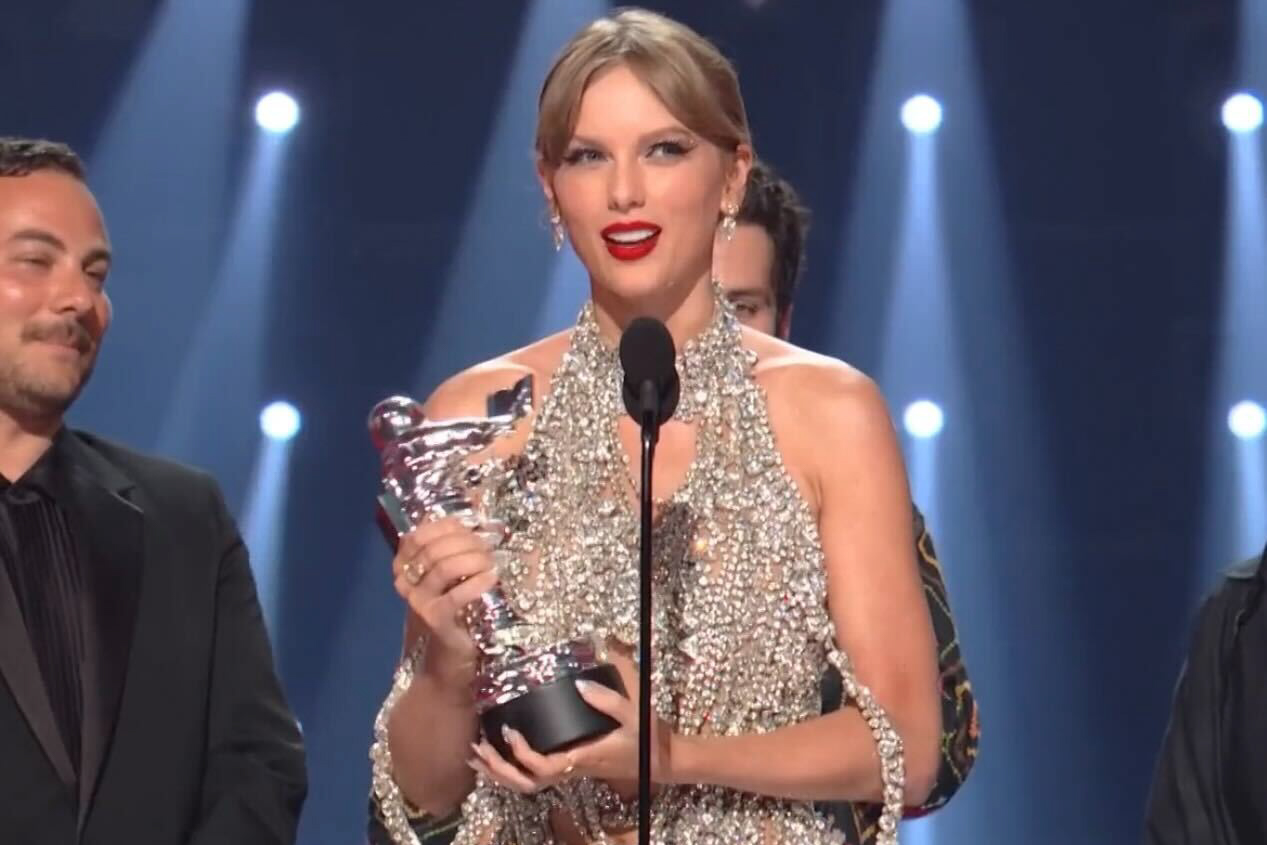 We find ourselves at yet another anticipated annual occurrence of Taylor Swift breaking the internet. This past Sunday, at the 2022 MTV Video Music Awards, Swift accepted her award for Video of the Year for “All Too Well: The Short Film” with a speech announcing her next studio album, Midnights.

Twitter has already given the album rave reviews despite it not being out yet, saying things such as, “Thank you for changing our lives.” The record is set to be released Oct. 21. It’s evident no one can ever get enough of Swift, even when she released two albums within five months of each other.

It’s the discography you thought couldn’t get any longer. Swift is now the modern-day Beatles. After the release of Midnights, Swift will have cranked out four studio albums in the past three and a half years — six if you count the re-recordings — producing music at an exceptional rate. Swift is and will continue to be the epitome of industry giants to know in popular music history courses.

Swift has broken quite a few records, setting precedents and, honestly, establishing the limits of the music industry for the past decade with 34 American Music Awards — the most anyone has won.

“Not the type of doctor you would want around in the case of an emergency, unless your specific emergency was that you desperately needed to hear a song with a catchy hook and an intensely cathartic bridge section,” Swift said.

Her personal and even fictional lyricism are elements in her signature songwriting style that eschews her from genre. It is incredible how agile her style is, remote from the media and how people react to or perceive her.

We can see this in Swift’s post-Reputation discography as it serves a different purpose in the popular music canon today than her discography did before 2017 — which, by the way, what a time to be a Swiftie! Even with the coining of the phrase “Taylor’s Version” we’re seeing a more authentic version of this artist that pleases listeners every time.

In fact, this record may imply Swift is prepared to unveil her most authentic self at the most raw time of night —  midnight. And Swifties will blindly follow and relate as any other fandom would, as it’s already happening.

Swift is continuously kinetic and her fans are ready to follow. The 13-track Midnights album will most likely not disappoint anyone, but I think it will serve her fans well. I’m hoping to find this album admittedly more intimate than the ones before it. And we’ve seen Swift head in this direction before.

In Midnights, we may see a side to Swift we’ve only ever seen a glimpse of. I’m hoping it’s a natural change in her artistry that inspires the rest of the industry.

She’s a giant for a reason; with the snap of her fingers, half of the world’s ears will perk. I believe we’re witnessing an incredible development in our music industry as it fluctuates in response to Swift’s societal impact. The music industry needs amicable artists that will never disappoint, and I believe Swift will continue to be one of them, regardless of what she produces, for the rest of time. Midnights might predictably be overrated, but Swift’s perpetual inability to disappoint is a social, and perhaps musical, propriety.