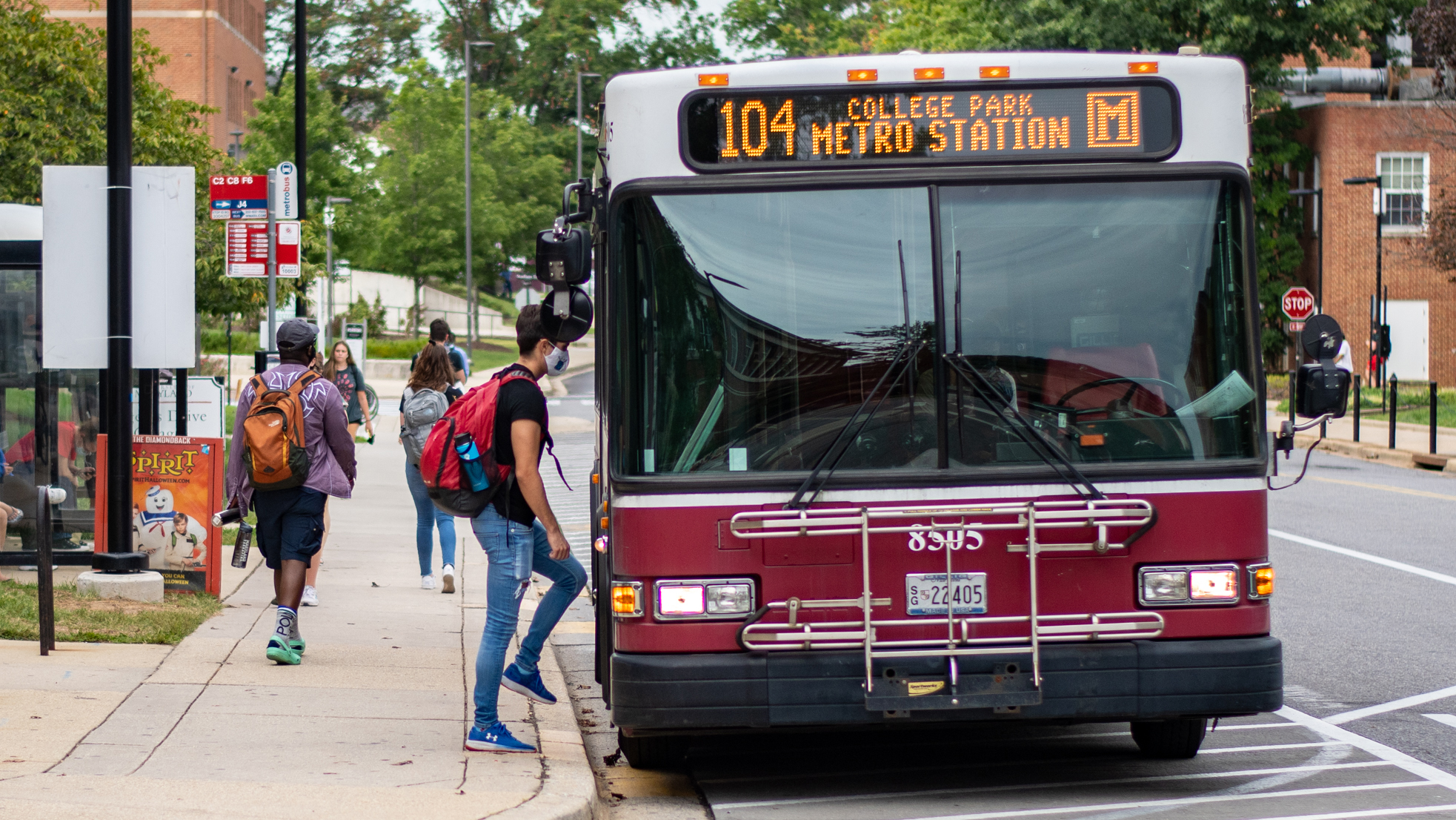 The University of Maryland Department of Transportation Services has reinstated the fall 2020 route for Shuttle-UM #104 College Park Metro, discontinuing 15 stops.

The #104 no longer includes a stop at the Memorial Chapel, which was highly popular among students living on South Campus. In addition, the shuttle will now begin and end service on the east side of the College Park Metro Station instead of the west side.

The new route garnered mixed reactions from Metro riders at this university.

Junior mechanical engineering major Jacob Glazer said he uses the #104 a few times a month and that the inconveniences outweighed the marginal benefits of the change.

Glazer also said the new route is faster and offers easier access to Metrobus transfers on Bay E, but found the change to be more inconvenient for South Campus riders and MARC train riders.

“The old route was a lot more convenient because it was just steps away [from the MARC station] and now you have to cross underneath the tracks, which takes a while,” Glazer said.

Despite the changes, the #104 is still expected to take 24 minutes round trip from the Regents Drive Garage to the College Park Metro Station’s east bay and back.

Shuttles will also continue to run every 24 minutes when one bus is in service and every 12 minutes when two buses are running. The full schedule is on the DOTS website.
In a statement to The Diamondback, DOTS cited the construction on the east side of the Metro station in 2020 as the driving force for initially altering the route to encompass South Campus.
DOTS said in the statement that it “prioritizes returning the route to its original state as promptly as possible” now that construction is over. DOTS also encouraged riders to explore other means of transportation to the Metro station, including VeoRide electric scooters and bikes, regional transit and ride-sharing services, according to the statement.

Sophomore computer science major Patrick Gough lives in Prince Frederick Hall on South Campus and used the Memorial Chapel stop for the #104. While Gough acknowledged the longer walk to the Regents Drive Garage stop, he said the new route reduces his commute time due to the decreased traffic.

“When I rode [the new route], it did feel a bit faster because the route is a lot more direct and has fewer stop signs, traffic control and pedestrian crossings … I think it’s a sacrifice that we should be willing to make,” Gough said.

Gough said another benefit of the new route is easier access to the Metrobus and Prince George’s County’s TheBus, which are both on the east bay bus depot of the station.

As for the future, Glazer hopes the increased speed of the route could lead to an increase in shuttle service frequency.