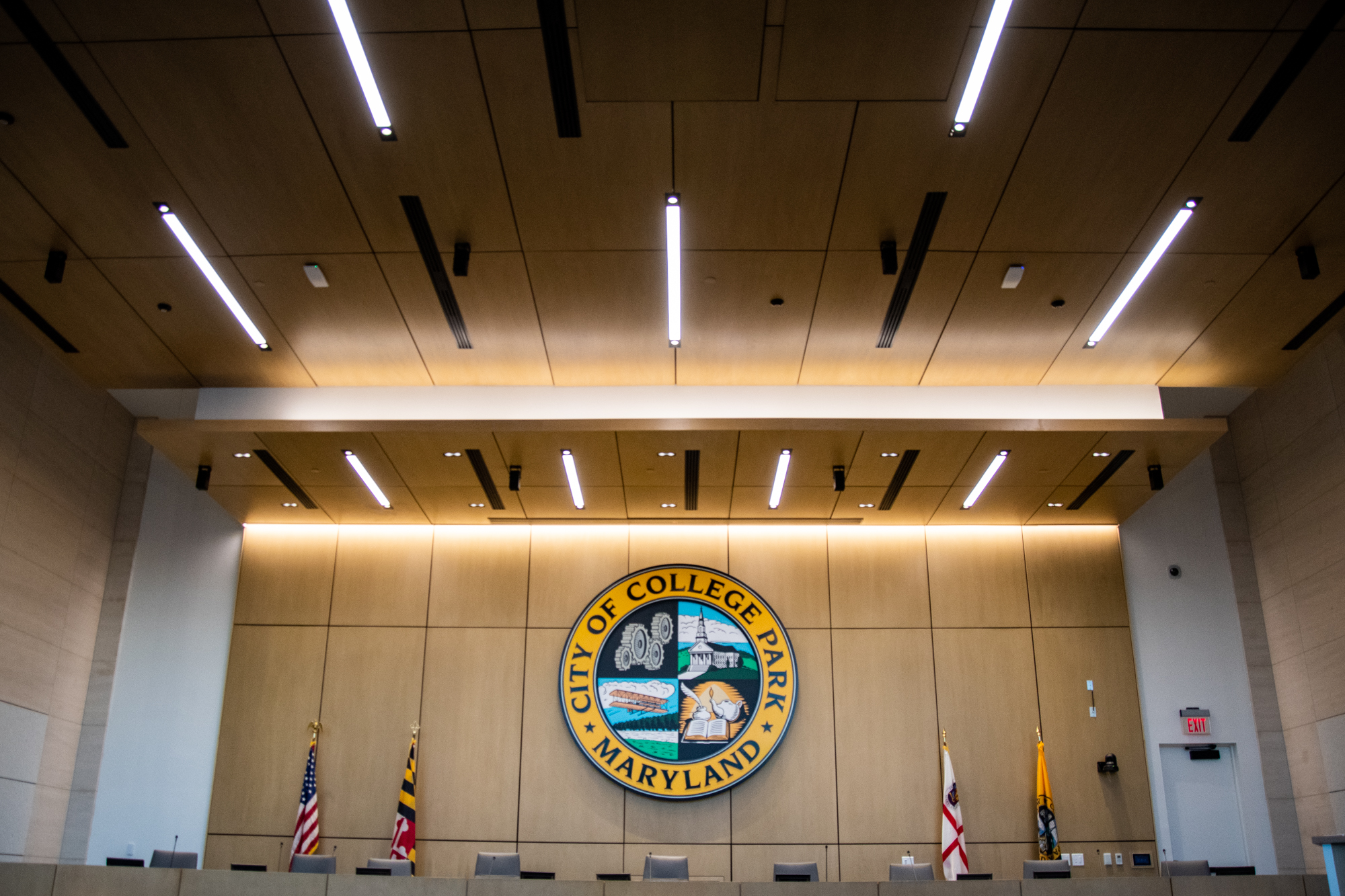 Among other initiatives, the council approved a new apartment complex’s development plan, passed the budget for fiscal year 2023 and discussed improving senior accessibility and mental health services. Here’s what you missed this summer:

The council approved the development plan for Terrapin House, an apartment complex planned on the corner of Route 1 and Hartwick Road on May 24. Located across the street from the College Park Shopping Center, the building will be between three to six stories with 175 apartments, according to the project’s site plan.

Terrapin House is set to be built on the property where Kung Fu Tea, Northwest Chinese Food and Pho Thom are currently located, as well as an apartment building and a historic single-family home.

The council also discussed two sites identified by the Maryland-National Capital Park and Planning Commission for the future location of the North College Park Community Center. When built, M-NCPPC will run the community center.

The council discussed the College Park Age Friendly Action Plan, an initiative by the city’s seniors committee to improve accessibility in College Park. The city was required to make this plan when it joined the AARP Network of Age-Friendly States and Communities in 2021, which works to make communities more livable for older people.

District 3 council member John Rigg noted some models of care for seniors can be isolating and hoped the initiatives implemented by the city would encourage intergenerational interaction.

Priority actions listed in the action plan include a community preservation trust to assist seniors with affordable homeownership and sidewalk enhancements to supplement the city’s walkability.

The plan also includes improving communication, transportation and health services for older adults. In 2021, 6.3 percent of College Park’s population was over 65 years old, according to the U.S. Census Bureau.

During the July 5 worksession, the council discussed expanding health and human services to city residents. This discussion focused on mental health services and was led by Youth, Family and Senior Services Director Kiaisha Barber.

Council members were supportive of offering online mental health services, but some had concerns with incentivizing patients to sign up for services and creating a sustainable program.

District 1 council member Kate Kennedy has attended online therapy through her insurance, and underscored the importance of mental health care and the option for virtual counseling.

“It’s been fantastic and really, really helpful,” she said.

The council agreed an assessment should be done by a consultant to determine what health needs aren’t being met in the city. Possible options could include hiring a community health officer and piloting a virtual mental health program.

The council approved the fiscal year 2023 budget on May 24. College Park has the second lowest real estate property tax rate in Prince George’s County. The American Rescue Plan Act funds for this fiscal year were split between $3 million for a community preservation trust, $2.8 million for Capital Improvement Projects and the rest for stormwater mitigation and senior initiatives.

The city was able to lower taxes for fiscal year 2023 because of the growing tax base as a result of a growing population and new businesses, according to Mayor Patrick Wojahn.

“I’m excited that we are able to once again provide a tax break to our residents and also have an unprecedented number of projects going on to enhance the quality of life for our residents,” Wojahn said.