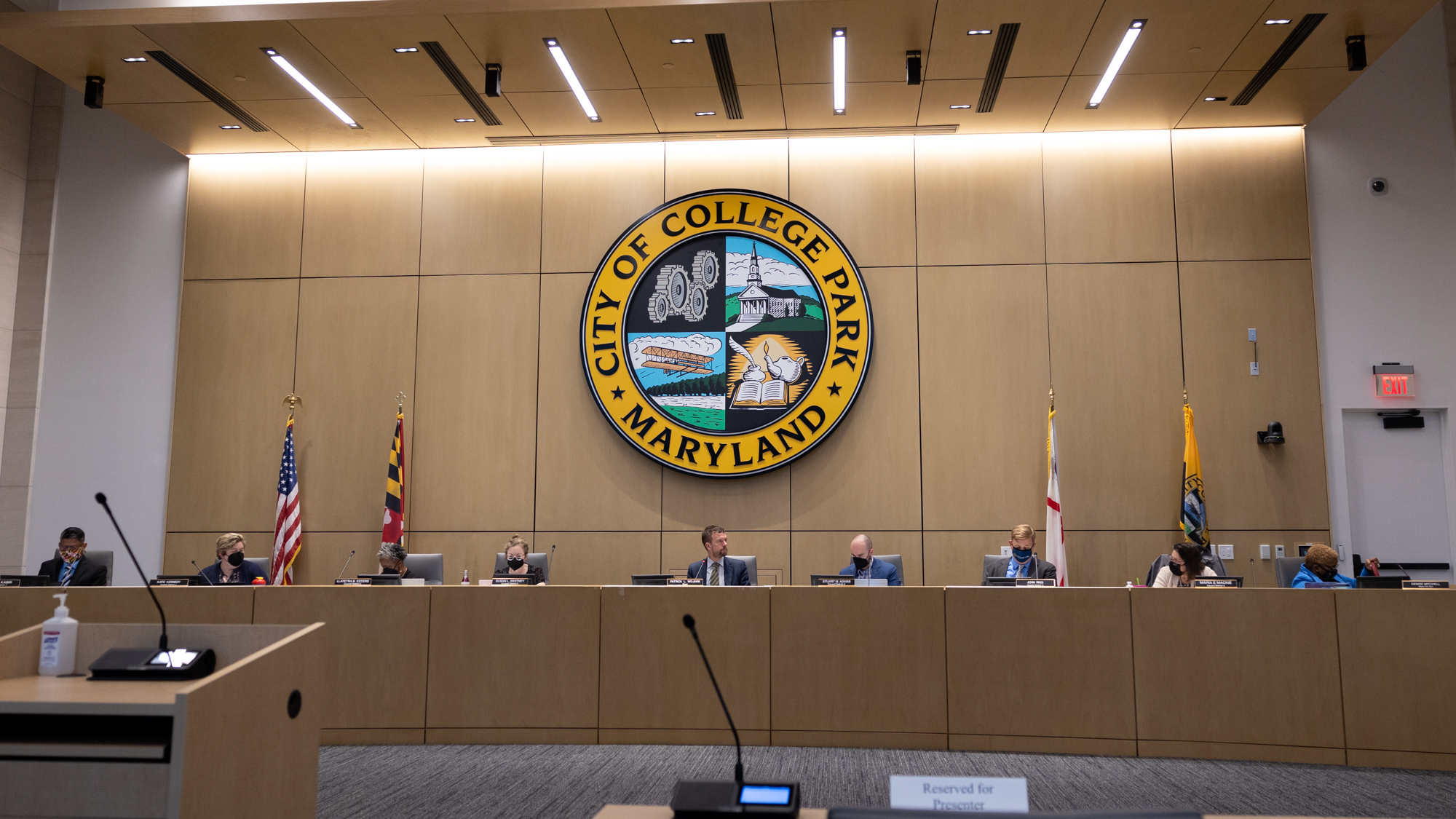 The College Park City Council discussed adding a graduate student liaison position and increasing stipends for student liaisons to the council during a work session Wednesday at City Hall.

Graduate students have different needs and opinions than undergraduates, council members said, and deserve representation in the city government.

District 3 council member Stuart Adams said the council has had “a lot of recent engagement” with this university’s Graduate Student Government.

To proceed with the process of adding new liaison positions, Mayor Patrick Wojahn said the city could put together a working group that could get in touch with graduate student leaders to determine their needs.

“As far as having graduate students, I think that it’s a definite. It makes sense,” District 2 council member Llatetra Brown Esters said.

Wojahn and District 4 council member Denise Mitchell pointed out that the council had not reconsidered the stipend in years. After some discussion, Wojahn pitched an increase to $3,600 for the student liaison and $3,000 for the deputy student liaison.

Though the current stipend is “pretty standard” for similar policy-related internships, according to Sevalia, some students with greater economic needs opt for higher-paying jobs rather than applying to be liaisons.

“I just want to emphasize again, you guys will continue to have the same type of liaisons year after year, someone whose parents are probably paying their tuition, somebody who has the ability to spend these hours to answer random phone calls with a resident at different times,” Sevalia said during the meeting. “There is a whole group of undergraduate students who will never apply for this position because they just cannot do that.”

Esters said the city should work to make the positions accessible.

“The fact that where we are now the stipend excludes a number of people from applying, actually, it takes away from the experience for so many students who would benefit from this because they feel that they can’t do it, because they have to support themselves in other ways,” Esters said.

In response to propositions about how much to increase the stipend, District 3 council member John Rigg pointed out that council members work more hours than liaisons and receive a stipend of $7,000 a year, according to city documents.

“These are, in essence, volunteer positions,” Rigg said. “I can appreciate how our student liaison, deputy student liaison and perhaps future graduate student liaison positions, you know, are not quite the same [as council members], but they’re also not quite that different either.” City officials will add the increased stipends to the budget for the 2023 fiscal year that they must approve by May 31.