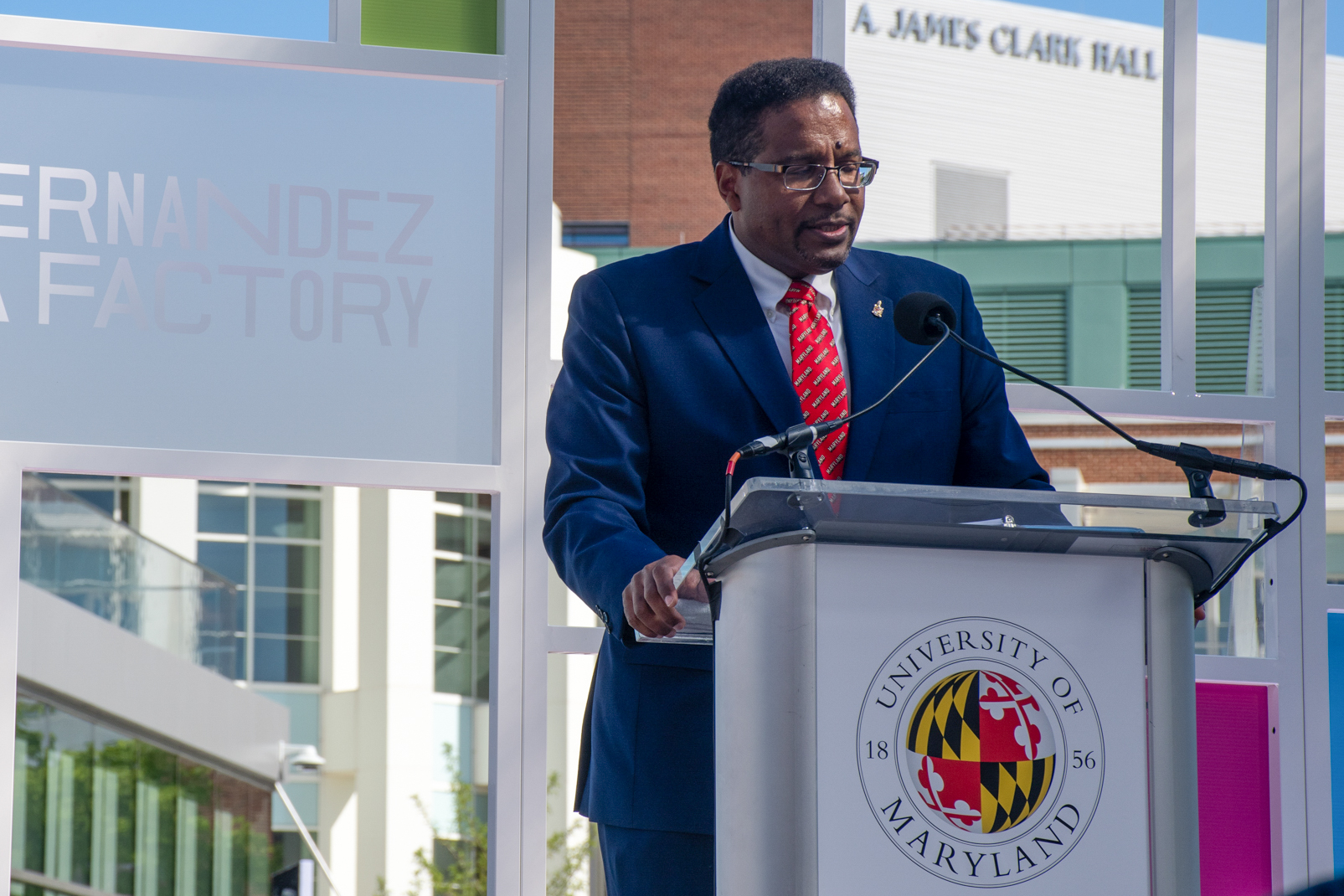 President Pines speaks at the opening of the E.A. Fernandez IDEA Factory on May 10, 2022. (Christine Zhu/The Diamondback)

University of Maryland President Darryll Pines announced that the minimum wage for student employees will be raised to $15 an hour starting Jan. 1, 2023, in an email Monday.

The university’s scheduled increase comes ahead of statewide increases for employees in Maryland. The state first adopted a $15 minimum wage plan in 2019. Under the increases, the state minimum wage will be $13.25 in 2023, and will reach $15 in 2025.

Pines wrote the new minimum wage is an investment in people and communities, one of the pillars of the university’s strategic plan.

In March 2022, Student Affairs Vice President Patty Perillo said it was possible some departments could raise student employee minimum wages by July 1. This was after attempts from organizations such as the campus chapter of United Students Against Sweatshops advocated for a campuswide pay increase.

He used the TerrapinSTRONG initiative as an example of leading change across campus. The program is a year old and emphasizes diversity, acknowledging history and taking action towards equity, inclusion and social justice, according to the email.

“It perfectly embodies the two priorities you will hear me state again and again: to promote excellence in everything we do; and to create an inclusive, multicultural campus environment,” he wrote in the email.