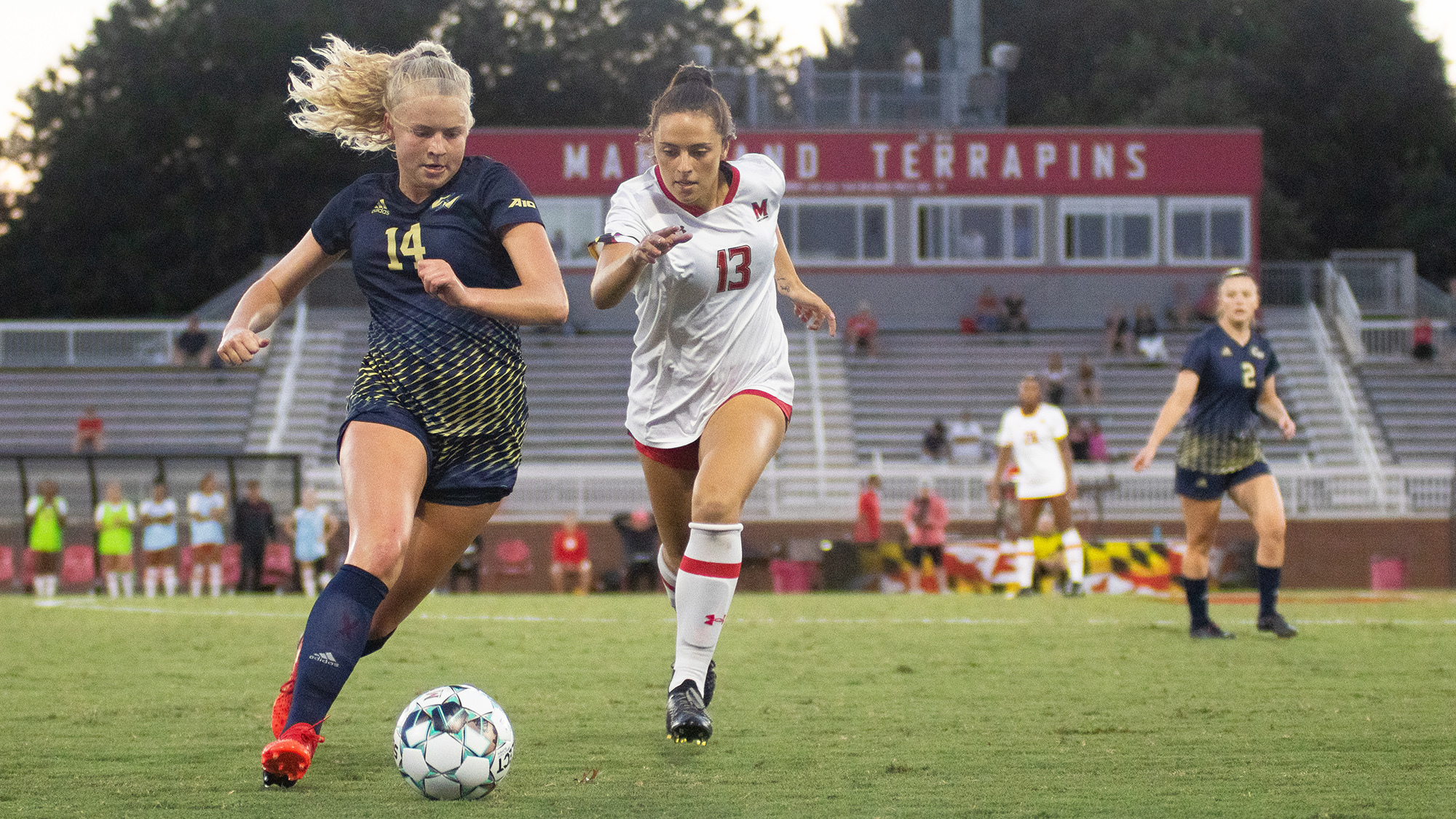 Maryland women’s soccer coach Meghan Ryan Nemzer was asked if she’s excited to get her first career home win when the Terps play their home-opener Thursday night against Georgetown.

But the coach declined to put the potential achievement entirely on herself and instead directed attention to her players.

“I’m excited for this team to get their first win because they’ve been working very, very hard,” she said.

The Terps have seen many traveling fans in the away games they’ve played so far in the season, most notably against Navy.

Playing for the fans, alumni and Maryland program has been a recurring theme all season for the Terps. The intensity and pride Nemzer’s squad wears on their sleeves for the Maryland soccer program will be at Ludwig Field for all to see against Georgetown. Nemzer and her players hope the supporters will come out in full effect for the night.

“They give us a 12th person on the field … We’re excited to showcase what they have been working so hard for,” she said. “When we played the Naval Academy, I know that we had several fans in there and, at moments, I felt like their energy gave us energy.”

“We expect a huge crowd. We’re super excited. Our families, our alumni, our friends are just as all in as we are. So their support means everything,” team captain Catherine DeRosa said.

The Terps don’t have a win so far this season. Thursday presents Maryland with a great opportunity to ignite some momentum for the season against a Hoyas team with just one win in four games.

“I think a win at home will give us all the confidence that we really need. There’s no better way for [Nemzer] to get her first win than at home at Ludwig,” DeRosa said.

The team culture seems to have rubbed off on the new transfers as well. In Maryland’s three games, transfers have factored into the starting 11 in all three games and played a dramatic role in coming back in the Terps’ games.

Despite the same scoreline in the past three games, the Terps dominated offensively. In all three games they had more chances on goal than their opponents. Still, Maryland’s players demand a more ruthless edge in front of goal from themselves.

“I think that we have been producing opportunities and I think for us now to just put the ball in the back of the net,” Nemzer said. “If you look at the goals that we’ve been scoring, they’ve been nice goals and now it’s just a matter of doing it more consistent.”

Defensively, the backline has left Madeline Smith with little to worry about. In three games, Smith has only had to make seven saves. In the season opener against Temple, the Owl’s goalkeeper made seven saves in that game alone.

The Terps can make a statement Thursday night against the Hoyas. The win could kick off a six-game home stint in a positive manner.