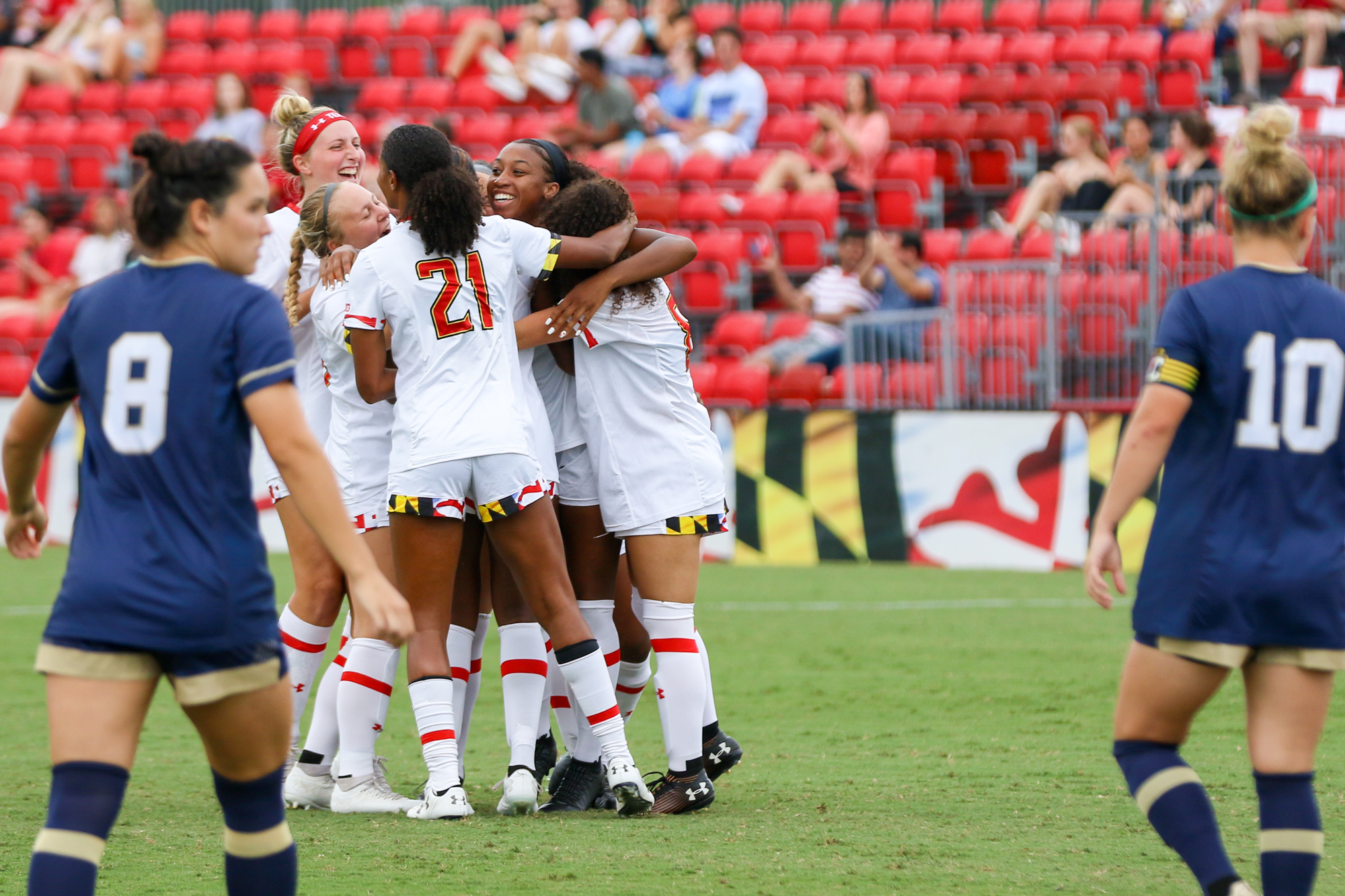 Maryland women’s soccer has stood tall in the face of adversity through three games — creating comeback results in each of its matches so far this season.

“I think the biggest word we’re talking about is ‘fight.’ We have a lot of meaning behind that. We had a team meeting and fight for the alumni, fight for this program,” coach Meghan Ryan Nemzer said.

The Terps only took two minutes to score after going down 1-0 in their season opener against Temple. Against Navy, the response took less than 15 minutes after conceding a point in the first minute of the game.

Despite the spirit Nemzer’s squad has shown, the team and coaching staff have acknowledged conceding first in games is a habit that needs to be fixed.

“It starts with training, so we need to do a better job preparing the players,” Nemzer said after Maryland’s draw with Navy.

It was more of the same in the Terps’ 1-1 draw against Penn Sunday.

The first shot and only goal the Quakers registered in the game was a free kick just outside the box in the 32nd minute. Penn failed to register any shots in open play before its free-kick goal.

“That’s something that we are talking about every single time. … We talked about swinging first instead of being on our back foot, how do we get on our front foot? And this program, this culture, I believe is changing that,” Nemzer said.

[Maryland women’s soccer battles to a draw against Navy, 1-1]

Despite conceding first being a trend so far this season, Nemzer’s squad is trusting the process in its attempts to be on the front foot.

“We’re working on that. And I will say this has been the best week of training that we’ve had. And I am seeing 1 percent better. Sort of our mentality right now is that the response has been good, but we need to make sure that we’re sharp from minute one,” Nemzer said.

The Terps had also conceded from a set piece in the season opener against Temple, but dominated the Owls both offensively and defensively. The Owls goalkeeper kept Temple in the game with seven saves on the evening.

The Terps had a slower start in the first half against Penn, but still ended the game with more shots than the Quakers.

The Terps will look to get on the front foot earlier in the game against Georgetown in Maryland’s home opener at Ludwig Field Thursday.