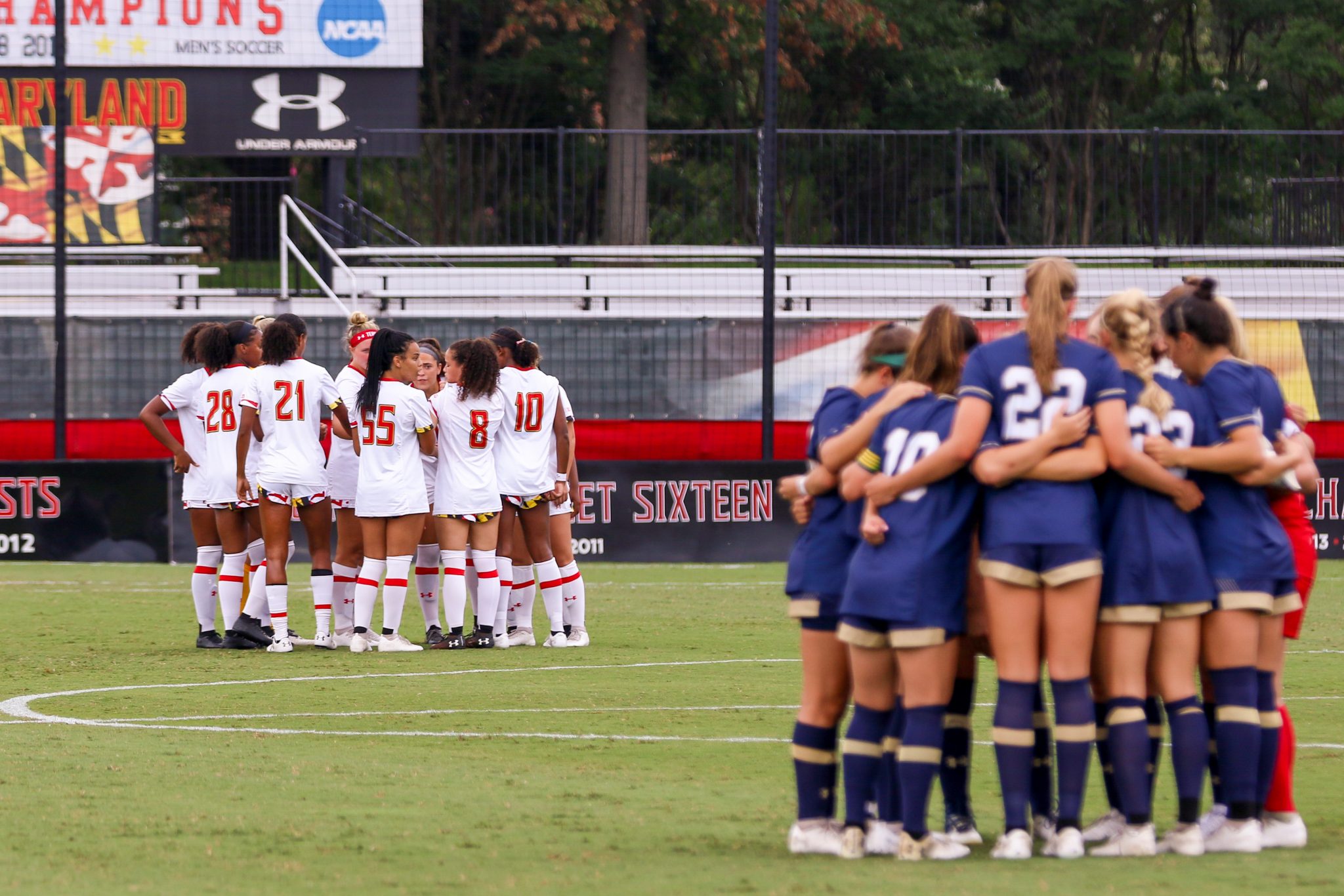 A Maryland native herself, new Maryland women’s soccer coach Meghan Ryan Nemzer has made recruiting local players a goal since she joined the Terps last December.

Nemzer has brought in multiple transfers from Maryland, but originally attended schools out of state.

Her first freshman class is also loaded with local talent. Seven of Maryland’s nine incoming freshmen are from Maryland or Virginia. Six of those additions played club soccer for Maryland United FC or Bethesda SC, where Nemzer played during her youth club career.

Her relationship with the coaching directors at both clubs has helped the Terps secure recruits already, and could create a pipeline that sees some of the area’s most talented players commit to Maryland.

“It’s huge. I mean, it’s everything to me,” Nemzer said. “Even from afar, it would hurt to see how many DMV kids are going somewhere besides the University of Maryland.”

Most freshmen may not have as large of an opportunity for playing time with a plethora of transfers and the return of some of Maryland’s most experienced players. However, some could provide an immediate spark for the Terps during Nemzer’s inaugural season.

Despite joining a crowded attack, the incoming freshman has the talent to immediately contribute at Maryland.

A standout at McDonogh School, Smith scored 19 goals, notched three assists and was named 2021 Baltimore Sun All-Metro Player of the Year after tearing her ACL a year prior.

The All American was named Gatorade’s Maryland Player of the Year for girls soccer in June, and is TopDrawerSoccer’s No. 71 recruit in the 2022 class. Smith’s technical ability and nose for goal could allow her to have an instant impact in her first season with the Terps.

“If you watch her play, she’s a little bit of everything,” Nemzer said. “She can get out of tight spaces, she can dribble, she can shoot, she can score. So to be a threat when you’re a freshman and to be able to really understand the game tactically is what excites us about [Smith].”

Another exciting forward prospect for Maryland, Mowery won’t play during her freshman season after suffering a torn ACL while in high school, Nemzer said.

Mowery broke records during her high school career at Broadneck, notching 55 goals and 35 assists to become the program’s most prolific goal scorer and assister. The forward earned first team All-State honors in 2021 and helped lead Broadneck to the 4A state final last fall.

She previously committed to South Florida before flipping her commitment to Maryland in January.

One of four midfield additions in the freshman class, Morales joined the Terps after four years of varsity soccer at Atholton.

The former high school team captain earned an All-Metro Honorable Mention selection and was named an All-State Honorable Mention in 2021. She played club soccer for Bethesda SC and was previously committed to George Washington before switching to Maryland.

Jenson joins Maryland after helping lead Glenelg to a 2A state title during her senior year of high school.

Like Morales, Jenson earned a 2021 All-Metro Honorable Mention selection and played club soccer for Bethesda SC. She scored two goals and notched six assists during her senior year, in which she was named to the All-Howard County first team for her senior season.

Ozbolt could be the likeliest of the four freshman midfielders to earn playing time during her first year.

She was a teammate of Smith’s at McDonogh, and both helped lead the prep school to three IAAM titles. The midfielder played club soccer for Maryland United FC and was named to the 2020-21 ECNL Girls All-Conference first team.

“Every game that I watched her, she had an impact somehow,” Nemzer said. “Saving the ball on the goal line, doing that extra sprint to get the ball in the back of the net or to just hunt something down, she finds a way to have an impact.”

Walbridge won the U.S. Club Soccer National Cup in 2021 and two state titles with her club, FC Stars of Massachusetts. She also won a state championship at the high school level with Hanover in 2019.

The Massachusetts native was a late addition to Nemzer’s inaugural class, committing to the Terps in February.

Turnage will provide Nemzer with some flexibility —  the versatile freshman can play in the midfield and along the backline.

She was named to the 2021 Washington Post All-Met second team and the All-ISL conference team during her senior year at St. Stephen’s and St. Agnes School. She played club soccer for Maryland United FC.

“She doesn’t say she’s six foot, but I think she is,” Nemzer said. “So to have that height, and just the motor that she has, once again whether it’s in the backline or in the midfield, she’s very good at keeping the ball and sees the game very well.”

Birrell helped lead South County to a Virginia 6A state high school championship in 2021. The Virginia native scored three goals during her senior year and was a second team All-Patriot District selection twice.

Rounding out Nemzer’s inaugural freshman class is defender Graham, who committed to the Terps in April.