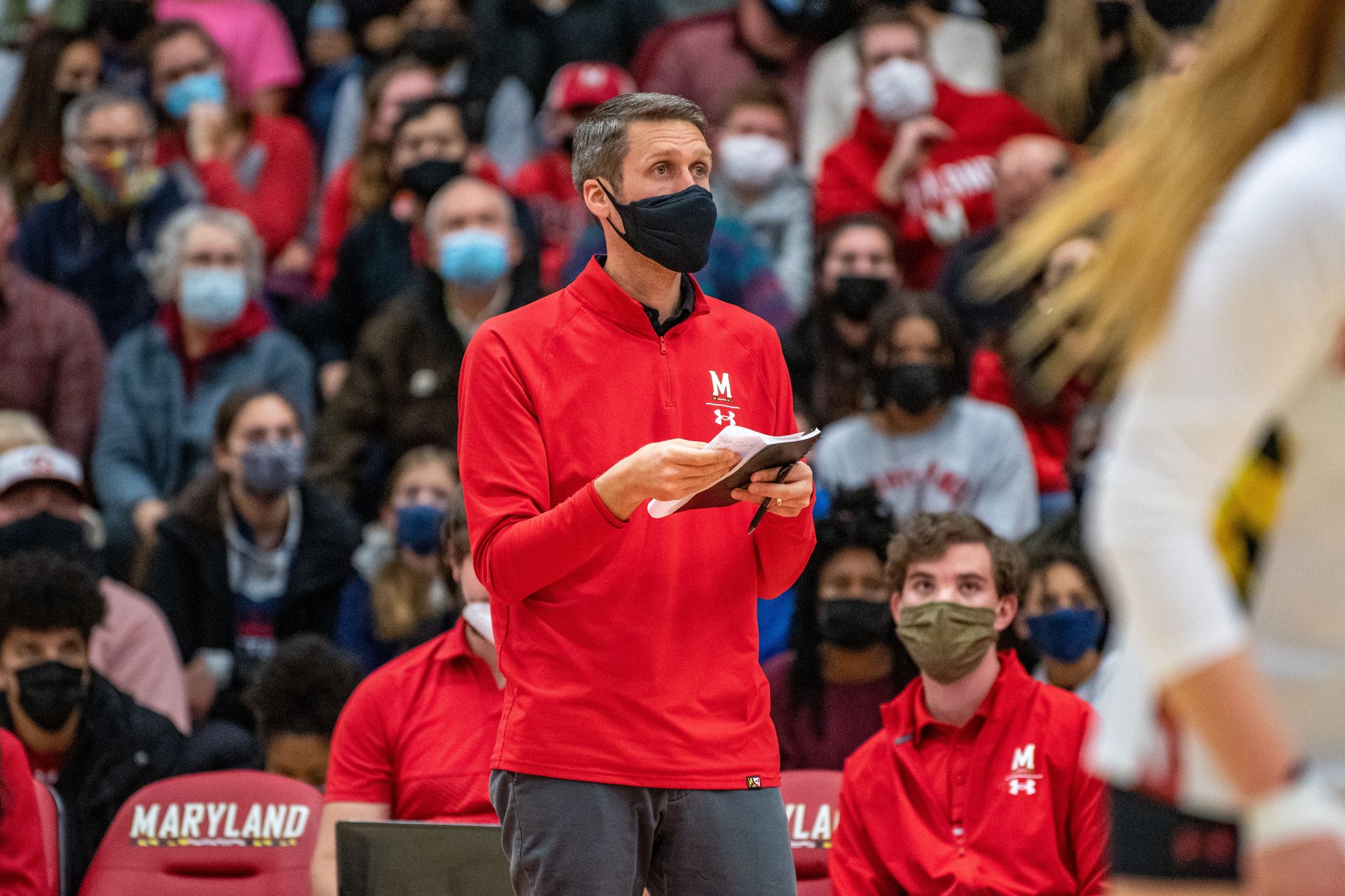 Maryland volleyball coach Adam Hughes will remain at the helm through the 2027 season after receiving a five-year contract extension on Tuesday, according to a news release.

“I’m so incredibly excited to be staying in College Park as we continue to build something special,” Hughes said in the release. “It’s an honor coaching these student-athletes and helping them achieve their goals. This past season was an incredible step on the journey and I can’t wait to see what the future holds.”

Entering his fifth season as coach, Hughes looks to build on an encouraging 19-13 finish in 2021. A scintillating 13-0 start — the program’s best since 2005 — was punctuated by an upset of then-No. 2 and eventual national champion Wisconsin on Sept. 24.

While the Terps cooled off in conference play, Hughes’ extension brings further optimism to a program looking to blossom into a volleyball powerhouse.

[From Jones to Ivey: Maryland volleyball is growing from focused DMV recruiting]

“Adam has taken our volleyball program to the next level in the last few years and we are thrilled that he will be leading our Terps into the future,” athletic director Damon Evans said in the release. “Playing in the best volleyball conference in the nation, Adam has elevated the overall performance of our program and that was evidenced by last season’s undefeated start and the landmark victory over the eventual National Champion Wisconsin.”

Since taking over in 2018 as the program’s fifth head coach, Hughes holds a 55-61 record, bursting onto the scene with an 18-win debut season that included nine conference victories, the Terps’ most since joining the Big Ten in 2014.

Under Hughes, Maryland has established itself as one of the premier defensive teams in the country.

The Terps led the nation with 3.11 blocks per set and ranked fourth in total team blocks with 348.5 last season, according to the NCAA website.

Maryland’s defensive dominance was spearheaded by imposing middle blocker Rainelle Jones, who led the NCAA with 1.73 blocks per set and 187 total blocks in 2021.

Returning for her extra year of eligibility with the Terps, Jones is one of three players to have earned All-Big Ten Honors during Hughes’ tenure, along with Erika Pritchard and Katie Myers, according to the release.

Hughes has drawn a plethora of local talent from the Washington, D.C.-Maryland-Virginia area to Maryland, such as Oxon Hill native Jones and Bowie native Milan Gomillion, who earned Big Ten All-Freshman honors last year as a defensive specialist and libero.

Anchored by returning standouts like Jones, Gomillion and junior outside hitter Sam Csire, Hughes is well-equipped to navigate Maryland through yet another rigid Big Ten schedule and elevate the program to further success.

Hughes and his team will begin to build on their sterling 2021 campaign on Aug. 26, when the Terps take on Navy and Rhode Island in the Maryland Invite.