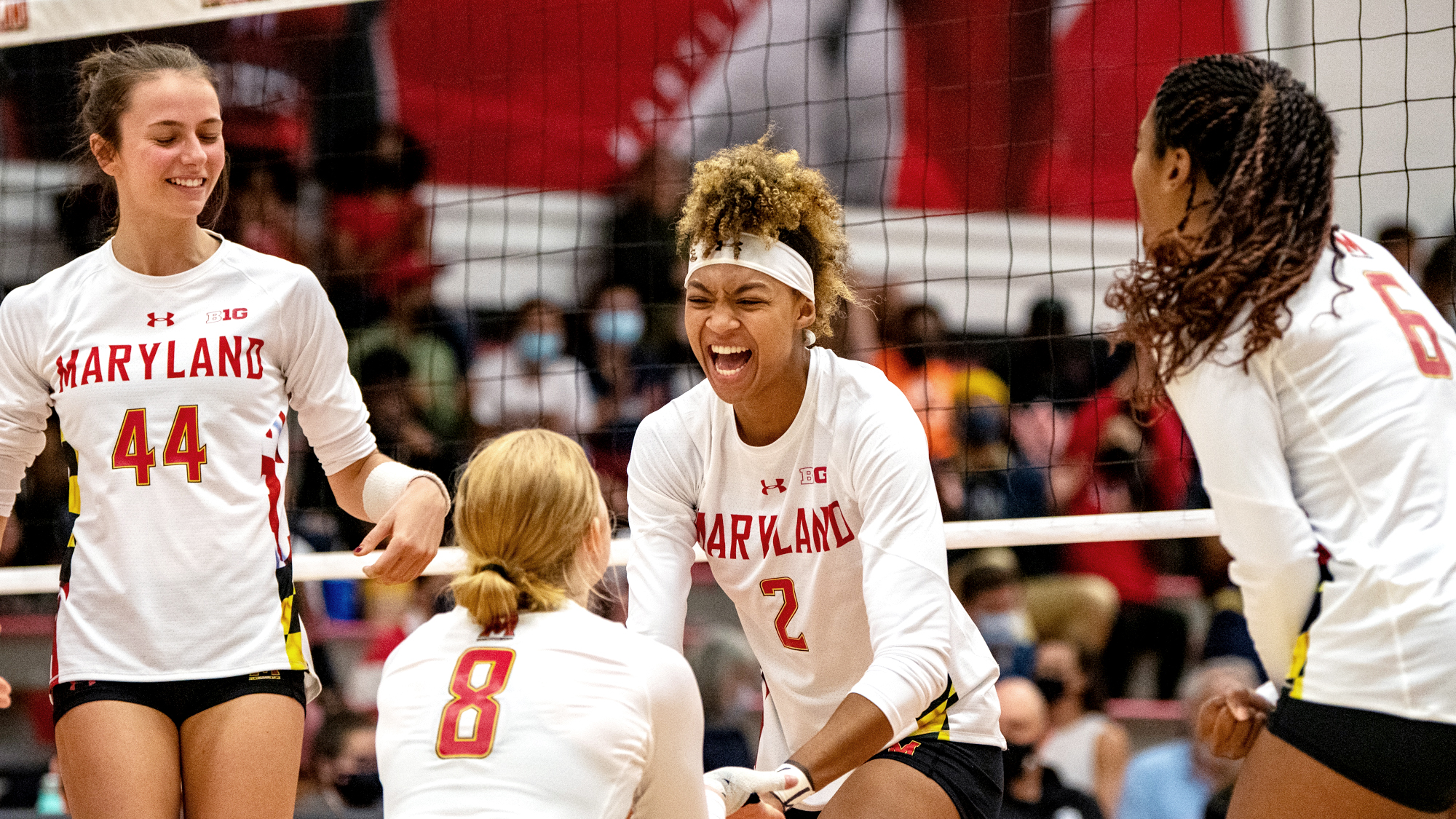 When Rainelle Jones walked off of the Xfinity Pavilion floor for the final time in the fall 2021 season, it was clear that Maryland volleyball’s star middle blocker hadn’t yet closed the door on her career in College Park.

“Hopefully next year I’ll be here and continue that again,” Jones said after leading the Terps to their most wins since joining the Big Ten. “Still an ongoing thing, I talked to the coaches about it, creating a plan and whatnot, but right now it’s sticking with Maryland.”

On Thursday, the NCAA’s leader in blocks per set made her decision public.

Jones, alongside fellow captain and teammate Maddie Naumann, will exhaust their extra year of eligibility and rejoin coach Adam Hughes’ squad next fall, the team confirmed.

All athletes who were affected by the COVID-19 pandemic were permitted an extra year of eligibility, should they choose to use it.

Coming off of a historic season in which Jones finished with a nation-leading 1.73 blocks per set average, Jones will now have the opportunity to build on an already historic Maryland career.

Jones currently ranks third in program history in total blocks, and is just 104 blocks away from setting the program record for career blocks.

And she’s already eyeing the record books ahead of her final collegiate season.

“Of course I want to keep marking those records down and keep building,” Jones said. “[I’m] always gonna try to get to the very, very top.”

While the return of Jones and Naumann to the program provides continuity for a Maryland team returning many of its starters, the Terps will still need to adjust to a changing roster this offseason.

Cara Lewis transferred to Virginia Tech after three seasons beside Jones at middle blocker, and 6-foot-5 Pitt transfer Anastasia Russ was pulled in by Hughes’ staff at the beginning of January.

Outside hitters Erin Morrissey and Laila Ivey will also be fresh faces for the Terps’ roster, while outside hitter Sam Csire and setter Sydney Dowler will look to expand upon stellar sophomore seasons.

“It’s gonna be really interesting to see how they develop, because a lot of our girls so far did so well in just six months of training,” Jones said. “I’m trying to at least teach them what I learned when I was younger to help them out.”