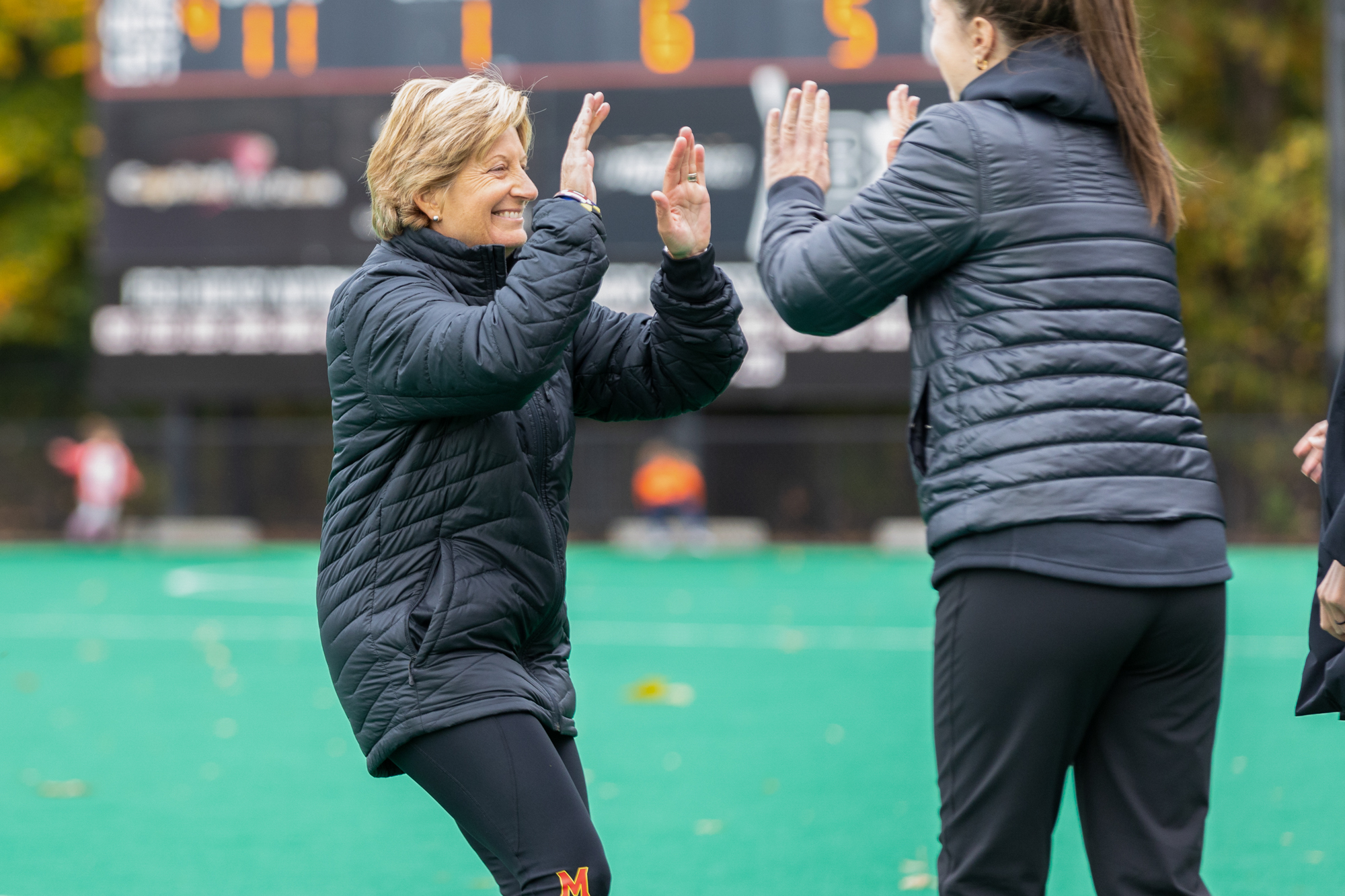 Maryland field hockey didn’t play to the standard it set for itself in the 2021 regular season.

The Terps finished 15-7 overall and 4-4 in the Big Ten, their most conference losses in a season since 1996 and one of the program’s lowest winning percentages in the same time span.

And yet the year still culminated in coach Missy Meharg’s 19th NCAA semifinals appearance, evidence of how a gauntlet of a regular season can prepare a team for postseason action.

In 2022, the Terps are faced with a similarly daunting road back to the playoffs.

Eleven of Maryland’s 18 opponents this fall were ranked in last season’s final National Field Hockey Coaches Association poll, including the entire top four, according to a release.

“Scheduling the top teams every year inspires everyone, the players, families, fans and Alumnae love good hockey,” Meharg said in the release.

The Terps open the fall with an exhibition against JMU Aug. 18 before kicking off the regular season with Drexel at home Aug. 26.

Other noteworthy nonconference games include home matches with Stanford in the second regular season game, Georgetown on Oct. 11 and Virginia on Oct. 26, a rematch of the 2021 postseason’s first round when the Terps topped the Cavaliers 2-1.

On the road, Maryland makes an early midweek trip to Princeton on Sept. 20 and has UConn in the final regular season game on Oct. 30.

Maryland also faces Boston College and Duke in the seventh annual Big Ten/ACC Cup in Newton, Massachusetts, in early September. The Terps clashed with both teams in last year’s Cup, losing to the Eagles and defeating the Blue Devils.

Meharg’s squad will then host Harvard, a 2021 Final Four team, along with New Hampshire in the Terrapin Invitational — the team’s first action since the Big Ten/ACC Cup the week prior.

The Big Ten portion of the schedule kicks off Sept. 16 at Ohio State, followed by two home games against Michigan and Michigan State.

Possibly the toughest stretch of the season comes at around the midway point of the year on the road. The Terps will battle Iowa, the No. 2 overall seed last postseason, followed by Northwestern, the defending national champions.

Maryland will wrap up Big Ten play with home bouts against Indiana and Rutgers before facing off against Penn State on the road.

The Scarlet Knights and Nittany Lions finished No. 1 and 4, respectively, in the final NFHCAA poll last season. Maryland went 1-3 in 2021 against the final top four teams. The lone win came against then-No. 2 Michigan.

Coming off of a double overtime defeat in last year’s semifinals to Liberty, Maryland enters 2022 looking to win its first national championship since 2011. After winning five championships in a seven-year span from 2005 to 2011, the Terps have been back to the championship game just twice in the last decade, losing both.