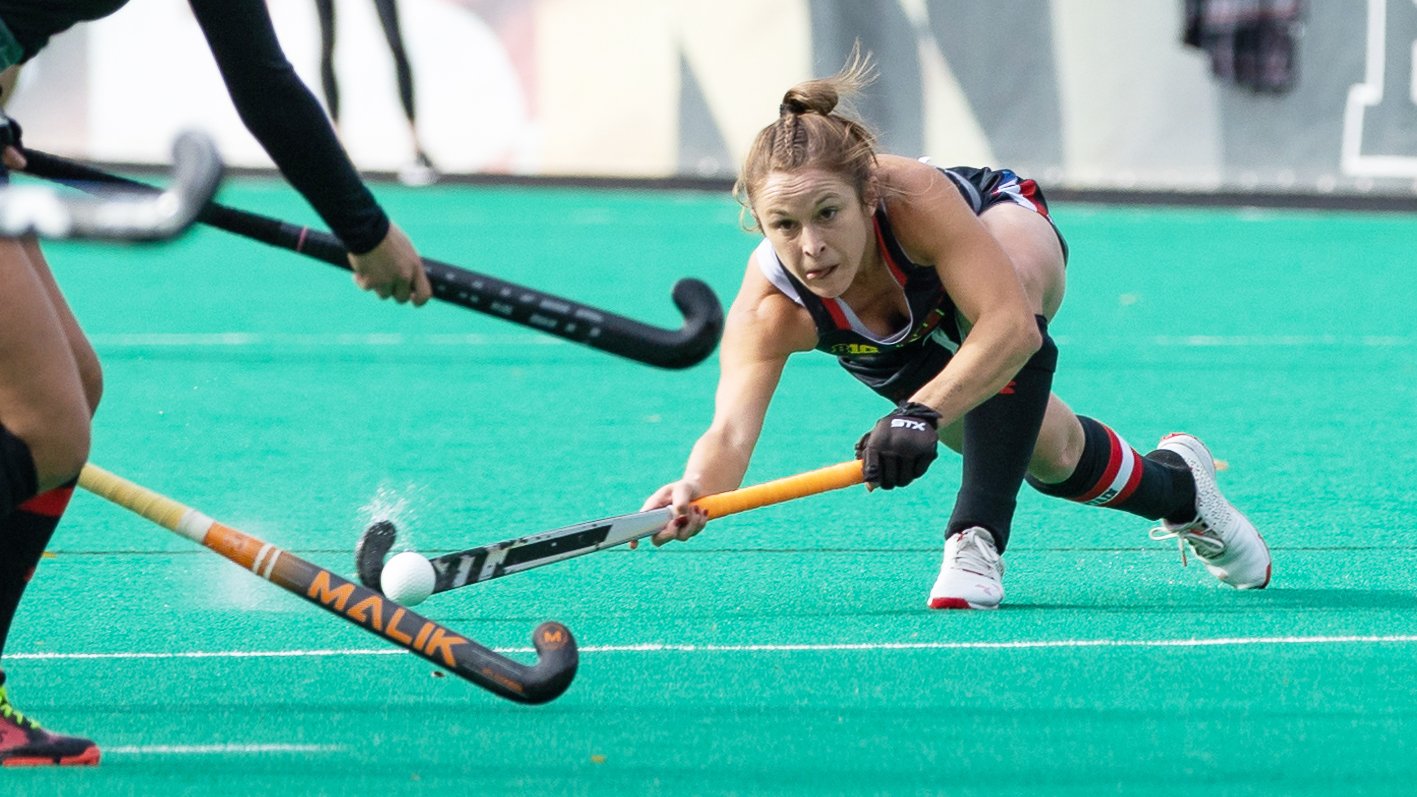 In 2020, for the first fall in over 30 years, coach Missy Meharg found herself not on the Maryland field hockey sideline. The Terps’ season had been postponed, and they were running intersquad practices among themselves.

The Big Ten decided it would instead hold a truncated season in the spring, where Maryland — usually among the best in the nation — finished with an 8-7 record. In April 2020, the team went to the Big Ten Tournament in Iowa City, Iowa, where it was bounced by the Hawkeyes in the first round and failed to qualify for the NCAA Tournament.

Then, in the fall of 2021, the field hockey season returned to normal. And — for Meharg’s squad — it ended in the Final Four.

With the pandemic apparently behind them and a full slate of non-conference and Big Ten matches on its schedule, Maryland took the pitch with a refreshed sense of energy and excitement on Aug. 20 against the D.C. Dragons club team.

It was clear at that point that the team had incredible potential.

On top of having nearly everyone back from the spring team, including graduate students Noelle Frost, Brooke DeBerdine and Kyler Greenwalt, Meharg added a couple of key pieces who made immediate impacts, such as freshman forward Hope Rose and Princeton transfer Julianna Tornetta.

Rose scored 10 goals this season, good for second on the team, and she was named Big Ten Freshman of the Year.

While the Terps won most of their matches, there were significant hurdles they couldn’t climb. They lost a 3-2 overtime thriller to Penn State at home and the Nittany Lions knocked Maryland out of the first round of the Big Ten Tournament with that same score later in the season. Now-national champion Northwestern also nearly blanked the Terps at home on Sept. 30.

Still, their season ended in the Final Four.

“We went through a lot this season and last season, coming back from the spring,” Emma DeBerdine said. “I’m just very proud of the team for how far we’ve come.”

Syracuse came to College Park and prevented a threequel between Maryland and Penn State, when the Orange stunned the No. 4 Nittany Lions in the first round of the NCAA Tournament. This opened the path a bit for the then-fifth-ranked Terps, who now had to get past No. 13 Virginia and No. 10 Syracuse.

And that path may have become even wider when Liberty University upset No. 1 Rutgers in a shootout to advance to its first Final Four in school history. But the Flames didn’t lose any of that heat, ending the Terps’ season in double overtime.

“From not making it to making it all the way here, being so, so close to the final, we can be really proud of our team,” senior Bibi Donraadt said.