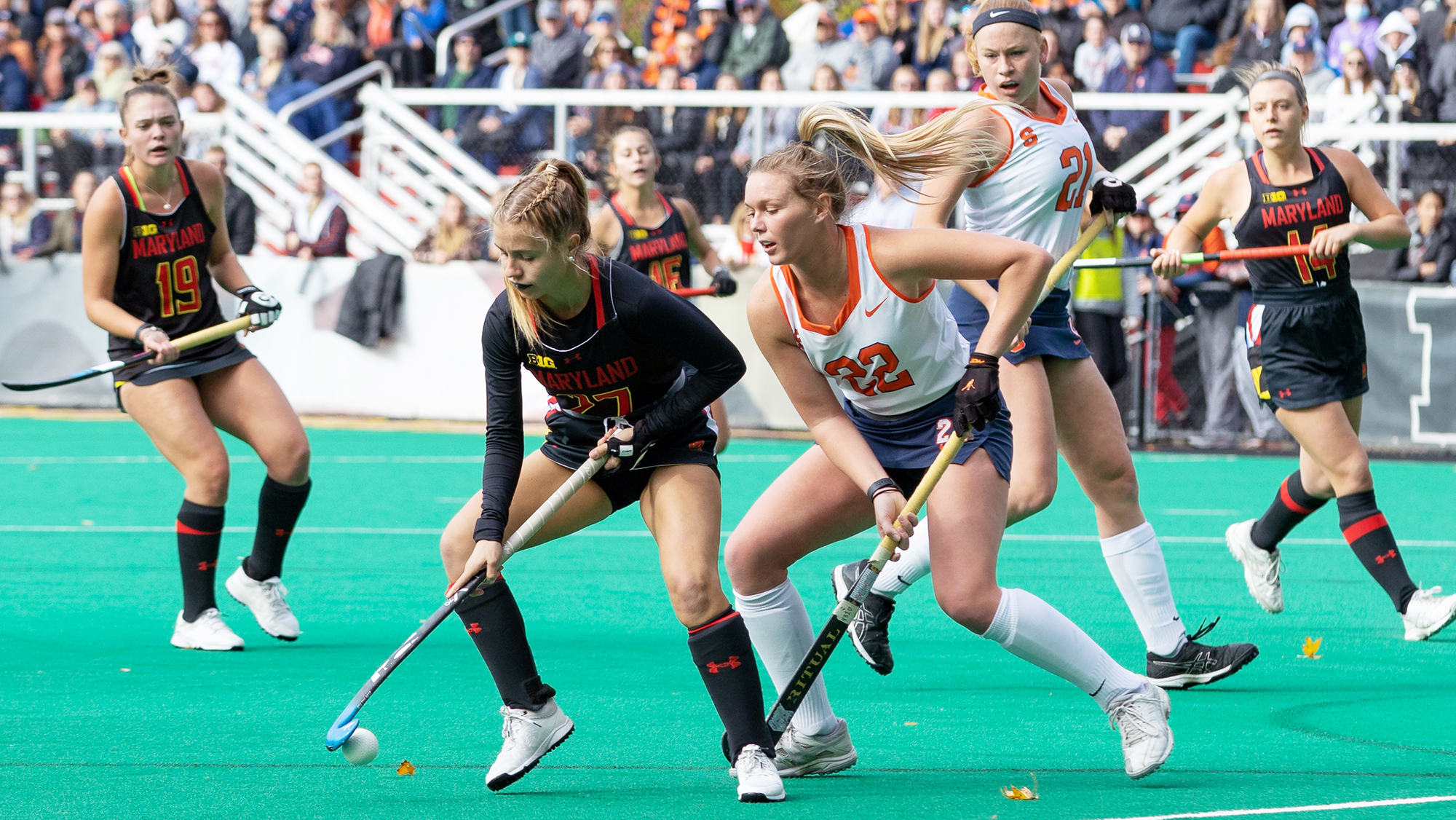 But it was her last trip to Michigan that reinforced that belief. On Oct. 22, the Terps pulled off a 4-0 shutout of Michigan State in East Lansing, before heading to Ann Arbor on Oct. 24, when they upset No. 2 Michigan, 2-1.

“We withstood a storm from Michigan on their field,” Meharg said. “We came away with a win.”

Meharg now finds her team back in Ann Arbor, but under slightly different circumstances. The Wolverines and the other top four teams in the latest National Field Hockey Coaches’ Poll have been eliminated from the NCAA tournament. No. 5 Maryland is the highest-ranked team still standing.

The Terps play No. 9 Liberty University on Friday at noon in what will be the second all-time matchup between the two programs. The Flames advanced after shocking No. 1 Rutgers in a shootout to reach their first Final Four in school history.

“This is a program that has been on the rise for about four years now,” Meharg said.

[‘This is it’: Maryland field hockey heads to Final Four for program’s 20th appearance]

On Wednesday evening, the team had dinner in Dexter, Michigan, at native Kylee Niswonger’s house. The next day, Meharg’s players went out on the pitch in Ann Arbor and tuned themselves up a bit.

Then, they got a tour of the iconic Michigan Stadium, as their highlights played on the video board at the “Big House.”

“Actually being on their campus and all that makes it feel real now,” Bibi Donraadt said. “You feel like you’re actually at the Final Four now, instead of just flying through Michigan.”

Riley Donnelly is one of three true seniors on this team, along with Donraadt and Taylor Mason. Maryland’s last Final Four appearance came during their freshman season, when Donraadt — 2018’s Big Ten Freshman of the Year — delivered the game-winning goal in overtime to send the Terps to the 2018 national championship.

“Having been to the Final Four freshman year, everything is so new and exciting,” Donnelly said. “We appreciate it that much more.”

On top of that trio, Meharg has five more fifth-year seniors on her loaded squad. Along with redshirt senior Mayv Clune, she has graduate students Noelle Frost, Kyler Greenwalt, Brooke DeBerdine and Julianna Tornetta.

Having this level of high-level field hockey experience on the team has been crucial. Over her 34-year career at the helm of Maryland’s program, Meharg has won seven national championships. But the leadership and trust on this team is unmatched.

“This team is exceptional because … the amount of trust and attention to what is the plan,” Meharg said.

And much of that comes with strong bonds off the field, which is epitomized by this unit.

When they’re not competing, they are always hanging out with each other. They are all each others’ best friends.

“We’re just a really close family,” Donraadt said. “Maybe even the closest family since I’ve been at Maryland.”