‘This is it’: Maryland field hockey heads to Final Four for program’s 20th appearance 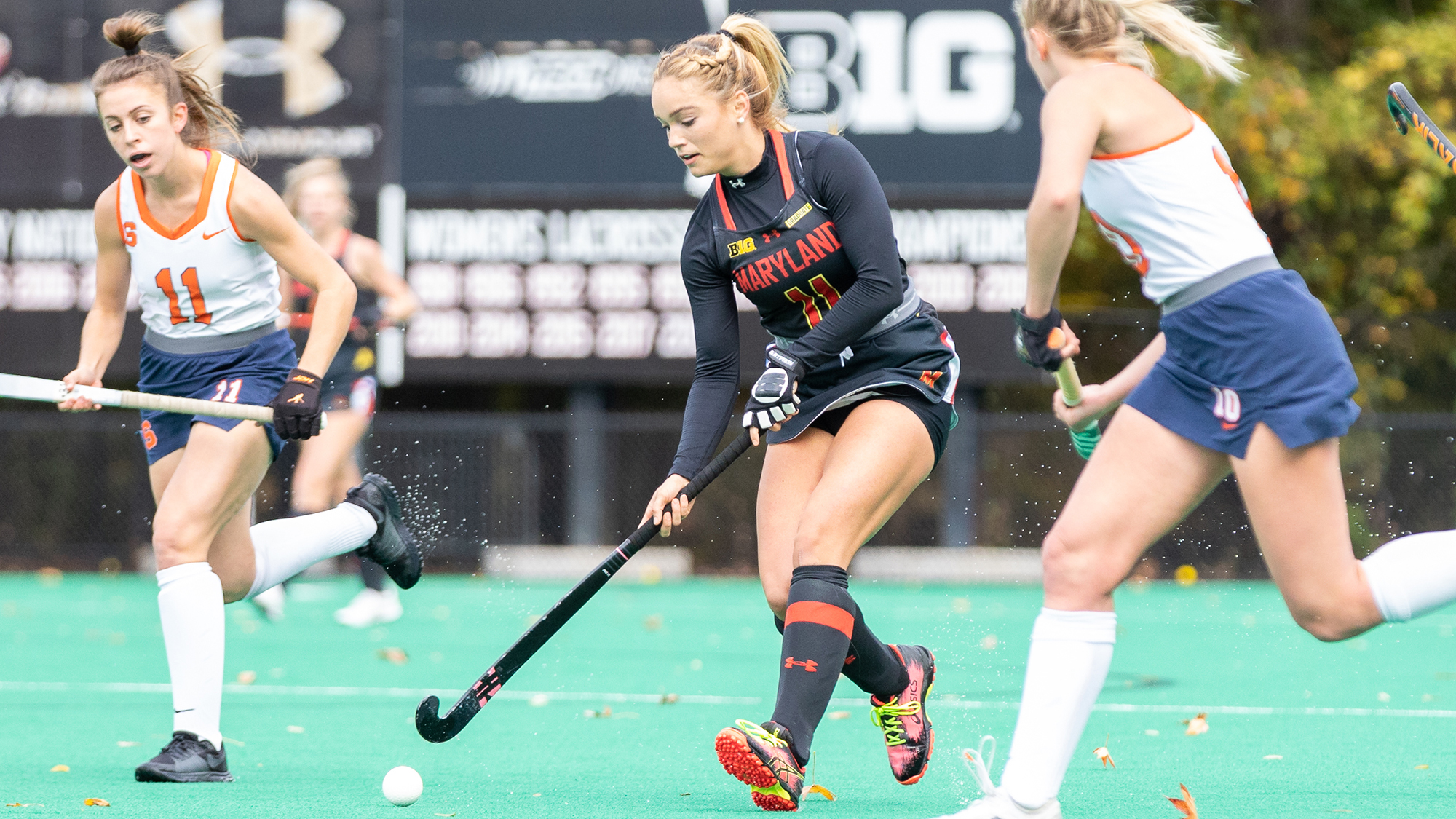 Julianna Tornetta has played on a number of stellar field hockey teams over her career.

And she sees it in this year’s Maryland field hockey team.

“There are rarely times when you can look at a team and say, ‘This is it.’ This is what it looks like to be a championship team,” Tornetta said. “And I think that’s what our team has.”

And the Terps are now two wins away from making Tornetta’s vision a reality.

No. 5 Maryland hosted No. 10 Syracuse in the quarterfinals on Sunday, and goals from Anna Castaldo and Bibi Donraadt sent the Terps past the Orange with a 2-1 victory. They earned a date with No. 9 Liberty — after its 3-2 win in a dramatic shootout to upset No. 1 Rutgers — in Ann Arbor, Michigan, on Friday at noon in the semifinals.

As No. 7 Northwestern and No. 12 Harvard are the two left on the other side of the bracket, coach Missy Meharg’s squad is the highest-ranked team in the tournament.

Maryland played hard for the entire match. As time was winding down and the Terps were fighting to hang onto their narrow lead, Syracuse pulled its goalkeeper.

Playing with a one-woman advantage for nearly five minutes, it seemed as though the Orange would be close to collecting their second goal. But not against Maryland’s stingy defense.

Syracuse didn’t take a single shot during that time with an extra offensive player. At one point, the shorthanded Terps brought the ball all the way downfield and got deep into Orange territory.

“Jules [Tornetta] and Brooke [DeBerdine] are the absolute speed and energy of that midfield line that puts pressure on the players,” Meharg said.

While the Terps took six more shots than Syracuse on Sunday, the Orange still held Maryland to just one penalty corner.

Still, the Terps just continue finding ways to win — and in dominant fashion. And people are taking notice.

Maryland drew north of 1,000 spectators to both of its NCAA Tournament contests last weekend, the biggest crowds of the entire tournament.

“Probably one of the coolest feelings is to see the support for Maryland field hockey,” Margot Lawn said. “Like how they say in football, the 12th man has such a big impact. More than people think.”

After Sunday’s win, captain DeBerdine thought about all the adversity the team experienced last spring. They faced only Big Ten opponents, played matches on weekends, had limited crowds in the stands, and the 8-7 Terps missed the NCAA Tournament for the first time in 26 years.

A few months later, and Meharg’s squad is on its way to the semifinals. And with a blend of players that have NCAA tournament experience and players in their first or second year with the team, they’re all eager for what’s to come.

Plus, there are players like Tornetta who have experienced this level of field hockey, but in a different uniform.

“It’s so exciting to have ‘J’ here,” DeBerdine said. “It’s just a great group of girls.”