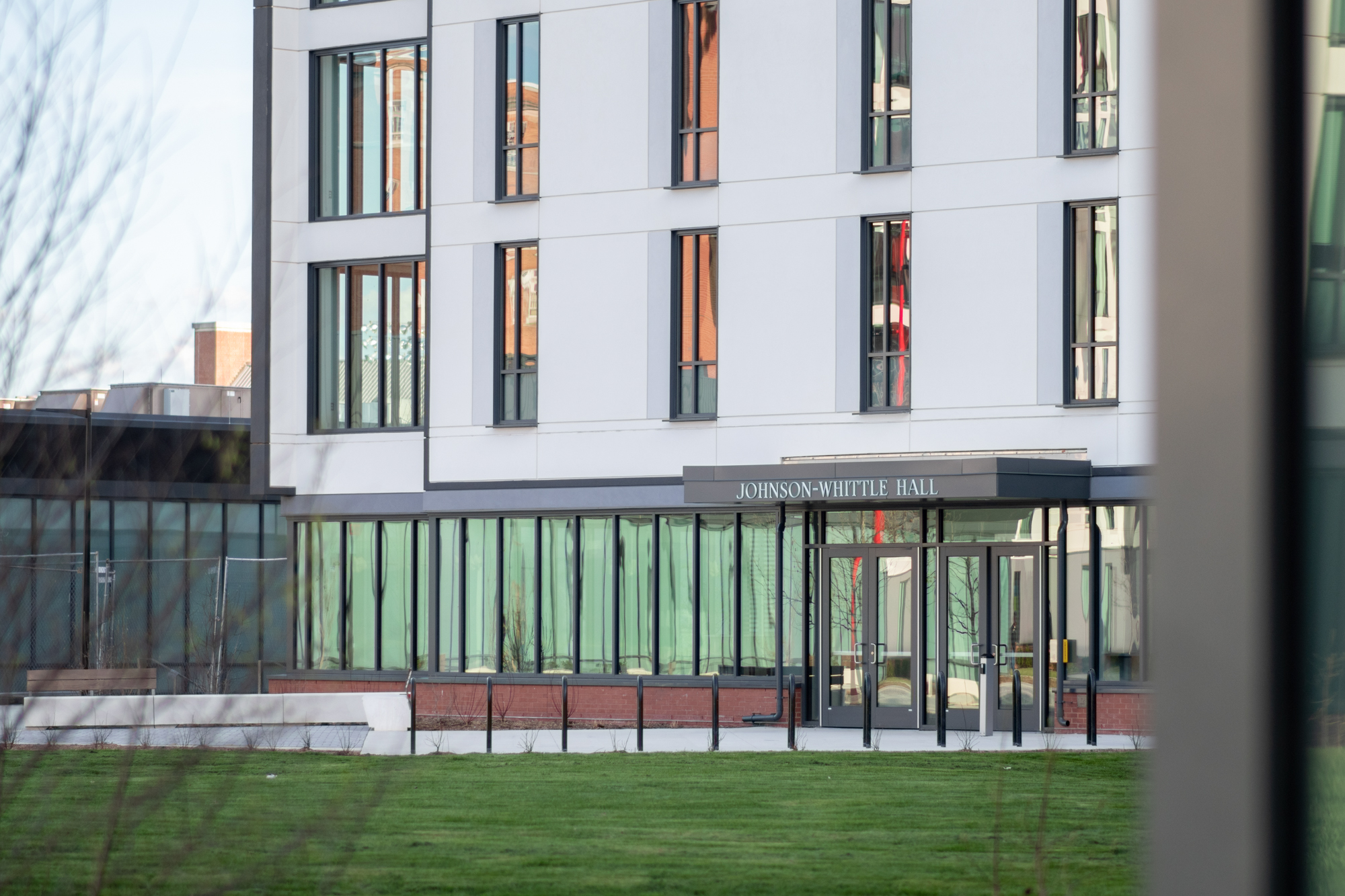 Johnson-Whittle Hall, the newest residence hall set to open in Fall 2022, on April 4, 2022. This dorm is located in the Heritage Community on North Campus along with Pyon-Chen Hall and Yahentamitsi, the new dining hall that will also be opening this upcoming fall. Pyon-Chen and Johnson-Whittle were not listed as options on the housing selection. (Autumn Hengen/The Diamondback)

Like many, I came to the University of Maryland eager for the college experience: chatty dormitory halls, a bustling, beautiful campus, long-lasting memories and friendships. Also like many, I was let down when the COVID-19 pandemic stripped those things from me.

Like a smaller group of students, I was also let down by various on-campus housing departments. After contracting COVID-19 my first semester of college in fall 2020, I decided I wanted to move home. But the process wasn’t easy; the university required me to submit a petition for release, which was initially denied, so I then provided further documentation and met with a counselor, who would determine whether my reasons for moving off campus were justified. Afterward, I was finally permitted to return home.

No student should be punished for being temporarily unable to live on campus. The university must allow for special circumstances to exempt some off-campus students from being immediately cast to the bottom of its priority system for future on-campus housing.

Studies not only show there is housing insecurity for college students in the United States, but universities often fail to recognize the financial needs of students living off campus. In addition to financial recognition, students who live on campus have better retention rates and are more likely to graduate. Students who want to live on campus should be able to and shouldn’t immediately be given low-priority access to these benefits.

In its mission statement, the Department of Resident Life promises to promote “respect for individual differences,” but this is just about impossible when it only gives you a strict six reasons to be released from your on-campus housing and refuses to welcome you back when circumstances change.

There are so many unlisted reasons a student may need to be released from housing on campus that I will never be able to name them all — serious illness, family responsibilities, financial trouble or, perhaps, a pandemic exacerbated at a large university.

But that temporary need to withdraw from on-campus housing certainly doesn’t mean those students don’t deserve to be able to return to campus if they hope to do so. By immediately dropping an off-campus student to the lowest priority status, the department and similar on-campus leasing offices are doing the very opposite of respecting individual differences. Rather, they are neglecting the differing circumstances at hand, preferring to lump all of the off-campus students together because it’s easier and more convenient.

Instead of residing in the living-learning program I’d been accepted into with my peers, I spent my sophomore year of college living in an apartment that felt like it was miles from campus with only one roommate I knew. After a year of my college experience was conducted entirely online, and then after the subsequent year in which I wasn’t able to live on campus in the way I’d hoped, it felt as though two years of my experience at this university were ripped out from under me.

And as the upcoming school year approaches, I know I’m not the only student who has felt this way.

The solution to students’ stress is simple: give students a chance to argue why they should be provided on-campus housing. Just as I met with a counselor who allowed me to move off campus despite the initial denial of my petition for release, allow students to meet with someone and provide an explanation as to why they should be allowed on-campus housing, despite the university’s priority system acting as a barrier for them to do so.

Students entrust this university with their lives. They eat the food it prepares, walk its grounds every day, pay it thousands and thousands of dollars for an education and a better future. No student coming out of a hardship — or any circumstance — deserves to fear whether they’ll have a roof over their head. Failing to provide this reassurance to students — or at least giving them the chance to elicit why they should have it — is a breach of that trust. It’s time this university truly prioritizes the individual, not the system.