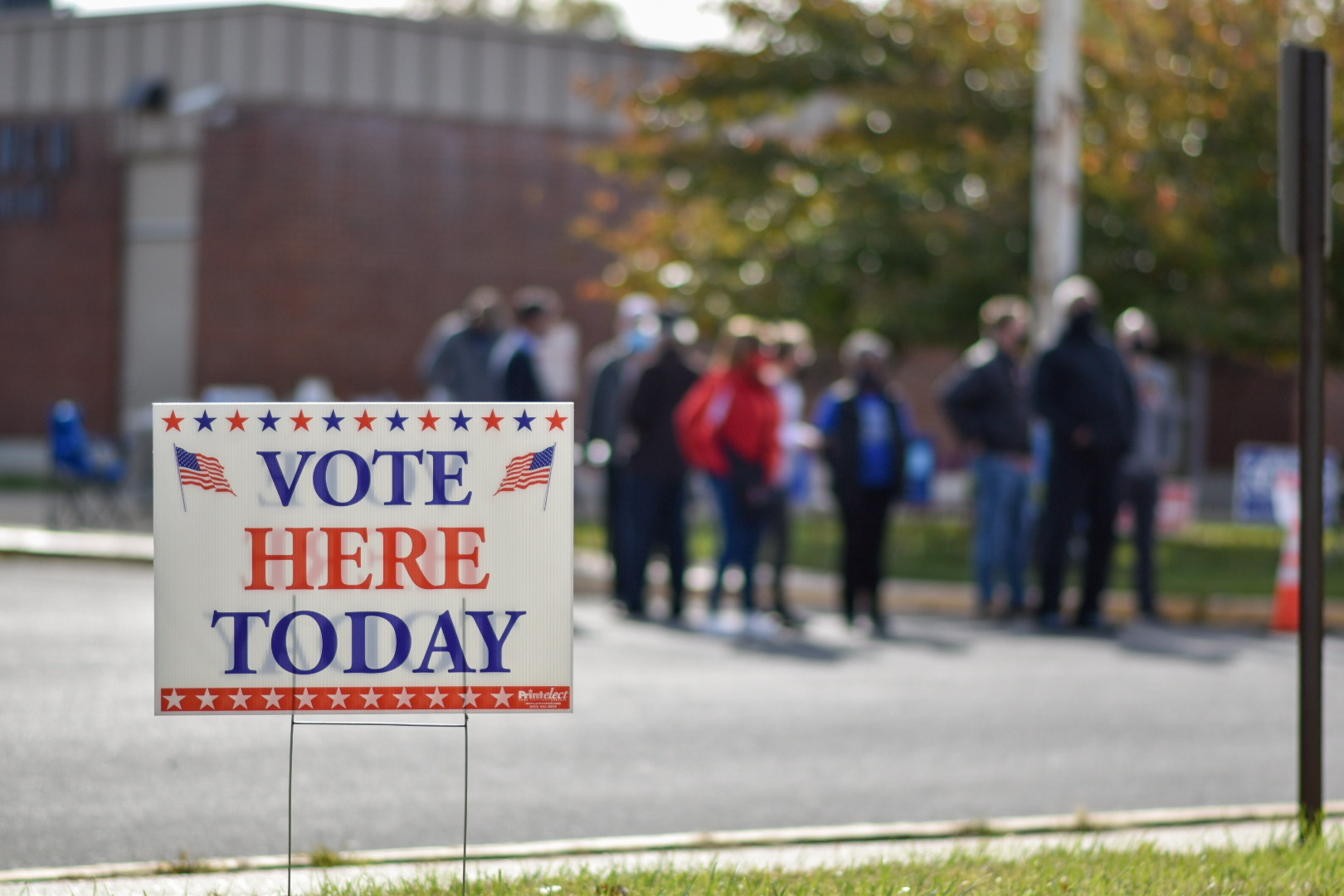 A sign designates the entrance where community members can vote. (Autumn Hengen/The Diamondback)

By Nicky Wolcott and Christine Zhu

Lierman will be the favorite against Glassman. Peter Franchot, who currently serves as comptroller, is leaving the position to run for governor, opening up the position for the first time since 2006. The last Republican to serve as Maryland’s comptroller took office in 1898.

The comptroller functions as the chief accountant for the state.

A disability and civil rights attorney, she has passed legislation to improve public transit, fund gun violence prevention programs and aid sex trafficking victims, according to her website.

As comptroller, Lierman aims to be a “proactive champion” for businesses, communities and families, according to her website. Some of her priorities include tackling the racial wealth gap, supporting rural communities, creating an excellent education for every student and working for a green future.

Lierman attended Dartmouth College and the University of Texas School of Law.

Glassman has recently spent two terms as Harford County Executive after first being elected in 2014. It’s his first time running for a statewide office.

“I am the most qualified candidate based on my experience and will provide moderate common-sense leadership to the comptroller’s office,” Glassman said in a statement to the Frederick News-Post. “I have a strong record of reducing taxes and sound fiscal policy while forging bipartisan relationships.”

Glassman graduated from Washington College with a degree in political science and previously worked for Baltimore Gas & Electric Company.