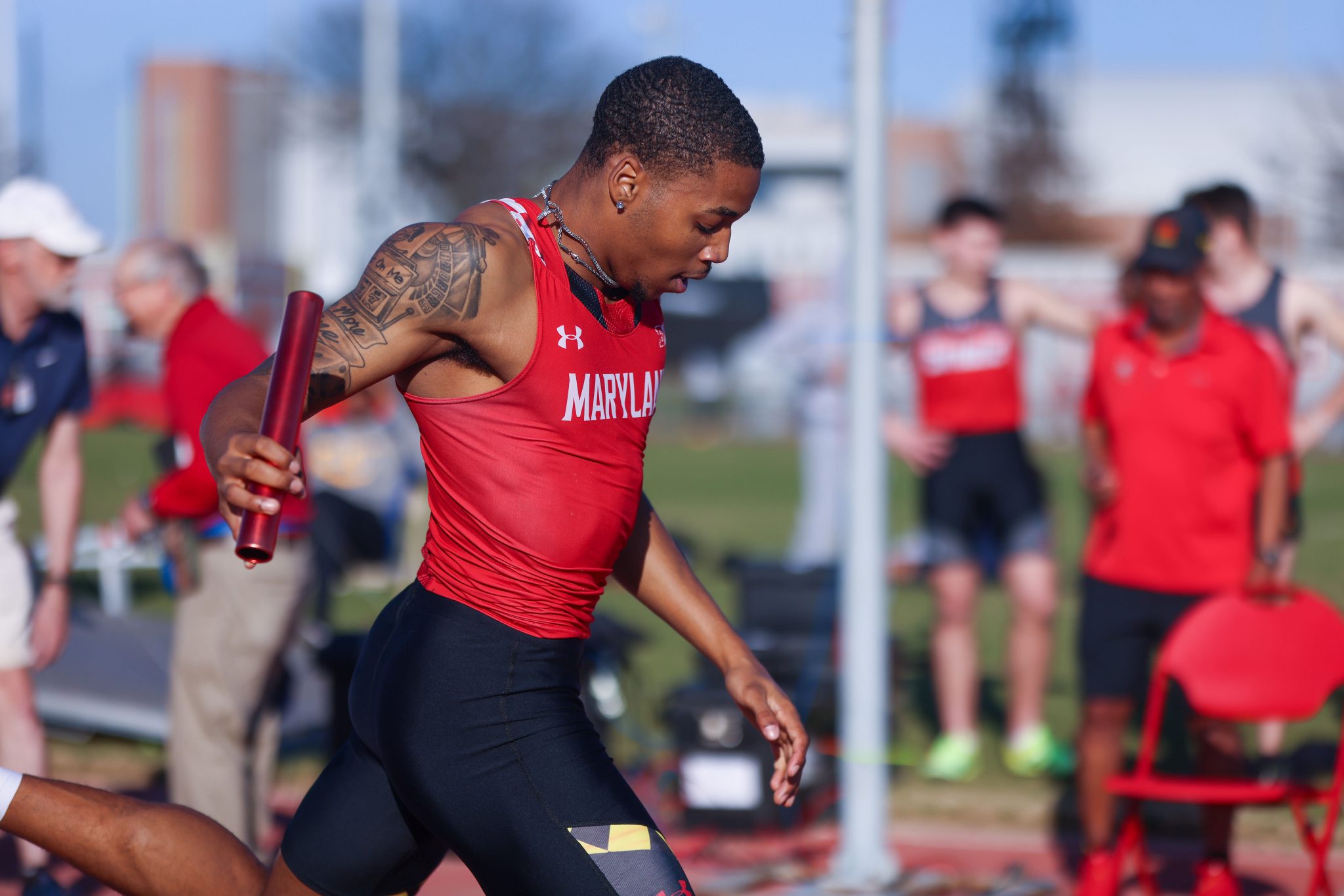 Caleb Dean was an afterthought during the second heat of the men’s 400-meter hurdle national semifinal race.

After some subpar performances in his most recent meets, Dean felt he entered the race with little pressure on him, especially as he lined up against some of the nation’s best sprinters.

Starting in lane five, he happened to be running next to Baylor’s Nathaniel Ezekiel, who set the top time in the nation earlier this season and was a favorite to take first in the heat. While Ezekiel was the focus of the race initially, the attention slowly started to shift as it unfolded.

With the runners nearing the final turn, Dean found another gear. Ezekiel had been closing the gap between the two, but Maryland’s sprinter accelerated to widen his separation on Ezekiel and others while gaining ground on the few runners ahead of him.

“I felt like I was running really, really strong, like I had the race in my bag,” Dean said.

Dean was beginning to look like he could pull off the upset. Then, catastrophe struck.

As he rounded the track’s final turn and leaped over the penultimate hurdle, Dean’s back foot caught the top of it. He fell to the ground of the track, his arms and legs flailing.

Dean tumbled and stayed on the ground. He watched as his competition stayed on their feet, racing toward a finish line he’d never cross.

Tripping over hurdles was never an issue for Maryland’s sprinter throughout the regular season, but it arose last month at the conference championships. There, he failed to clear a hurdle but was able to keep his footing and still finish second in the race.

Dean has raced despite two injuries in recent weeks. Through the end of the regular season and postseason meets, he said he dealt with a stress fracture in his back and muscle spasms. He took a week off of running leading up to Wednesday’s race.

“I wasn’t the best physically,” Dean said. “I felt broken a little bit, but mentally I was good.”

Dean doesn’t believe his ailments had an effect on his hurdling shortcomings over the past month, though. Instead, he looks at what he was thinking about during the race.

As a hurdler, runners often alternate which foot they jump off of to clear hurdles. It’s a decision a runner such as Dean must make well before it approaches and one they can’t think about too much. Instincts have to kick in. For Dean, they didn’t.

“I shifted my focus a little bit,” he said. “Sometimes for hurdles you alternate. I was thinking, ‘Which leg should I take for this hurdle?’ I think that’s what really messed me up.”

Entering his senior season, Dean plans to take three weeks off from running to allow his back to heal. Once back to full strength, he’ll begin training again, a program that consists of swimming and boxing, along with running and jumping.

He’ll go into next season looking to go beyond where he’s been. In his last two tries, his season ended at the 400-meter hurdle national semifinal.

In what could be his last attempt, Dean has just one more hurdle to clear to reach the top of the sport.