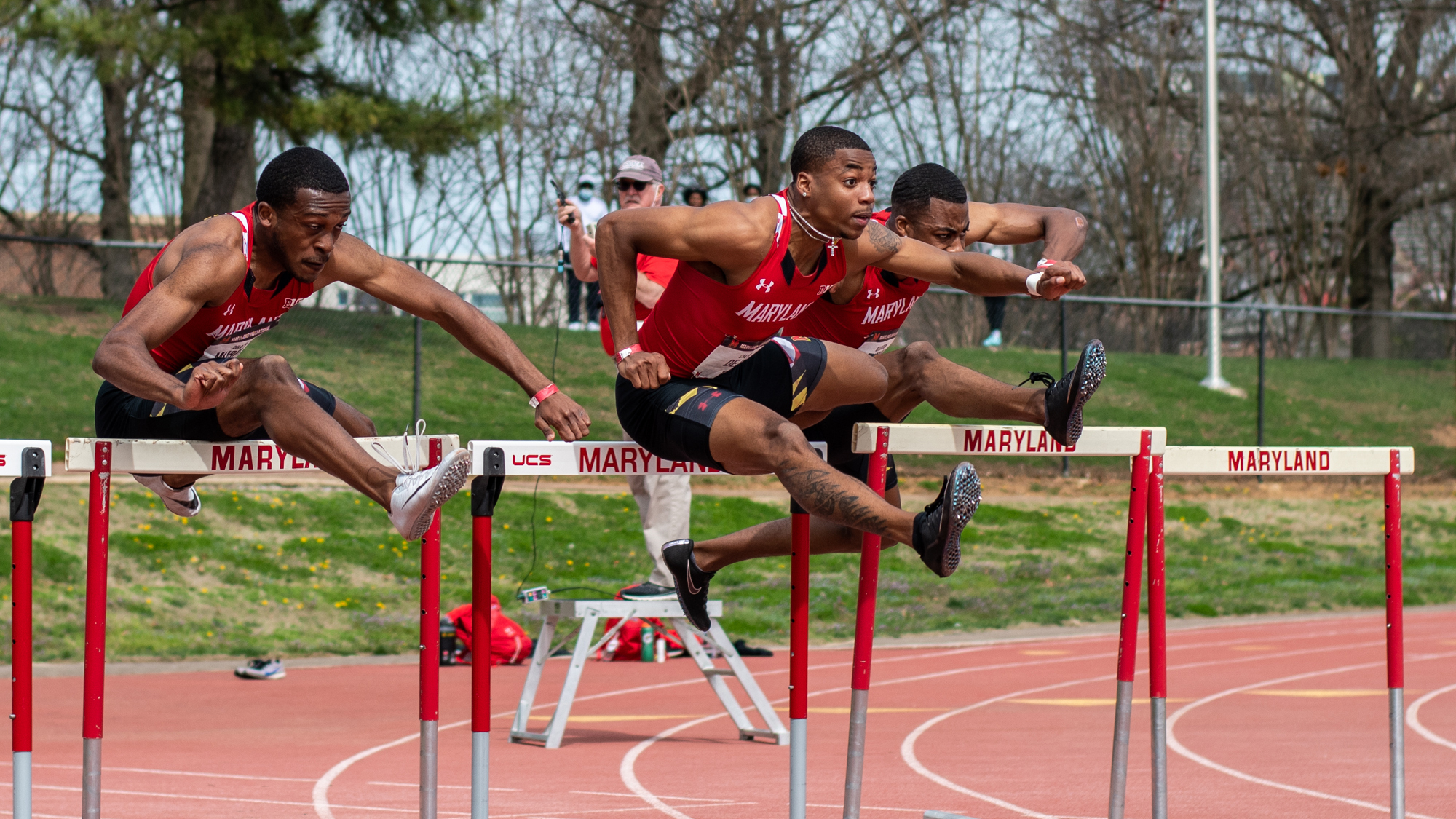 The postseason is nothing new for Caleb Dean. Maryland track and field’s junior sprinter has plenty of experience competing — and dominating — when the stakes are at their highest.

In his sophomore season, Dean rode his success in the 400-meter hurdles all the way to the 2021 NCAA Championships.

This year, that journey back to the highest point in collegiate track and field began this weekend. Dean placed second in his signature event at the Big Ten championships in Minnesota to lead the three-day meet for Maryland, which will now send several representatives to the NCAA East Prelims later this month.

Dean began his weekend running in the qualifying event for the 400-meter hurdles Friday afternoon. The top nine finishers advanced to the race’s final on Sunday, but Dean never had to worry if he’d make the cut.

Maryland’s star won the qualifier, crossing the line in 50.31 seconds. The time was marginally faster than his effort in the final race, which he ran in 51.27 seconds.

Alongside Kamari Trotz, Cameron Vereen and Joe Ewan, Dean also competed in the men’s 4×100-meter relay. The team was one of two relay squads to claim podium finishes, placing fourth and finishing in an even 40 seconds.

On the women’s side of the same race, Kattiana and Ariana Ealy-Pulido, Jaida Ellis and Jada Smith ran a 45.76 time, the fourth-fastest time in Maryland history in the event.

Friday was Maryland’s best day for top individual finishes. Outside of Dean, two other Terps placed in the top-10 in their respective events. Alice Barnsdale took fifth in the women’s hammer throw, throwing 61.10 meters. Christine Laurie claimed ninth in the women’s 1,500-meter with a 4 minute, 24 second time, narrowly advancing to the event’s final.

From there, top finishes became harder to come by as the weekend progressed. A number of Terps barely missed out on qualifying to advance further in their events, including Kattiana Ealy-Pulido and Trotz.

Ealy-Pulido ran the women’s 100-meter hurdles in 13.67 seconds — the second fastest time in program history and a new personal record — but the time was still not quick enough for her to move on. Trotz ran 10.42 seconds in the men’s 100-meter, needing 10.35 to advance.

Maryland runners and jumpers set three more personal records. On Friday, Brandon Turpin ran the men’s 400-meter hurdles in 54.23 seconds, while Anna Coffin finished the women’s 1,500-meter in 4:32.87. Both were in the qualifying races, but neither were enough to move on.

On the final day of competition, Bryce Middleton set a new best in the men’s high jump, clearing the two-meter bar.

The other podium finish in a relay came from the men’s 4×400-meter, the final event of the weekend. Turpin, Colin Rowe, Maxwell Myers and Solomon Lawrence placed sixth with a 3:13.58 time.