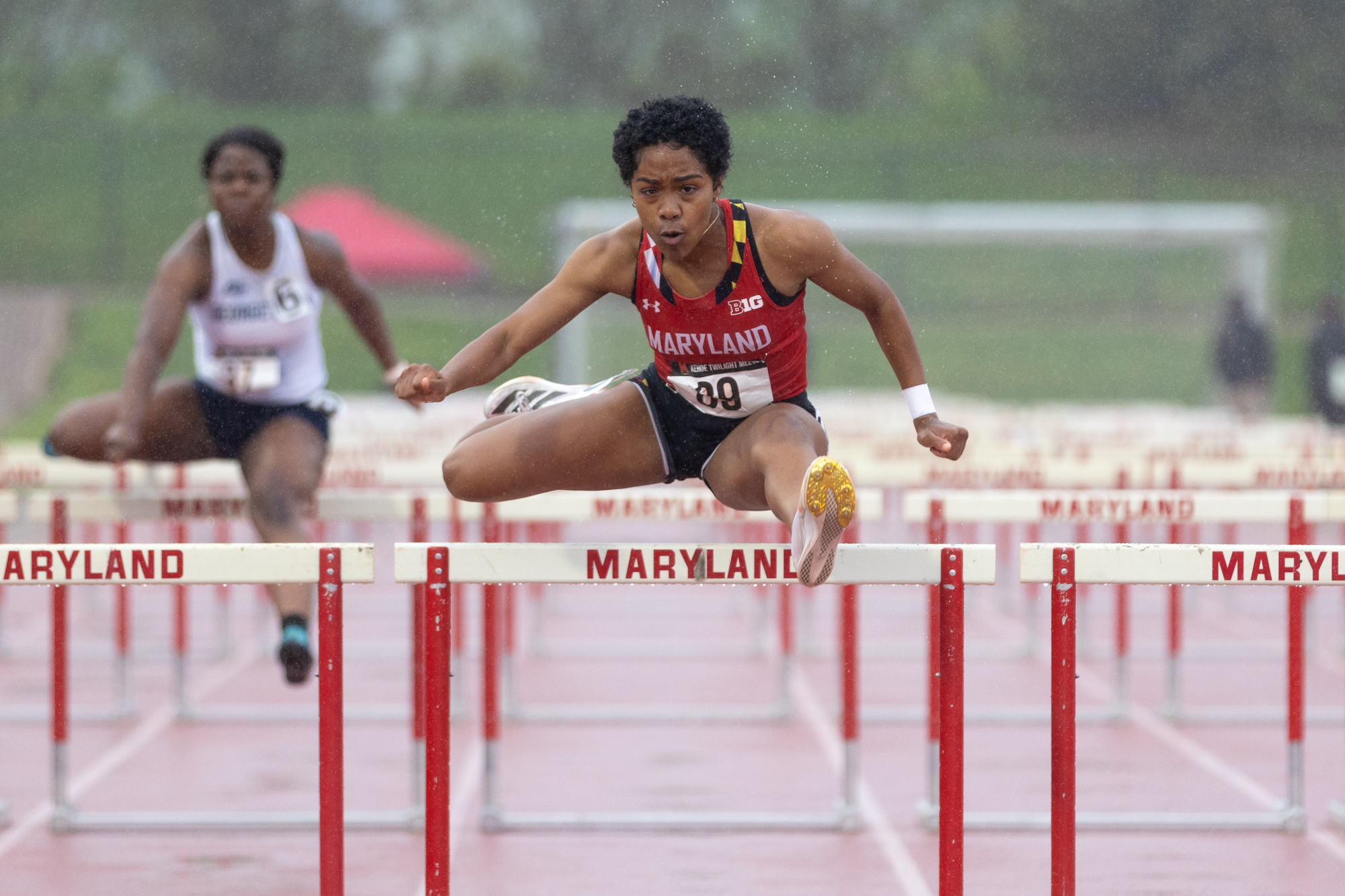 Hosting the Jim Kehoe Twilight Meet, Terps runners and throwers combined to claim eight first-place finishes in their final opportunities prior to the postseason, despite the weather worsening as the evening went on.

The meet started with a weather delay in the late afternoon after rain throughout the morning. Grounds crews with leaf blowers and fans attached to the back of medical carts circled the track surface before races could start.

The meet also moved to rolling start times, eliminating the short breaks in between races in an attempt to get through the entire slate of events quickly.

Some schools scratched their runners from races looking to avoid the risk of injury with a slick and wet track, leading to several events being canceled due to not having enough participants.

The final two races of the night, the men’s and women’s 4×400-meter relay, didn’t occur.

Coach Andrew Valmon took no chances with the conference championships around the corner, keeping several of his top runners off the track and its potentially dangerous conditions.

“We want to make sure everybody’s healthy,” Valmon said.

Jeff Kline took first in the men’s discus throw with a 48.28 meter toss and the men’s shot put with a 17.05 meter heave. Kamryn Henderson added another first-place finish in the women’s shot put, notching a mark of 14.19 meters

In the overall scoreboard, Maryland edged out Georgetown 88 to 68 on the men’s side and 159 to 124 on the women’s side for the overall meet win.

“We had kids run in this kind of weather, but they didn’t think about it right. Who knows what it’s going to be like in Minnesota,” Valmon said. “If you’re talking about preparation, it couldn’t be a better prep. They showed some resilience.”