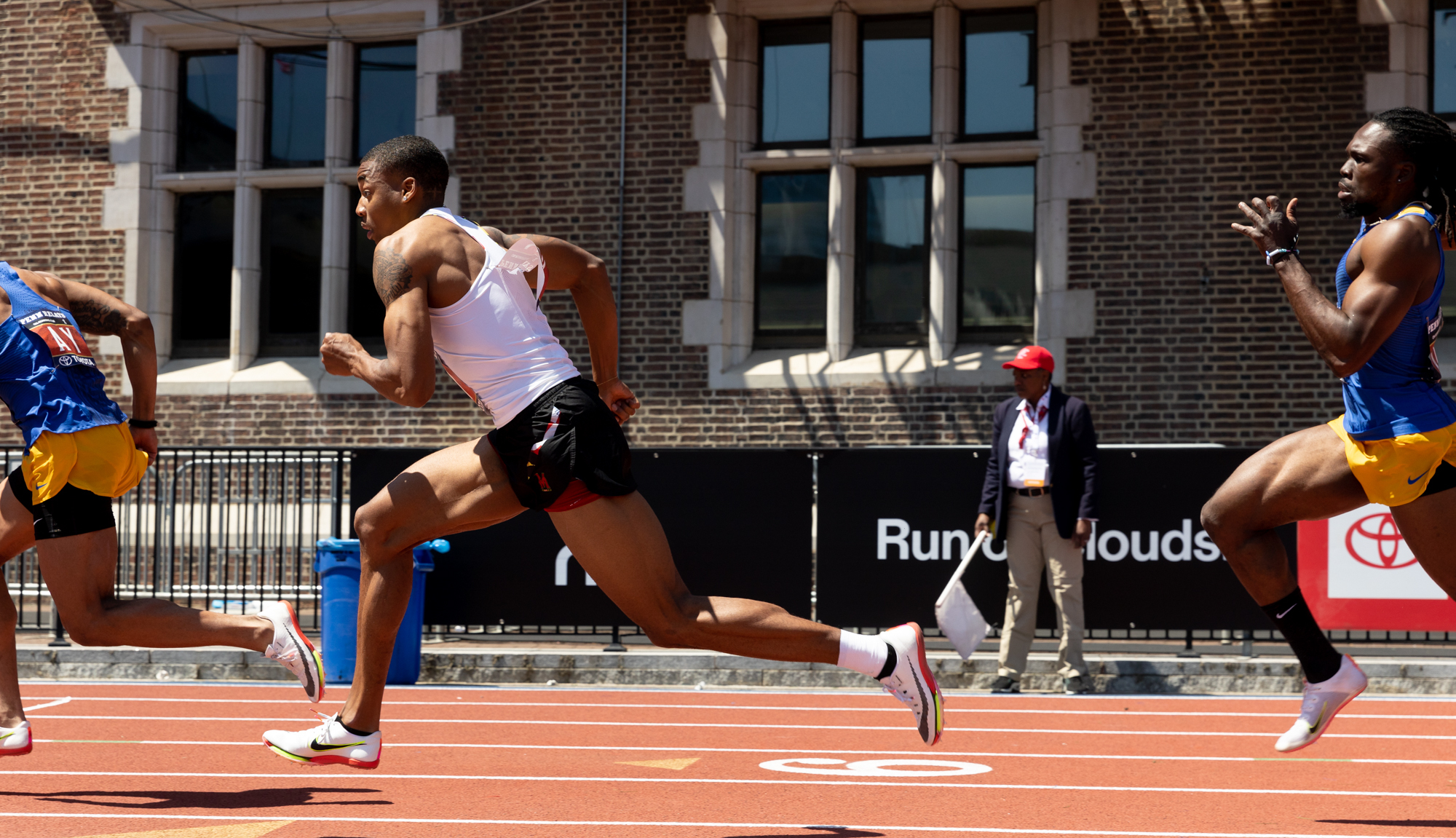 Maryland track and field coach Andrew Valmon relayed a different message to his team as the Terps traveled to the 126th annual Penn Relays by train on Thursday.

He urged them to come in with a new energy and approach. He didn’t want good times, he wanted great ones.

With that in mind, Maryland’s men’s and women’s relay teams ran better than either ever have. The men’s 4×800 team clinched the top time in program history and the women’s 4×200 squad set the sixth-fastest time ever for the school.

“We did go in with wanting to get a couple school records instead of just going through the motions and saying, ‘We’re going to try to run as well as we can,’” Valmon said. “We looked at the records and said ‘this is one that we can get.’ We were able to do that.”

To Valmon, his relay team’s successes are particularly important. The groups of four, although experienced individually, are inexperienced racing together due to minimal practice time in the early spring. With warmer weather in recent weeks, they’ve been able to get more accustomed to each other’s speeds and tendencies.

The men’s 4×800 group, featuring Maxwell Myers, Eric Albright, Chase McGeehan and Solomon Lawrence, set the top Maryland time ever with a 7 minute, 32.41 second finish. Destiny Ward, Kasey Ebb and Ariana and Kattiana Ealy-Pulido made up the women’s 4×200 group that ran in 1:36.96 for a fifth place finish.

The women’s 4×800 and men’s 4×100 groups also ran well, the women’s side of Mackenzie Morgan, Emma Pegg, Anna Coffin and Christine Laurie came in ninth place while the men’s squad of Kamari Trotz, Caleb Dean, Cameron Vereen and Joseph Ewan just missed the cut to advance to the event’s final with a 13th-place finish.

“We had some good solid practices and the leadership piece was important,” Valmon said. “Regardless of what the circumstances are, or have been, we’re going to get it done.”

Dean, who also competed in the men’s 100-meter qualifier on Friday, missed the cut to advance to Saturday’s final race by the slimmest of margins. He placed 10th overall with a 10.48 second time and finished second in his heat, but only the winners of each heat and the remaining four best overall times advanced.

He was one-hundredth of a second back from the last at-large runner who qualified, and even finished with a quicker time than one of the other heat’s winners.

Another top finish on the track came from Katie Altieri, who set a personal record and the fifth fastest time in Terps history in the women’s 5,000-meter, running in 16:49.36.

On the field, Chelsey Cole leaped 12.58 meters in the women’s triple jump, placing sixth, and Jeff Kline threw 17.24 meters in the men’s shot put for an eighth place finish.