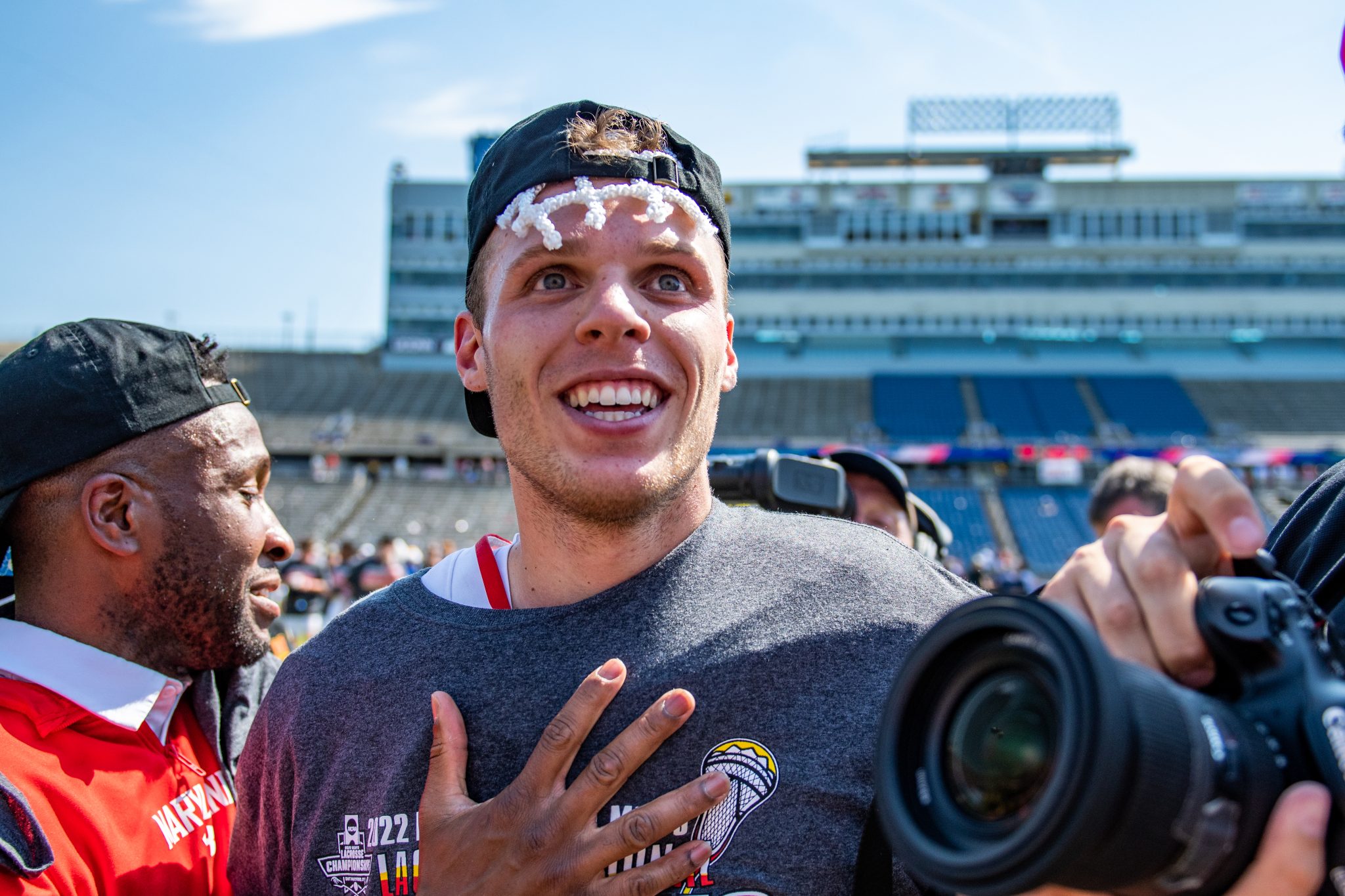 Maryland men’s lacrosse attacker Logan Wisnauskas has won the 2022 Tewaaraton Award, given to the best college lacrosse player in the nation. The announcement was made during the Tewaaraton Award Ceremony on Thursday at the Smithsonian Institution National Museum of the American Indian in Washington, D.C.

The fifth-year senior broke the single-season and career points records for the national champion Terps this season. Wisnauskas tallied 103 points in 2022, bringing his career total to 340.

Congratulations to 2022 Tewaaraton Award winner Logan Wisnauskas, who finished with the greatest scoring season in @TerpsMLax history with 103 points for the national champions. pic.twitter.com/RjqpySPjvs

He becomes the second straight Maryland player to win the Tewaaraton Award after Jared Bernhardt took home the honor last season. Matt Rambo is the only other Terp to take home the honor on the men’s side, capping off his 2017 national championship winning season with the award.

Bernhardt also broke the single-season and career points records during his 2021 campaign with the Terps, both of which were surpassed by Wisnauskas this year.

Wisnauskas’ record-breaking offensive performance contributed heavily to Maryland’s prolific attack. The Terps scored the most goals of any team in the nation on their way to a national title.

The attacker scored two goals and notched two assists in Maryland’s NCAA championship victory over Cornell on May 30, helping the Terps become the first team since 2006 to finish an undefeated season with a national title.

His assist on Maryland’s final goal against the Big Red broke the record for the most assists ever recorded by a team in a single season. The Terps totaled 204 assists in 2022, breaking Albany’s record of 203 from 2015.

Wisnauskas ends his college career with a host of accolades and a storybook ending. He will now join Premier Lacrosse League team Chrome Lacrosse Club after being selected with the No. 1 overall pick of the 2022 PLL Draft.