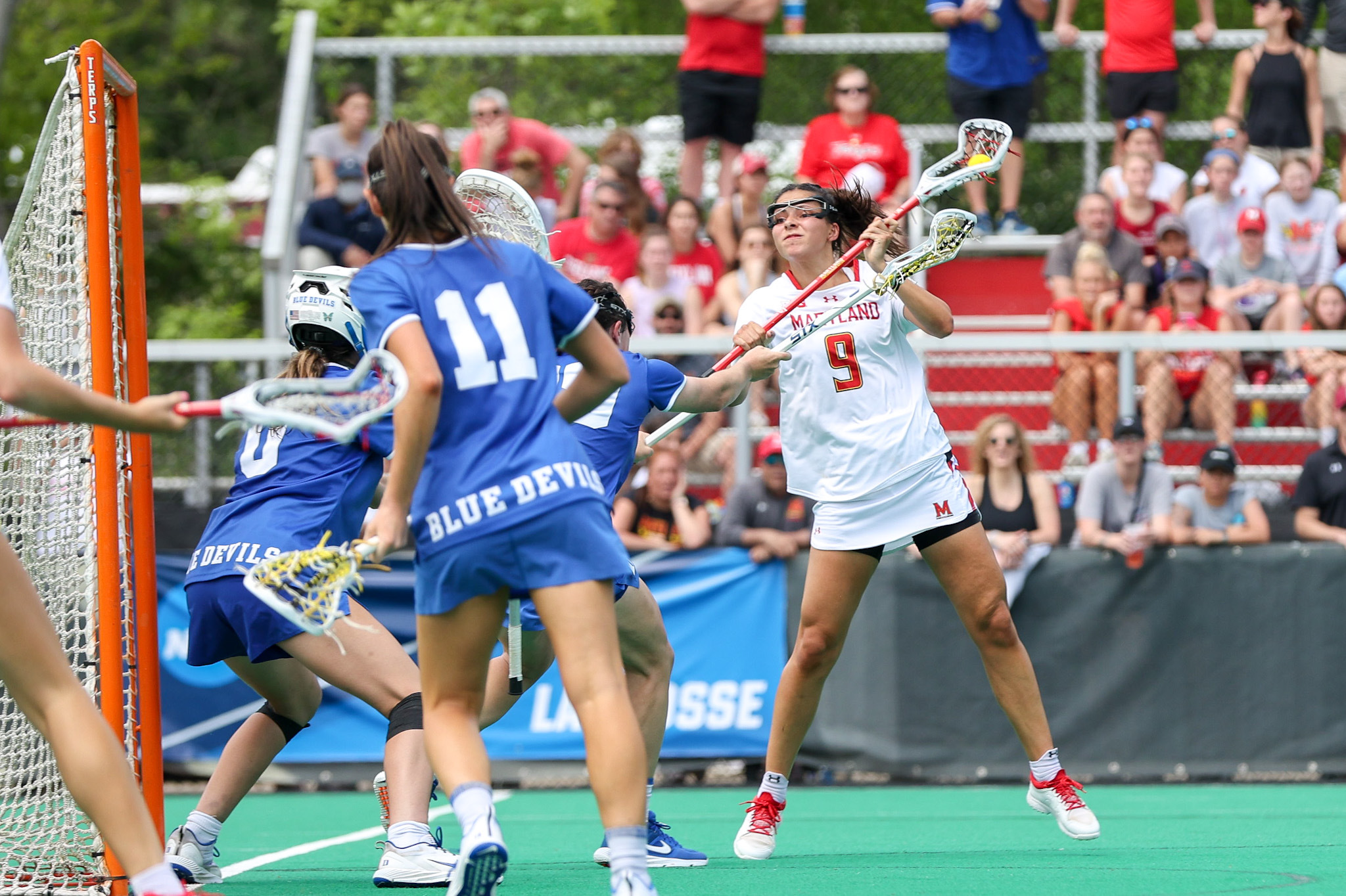 When the whistle blew, Shaylan Ahearn jumped into action and won a draw control, one of four consecutive wins she’d record in the second quarter of Maryland women’s lacrosse’s opening game in the NCAA tournament.

Ahearn and the rest of the draw team continued their dominance from the Big Ten tournament in their matchup against Duke, winning eight straight draw controls to dominate possession.

After losing to Duke in the second round of last year’s NCAA tournament, Maryland women’s lacrosse took advantage of its chance at revenge.

The Terps started their quest for a championship with a dominant 19-6 win over the Blue Devils thanks to a versatile offense spurred on by draw control wins.

“We take a lot of time preparing for the draw,” Ahearn said. “We’ll go over what we want our game plan to be and kind of what we’re going to focus on and I think that we just executed that perfectly.”

Maryland started the first five minutes of the game with a 3-0 scoring run. Libby May added to her team’s lead, whipping the ball past Duke’s goalkeeper, Sophia LeRose, to give the Terps a four-goal lead with just over seven minutes left in the first quarter.

But the Blue Devils fought back with a 3-0 run of their own to cut the Maryland lead to 4-3.

The Blue Devils answered with another goal, keeping the pressure on Maryland with just a 6-4 lead.

The two teams traded goals Maryland embarked on the dominant run that powered their victory.

Hannah Leubecker jumpstarted the scoring spree as she fired the ball into the net. That tally was followed by Shaylan Ahearn, May and Smith, as the Terps scored eight unanswered goals to pull away from the Blue Devils.

Aurora Cordingley had fought a faceguard for the entire first half, but with under five minutes left in the first half, she rocketed the ball down into the net for her first goal of the game.

May capped the run by scoring with five seconds left in the second quarter. At halftime, the Terps led 15-5, their highest-scoring half of the season.

“Our team showed up to play and they were excellent,” coach Cathy Reese said. “Our offense was taking advantage of every opportunity in the second quarter.”

Maryland’s dominant run came off the strength of those eight straight draw controls.

Duke entered the game as a dominant draw control team, as midfielder Maddie Jenner set a new record for draw controls won in a single season. However, the Terps neutralized Jenner, finishing with 18 draw wins compared to 10 for the Blue Devils.

While Duke finally did get more offensive opportunities in the second half, Maryland’s defenders were rested and ready for the challenge after spending most of the second quarter watching their teammates score goal after goal.

The Blue Devils recorded a measly two shots on goal in the third quarter despite winning three draw controls.

Duke scored its first goal in over twenty minutes at the end of the third quarter. But a pair of Jordyn Lipkin goals and a running clock erased any doubt of the Terps’ victory.

“We’ve worked so hard the past three years to get to this point,” May said. “We’re enjoying every single moment with our best friends out there on the field.”