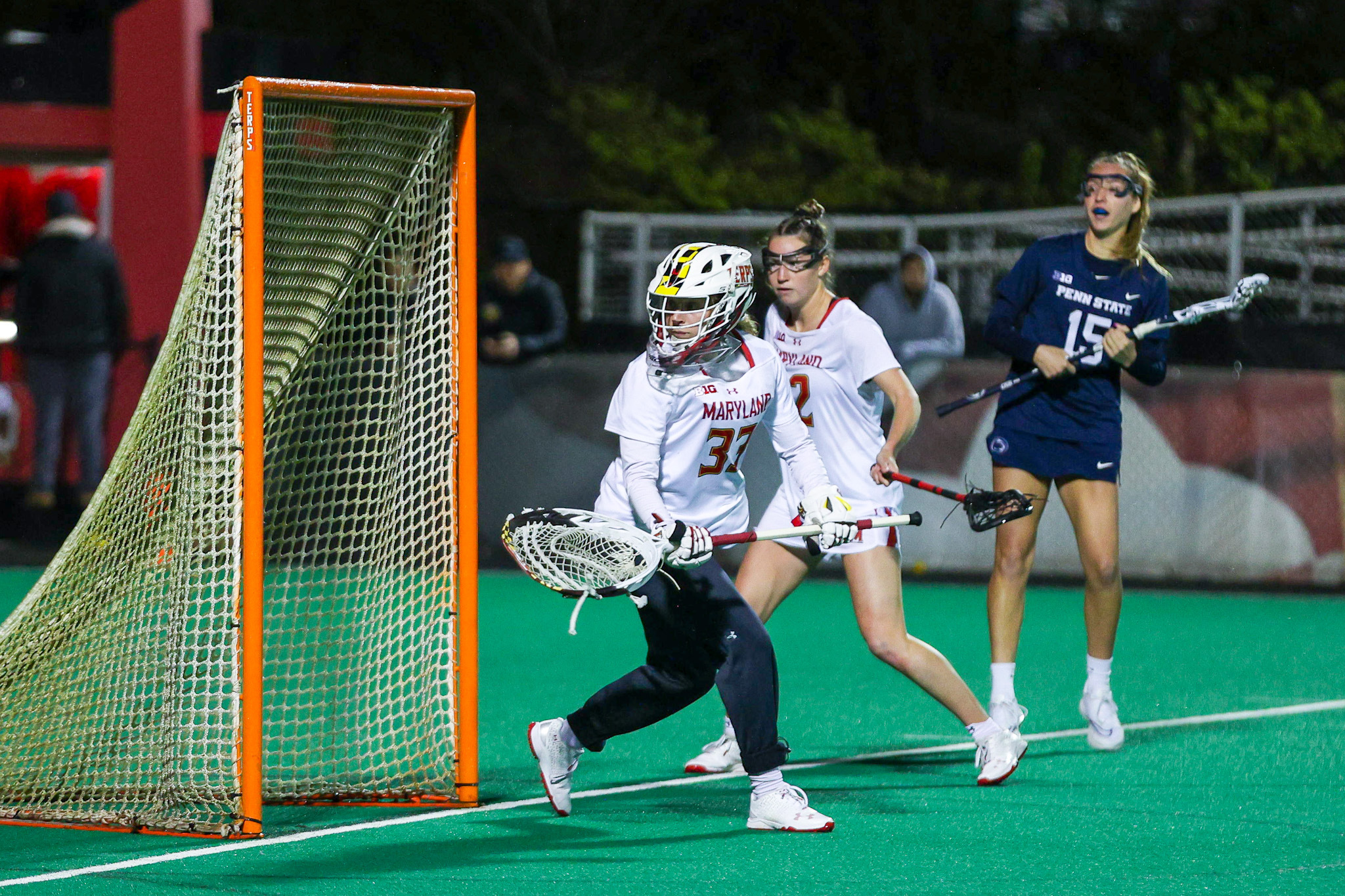 Emily Sterling steps away from the net during Maryland women's lacrosse's 13-6 win over Penn State on April 7, 2022. (Cam Andrews/The Diamondback)

Sterling, one of the best goalkeepers in the nation this season, was unanimously named Big Ten goaltender of the year. Sterling has stunned opposing offenses all season with a save percentage of 55.2 percent and an average of just 7.52 goals allowed per game.

The junior is one of just three goalkeepers nominated for the Tewaaraton Award this year. At the end of Maryland’s regular season, she led the nation in both save percentage and goals-against average.

Cordingley has been named Big Ten attacker of the year during her electric final season of college lacrosse. Currently sitting at 111 points, the attacker is now 5th in Maryland history for points in a single season.

She leads the Big Ten in points and assists per game and has been honored as the conference’s offensive player of the week five times this season. The first-time Tewaaraton nominee has been the backbone of Maryland’s offense all season, recording two or more points in every game.

Bosco, a graduate transfer from Penn, was named Big Ten defender of the year in her first season in the conference. She leads the conference with 3.06 ground balls per game.

In the Big Ten championship game, Bosco had a career-high nine draw control wins, propelling the Terps to an 18-8 victory. With her speed and awareness of the ball, coach Cathy Reese said Bosco is one of the best defenders she has seen. She was also nominated for the Tewaaraton Award for the first time this year.