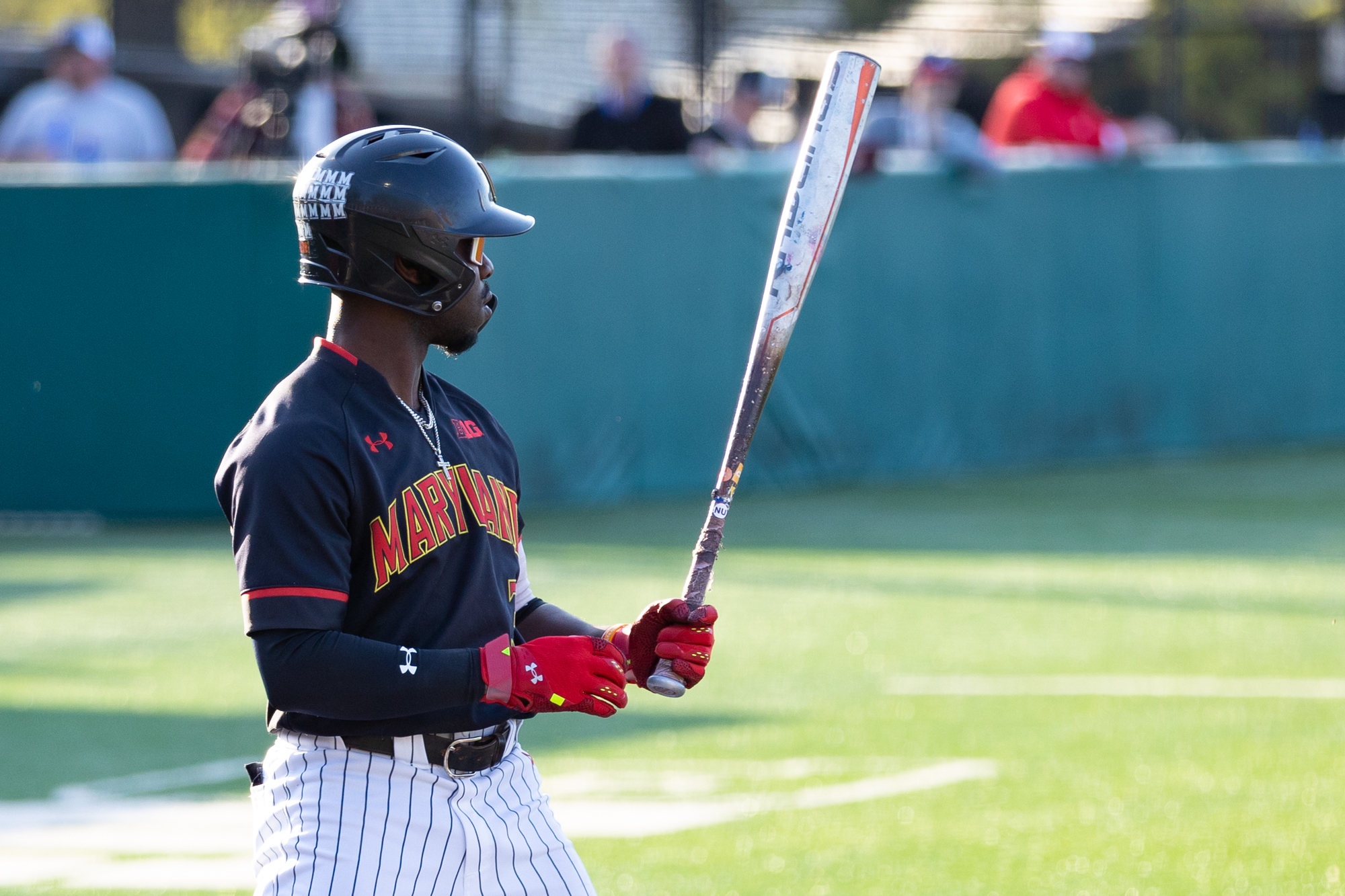 Capturing this weekend’s series against Rutgers wasn’t an easy task for Maryland baseball, but it looks to be a rewarding one.

By toppling the Scarlet Knights, the Terps have an opportunity to grab the top seed in the Big Ten tournament. With the series loss, Rutgers now has three other squads to compete with: Maryland, Iowa and Illinois.

Nevertheless, the Terps control their own destiny now if they sweep their final six conference games. If both Maryland and Rutgers win the rest of their games, they would finish the conference season 19-5, and Maryland holds the head-to-head tiebreaker.

However, the Terps know they still have a tall task ahead of them.

“I told our team before we came down here this weekend we weren’t winning or losing the league this weekend,” coach Rob Vaughn said. “We weren’t getting to the postseason this weekend … same thing next weekend.”

Capturing the top seed would be another accolade for a Maryland baseball team that has shattered records and expectations this season. From breaking the school’s record for most home runs in one season, capturing the most wins in Terps history and Ryan Ramsey’s perfect game — this Terps team has done it all.

“This team continues to make history … when you have teams like this, they rewrite record books, and we hope this is just a step along the way,” Vaughn said.

Maryland may be without a key piece as it embarks on the season-ending run.

The status of No. 2 starting pitcher Jason Savacool remains uncertain — a team official said he’s experiencing some soreness. The sophomore left with an apparent back injury after only one inning during the Terps’ split doubleheader with the Scarlet Knights.

Missing the right-hander against Michigan would prove difficult as Maryland’s bullpen has underperformed at times this season as shown in the second game of Sunday’s doubleheader, an 18-7 loss that saw six of seven relievers give up a run.

After Monday’s win, Ramsey had some input on what the pitching staff needed to improve on.

“I think working ahead [of the count],” Ramsey said. “A lot of our young guys, just being able to fill up the zone with strikes but also locating off-speed [pitches].”

That will be important for Maryland baseball going forward as the last two losses have both featured plenty of earned runs from its relievers.

Even if the Terps can’t wrangle their bullpen, they may still have a chance to out-hit their problems due to their explosive offense.

Their offense is ranked fifth in Division I baseball in home runs per game, eighth in slugging percentage and 11th in runs scored. Their depth extends through the lineup — Maryland’s typical nine-hole hitter, Kevin Keister, has a 1.014 OPS with seven homers and 34 RBIs.

Four different batters have double-digit home runs for Maryland compared to last season when the Terps only had one — now-Yankees’ minor leaguer Ben Cowles.

“We’ve got an awesome group of guys here, also a very mature group,” said Chris Alleyne, who leads the team with 17 homers. “We show up every day the same way and show up ready to win. We just approach every day like that, wins become [the] expectation.”

And after outdueling a Rutgers offense ranked second in Division I baseball in runs scored, the Terps have showcased their potent offense. They’ll look to keep that effort going as they try to catch up to the Scarlet Knights in the conference standings.