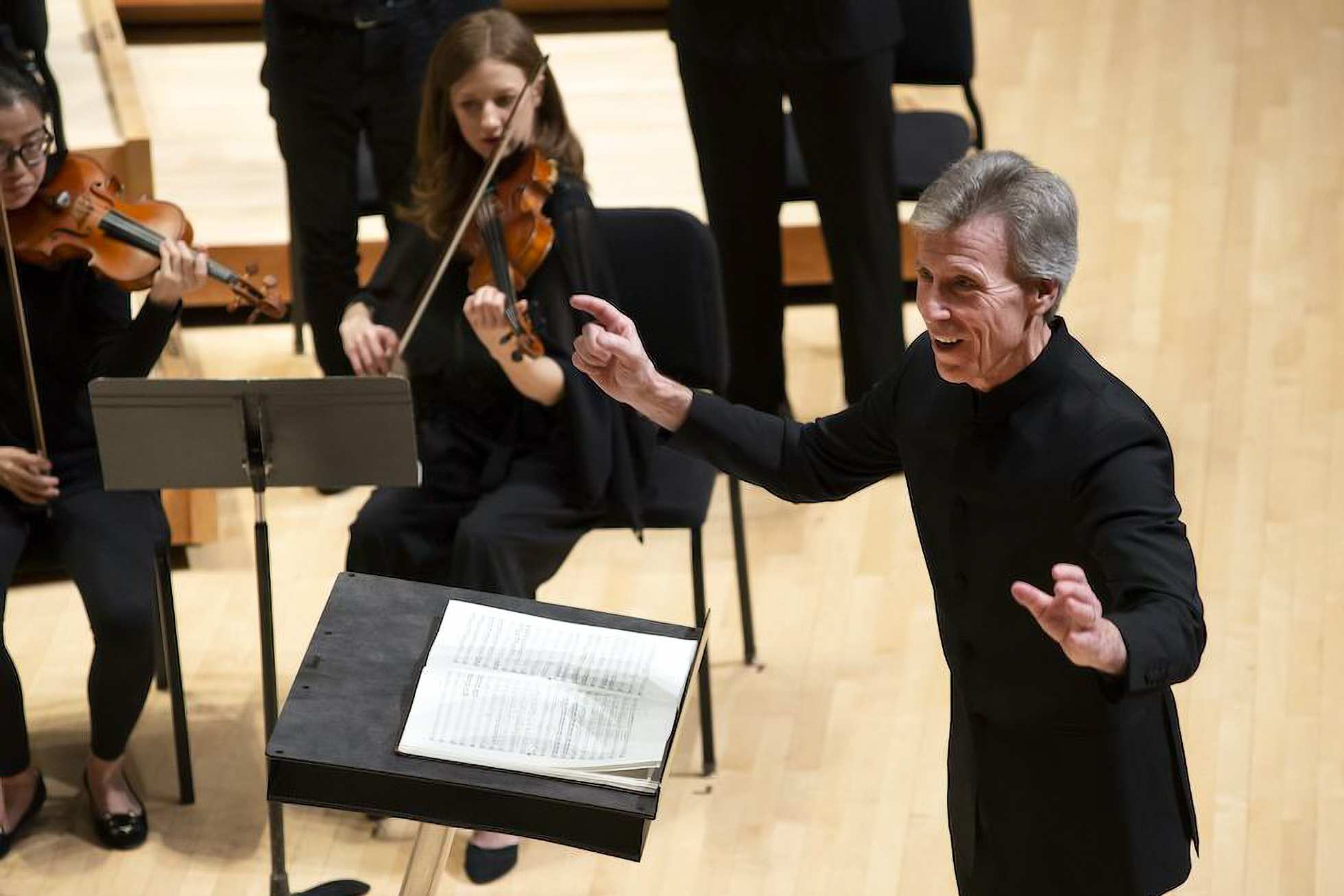 Edward Maclary, a professor of music and director of choral activities at the University of Maryland's School of Music. (Photo by David Andrews)

Edward Maclary considered his career as a professor and a conductor to be a mix of two things: great teachers and dumb luck. As a kid, when he tried to get out of his high school marching band, he found himself attracted to choir, which his mentors and teachers only ever encouraged.

Maclary’s pursuit of music education brought him to the University of Maryland’s music school as the choral activities director in 2000. But after more than 20 years and a storied career recognized across the music world, he will retire from the university at the end of this academic year.

Maclary’s career at the university is as old as the Clarice Smith Performing Arts Center — he was appointed to the faculty in the same year as the arts center’s completion.

At the time, the music, theater and dance programs moved into the new arts center, a state-of-the-art facility designed to bring arts and non-arts students together under one roof.

Collaborative choirs, which mixed music school students with other students outside of the arts programs, moved to professionalize their performances, Elpus said. A majority of Maclary’s students were voice majors aspiring to become professional musicians.

So Maclary treated them as professionals.

“The primary emphasis is on the development of undergraduates,” said Elpus, who directs the UMD Treble Choir. “And that culture flowed directly from [Maclary].”

Beth Ann Zinkievich, a former Chamber Singers soprano and a senior music education major, said when she first met Maclary, she found him intense and intimidating. In rehearsals, his conducting style was very much that of tough love — “emphasis on tough.”

“Sometimes he feels like he’s banging his head on a wall. And so then you feel like you’re banging your head on a wall,” Zinkievich said.

The UMD Chamber Singers is the most select of the choirs. The choir has toured Europe, and in 2014, was invited to the 10th World Symposium on Choral Music in Seoul, South Korea, an event that gathers thousands of international delegates every three years.

One of the best concerts he’d ever conducted, Maclary said, was for the National Collegiate Choral Organization Conference in November 2019, during which he celebrated the Chamber Singers’ 20th anniversary with an alumni choir.

“It was with all people that I loved, all my students, from the present to the past,” Maclary said. “The concert was attended by colleagues that I’ve known for decades and from all over the country. It just felt like a perfectly wonderful moment in my life that wouldn’t ever be topped, and it certainly wouldn’t be reproduced.”

But the moment was short-lived. Just a few months after the conference, the university shut down due to the COVID-19 pandemic. For months, Maclary’s rehearsals were done remotely.

But while Maclary looked forward to a post-pandemic future, he decided he would not be a leader in it. Instead, he decided his retirement would pave the way for a younger generation of conductors.

Jason Max Ferdinand, who completed his doctorate in choral conducting in 2015 at the university, will succeed Maclary. Ferdinand studied under Maclary and was the first person Maclary thought of to succeed him.

“To come full circle now and take Maclary’s place is somewhat surreal,” Ferdinand said in a news release. “He has done such a phenomenal job building a really strong program, and I’m eager to step in and build on what’s there.”

In the meantime, Maclary will heed the advice of his retired friends to relax — but only for about a week. He’s already scheduled to guest conduct and meet with former students around the country. To him, that’s already a break.

“Every September since I was five years old, I’ve gone to school,” he said. “Not going back to school at the end of August will be super, duper weird, I think. Beyond that, I think I’m okay.”