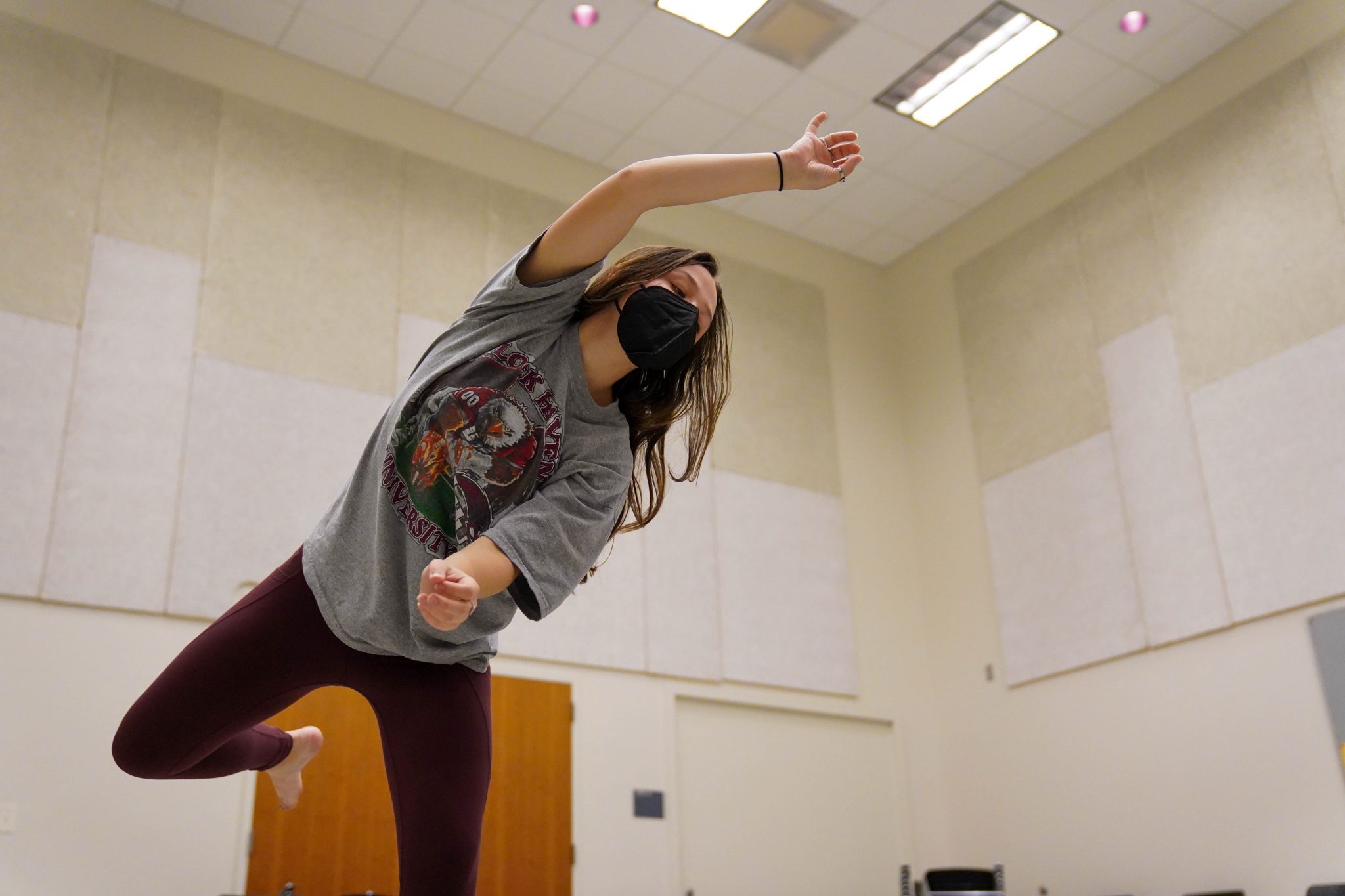 By Gabrielle Ryan
For The Diamondback

The dancers performed a Japanese-style of dance theater called Butoh. The dance style focused on what creates discomfort and how to tell a story through deliberate movement, Quinn stated.

“I want people just be able to be okay with being uncomfortable. That’s something I’m constantly working on myself,” Quinn said.

The agricultural science and technology and theatre major created the workshop as a part of her Arts Scholar capstone requirement, a project she must complete outside of the classroom environment during her fourth semester.

“Some students choose to work in a medium they are comfortable in while others use the capstone as a chance to try something completely outside of their comfort zone,” Bremenstuhl said in an email.

Quinn grew up as a competitive dancer doing ballet, tap, jazz, hip-hop and contemporary styles with Artistic Dance Company, which no longer exists. The company made dance feel like a sport, which made it difficult for Quinn to hold a passion for it, she stated.

She decided to leave the dance company when she reached middle school, which led her to her passion. Quinn discovered the student dance theater conservatory at Imagination Stage in Bethesda, Quinn stated.

“It was centered around having the students create their own choreography and their own show, which really interested me because I’ve never really had a say in how dance functions as an art or what I wanted to create,” Quinn stated.

The conservatory taught her the skills of communicating ideas and themes through movement. She has tried to find similar forms of dance and new ways to teach them, Quinn stated.

“While Katie is accustomed to the dance world, being on the instructor side was a newer experience for her,” Bremenstuhl stated.

This semester, the two choreographed the dances for the production of Heathers: The Musical, produced by the university’s student-run musical theatre club 32 Bars. Quinn’s research for her workshop aided in creating realistic movement that dramaturgically made sense with the story for the musical, Guzman said.

“That’s something that she brings up a lot in the choreographic process, is different cultures of dance and different styles of dance that we can pull in,” Guzman stated. “Not just the stereotypical jazz, musical theater … [But] to create a really diverse dance environment.”

Attendee Mimi Nguyen had always been fearful of dance and had never felt in tune with her movements, but Quinn’s workshop helped.

“In the workshop, there was one emphasis on more of feeling the movements, rather than the aesthetics of it,” the sophomore English and psychology major said.

She found the workshop reminded her of yoga and made her want to do it again.

“That’s one thing I learned, just being more mindful of how you feel in the moment,” Nguyen said.