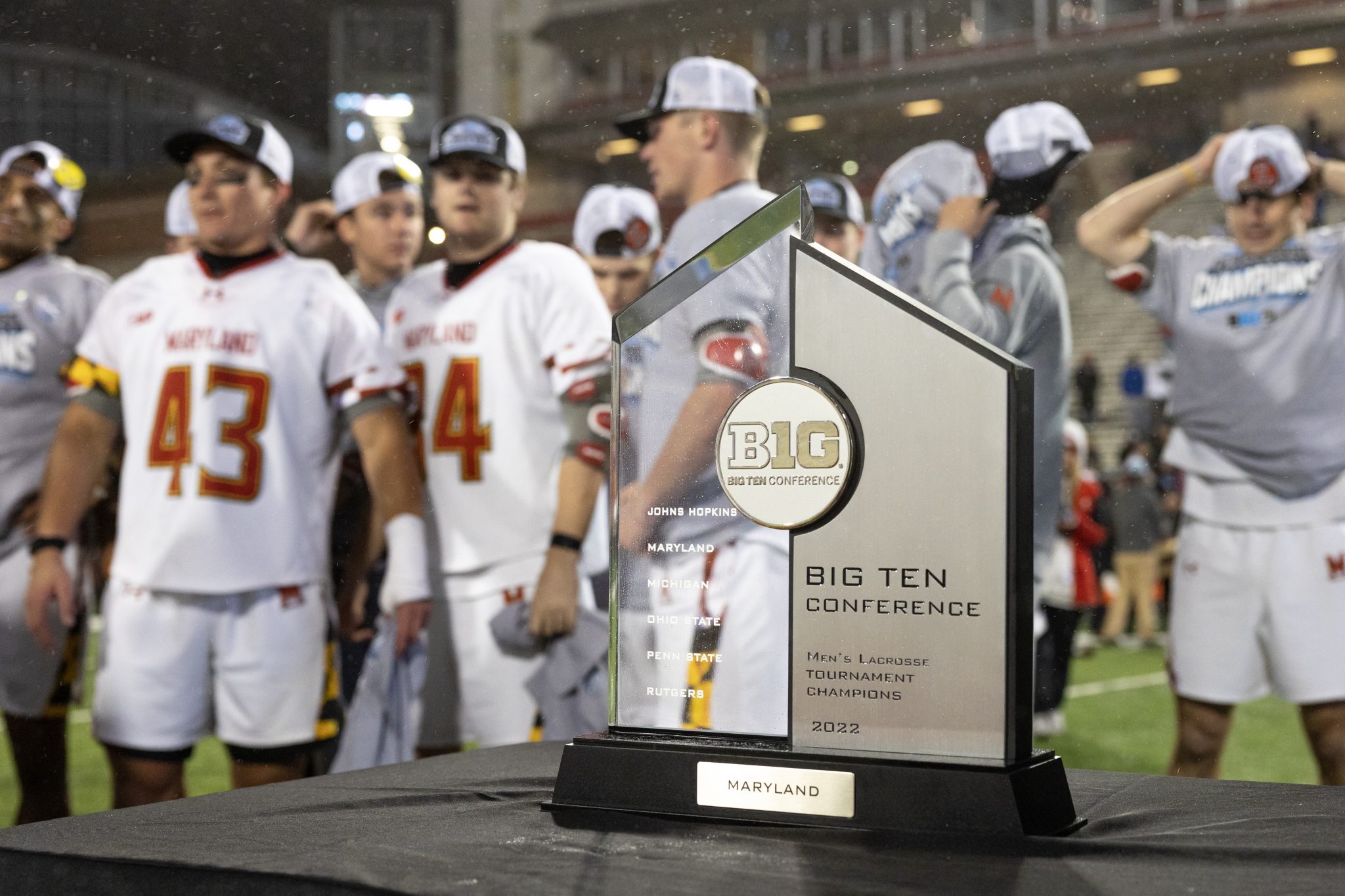 Maryland men’s lacrosse will be the No. 1 overall seed of the 2022 NCAA tournament and will take on the winner of Manhattan and Vermont in the first round, the tournament committee announced Sunday night.

The Terps were given the top seed following a season in which coach John Tillman’s squad went 14-0 on its way to Big Ten regular season and tournament titles.

“With so many good teams out there we put ourselves in a position where if we can have a great month, who knows what can happen,” Tillman said. “But I think all 18 teams are probably saying the same thing.”

The Terps have defeated teams by an average margin of 8.77 goals this season, the highest mark in the nation.

It will be Maryland’s 44th NCAA tournament appearance and its 19th-straight season making the field, the longest active streak in the nation.

Manhattan brings an 8-6 record into the national tournament and upset No. 2 seed Marist and No. 1 seed St. Bonaventure on its way to winning the MAAC tournament title.

Vermont enters the NCAA tournament on a nine-game winning streak, running through the America East with a perfect record en route to a conference tournament title. The Terps defeated the Catamounts in the first round of the 2021 national tournament, 17-11.

Should Vermont advance, Maryland could face a similar challenge to last season.

“Basically all the guys are back from last year,” Tillman said. “[Vermont] had a great team last year … so they’re going to pose some problems.”

If the Terps advance past the first round, they would take on the winner of No. 8 Brown and Virginia in the quarterfinals. The Terps could see a potential rematch of last year’s national championship in the round should they and the Cavaliers both advance.