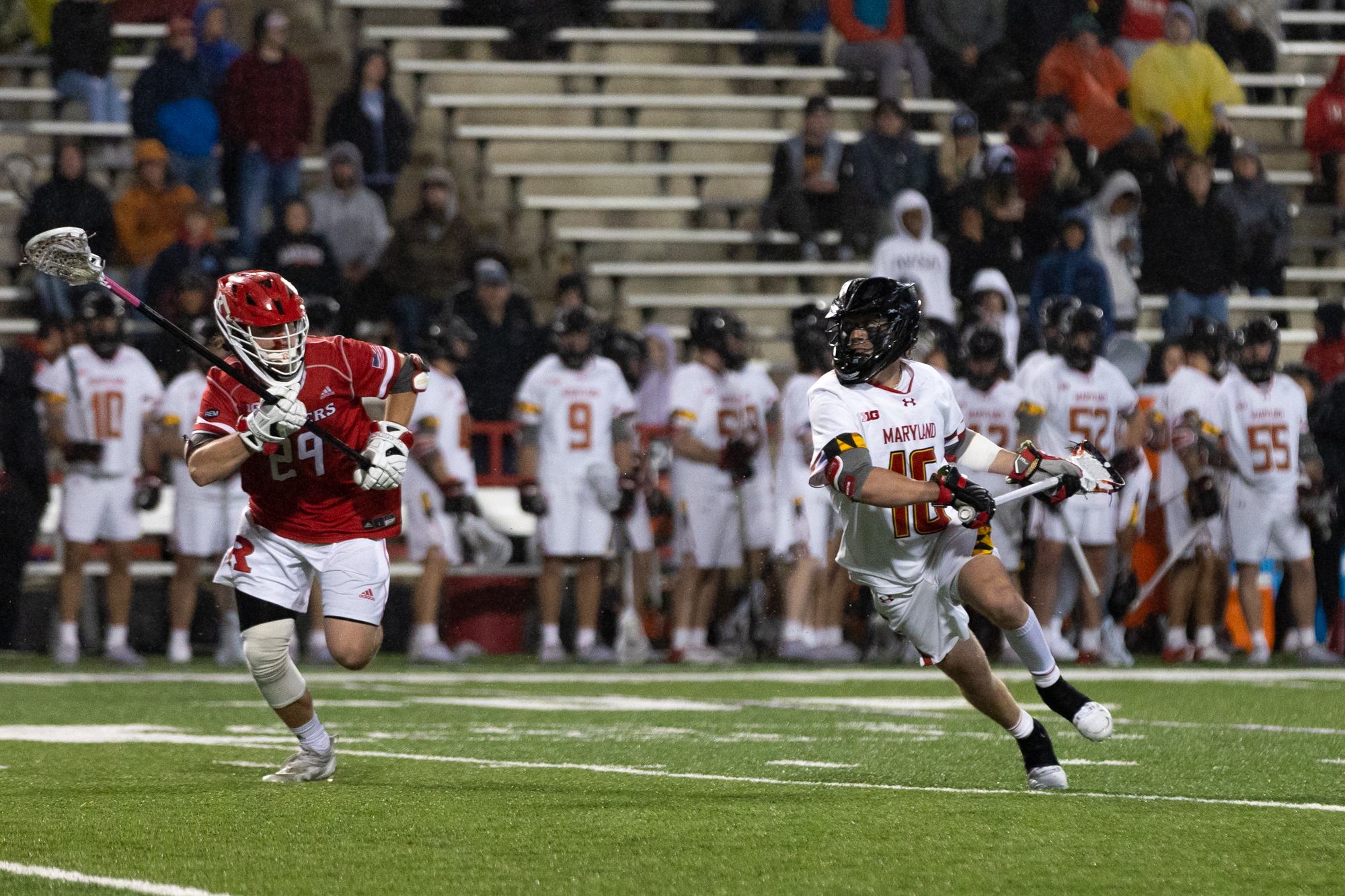 Anthony DeMaio picked up a bouncing pass and went charging into the middle of the field before unleashing a sidearm rip that skipped past the Johns Hopkins goalkeeper and into the back of the net.

His third goal of the game earned him his first hat trick of the season in Maryland men’s lacrosse’s semifinal win over the Blue Jays. It was career hat trick No. 7 for the longtime Terp.

He found No. 8 of his career and more on Saturday.

The fifth-year senior painted the net with a variety of techniques, scoring a season-high four goals as he helped Maryland jump out to an early lead over Rutgers in its 17-7 title game victory.

DeMaio was as influential as he’s been all year in the Big Ten tournament as the Terps rattled off convincing wins over the Blue Jays and the Scarlet Knights to claim the title on their home turf.

DeMaio came into the postseason with the lowest shooting percentage of any of Maryland’s regular attacking players at just 25.8 percent. However, the fifth-year senior rebounded as he converted on 58.3 percent of his shots over the course of the two Big Ten tournament games.

The midfielder started the matchup against Rutgers where he left off against Johns Hopkins, releasing a low shot that evaded Scarlet Knights goalkeeper Colin Kirst to double Maryland’s lead in the first quarter.

Just minutes later DeMaio barged past his defender before cutting to the face of the net and finishing from close range to tally his second goal of the game.

In the third quarter, he received a pass from Kyle Long and then found the roof of the net, going high on the goalkeeper and pointing to his teammate who provided the assist. DeMaio and Long celebrated together as the fifth-year senior bagged his second hat trick in as many games.

DeMaio added two assists before capping off his six-point performance with a jumping strike that left Kirst clueless as the Terps continued to run away in the conference championship matchup.

He scored the second-most points by any Terp in their two tournament games, finishing with seven goals and two assists. His Big Ten tournament showing accounted for 23.7 percent of his 38 points from this season.

The midfielder put in his best performance of the season in the title match, as he registered his highest expected-goals-added total of the season at 4.13, according to Lacrosse Reference.

The only player at Maryland when it won the 2017 national championship, Tillman praised the midfielder’s shooting versatility as he aims to help the Terps bring home another title.