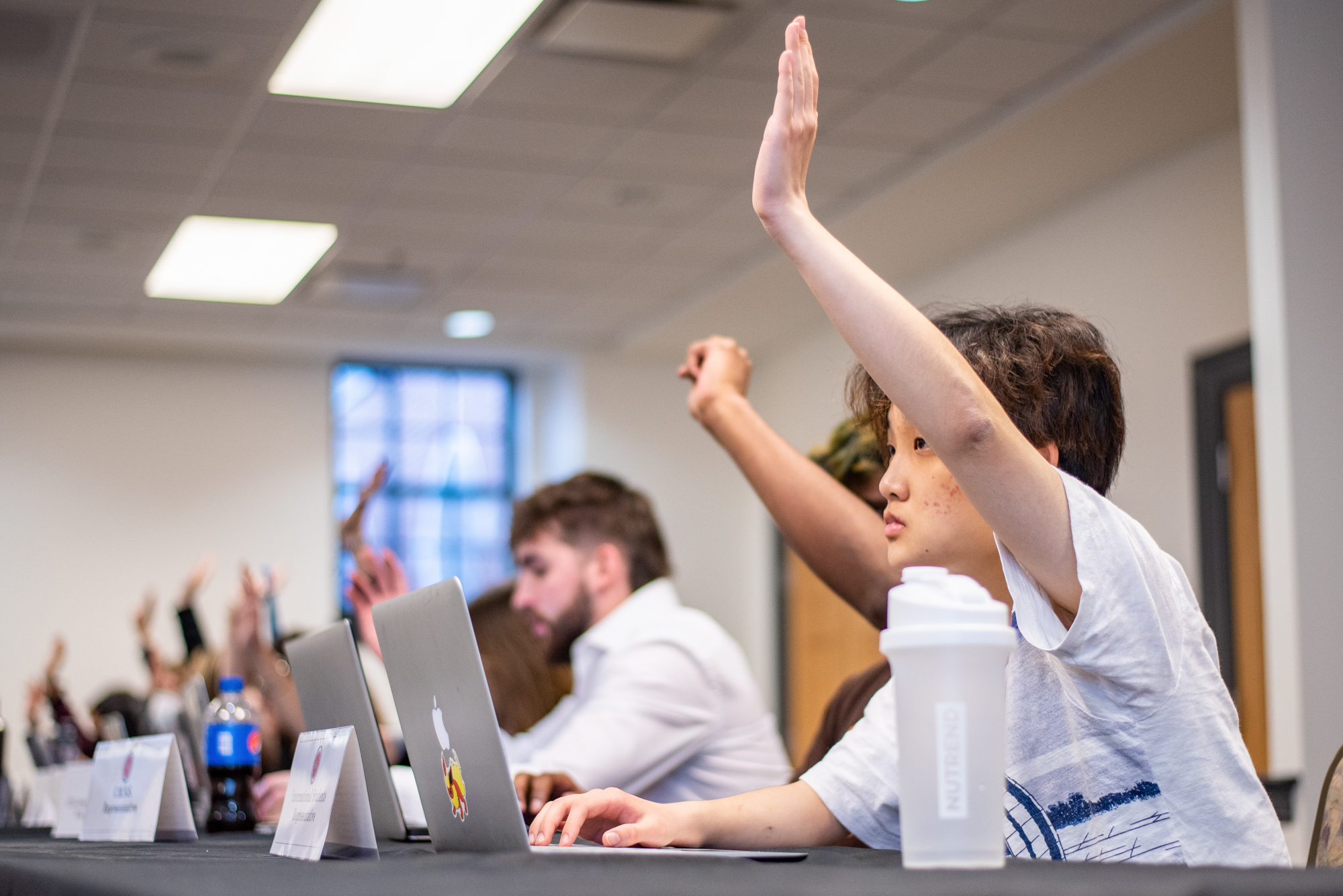 The University of Maryland SGA debated changes to honoraria and name changes to positions at its last meeting of the academic year Wednesday.

After outgoing Student Government Association President Kislay Parashar gave his state of the campus address summarizing the work of the legislature and executives over the past year, legislators passed four bills before going to work on the annual omnibus adjusting of the SGA bylaws.

Each adjustment to the SGA bylaws and constitution must be passed with a two-thirds vote of all legislators voting, not including abstentions.

The honoraria for the SGA president currently comes out to about $5 an hour — a stipend that does not match the amount of work done in the position, according to parliamentarian Scott Cronin.

Cronin, a sophomore government and politics major, said this university’s honoraria for the student body president is lower than what is given to those in the same position at other Big Ten schools.

The new honoraria will consist of 75 percent of the current out-of-state tuition and mandatory fees for one semester, equating to about $15.30 per hour after taxes, Parashar said.

While the legislators agreed upon honoraria for the student body president and the vice president of financial affairs, they clashed over the speaker of the legislature’s honoraria. Parashar advocated to take away the honoraria, a movement he stood on the opposite side of in last year’s omnibus meeting.

Parashar, a senior computer engineering major, said he does not support paying the speaker of the legislature because as the bylaws are written, the speaker is someone that is elected as a representative for a sector of students and only a small percentage of the student body votes that person into office.

The legislators voted to keep the speaker of the legislature’s honoraria.

After a long debate, legislators also chose to give honoraria of $300 per semester to up to four graphic designers on the communications committee.

Director of Communications Megan Barnes disagreed with paying students for creating graphics. She said students should want to create graphics because they are passionate about it, not for a monetary incentive.

[Quiz: Which SGA party should you vote for this year?]

“Why is there money involved at all?” Barnes, a junior government and politics and journalism major, asked. “People again, should want to come to committee and make graphics because they want to — that’s the point.”

Legislators agreed to add a ROTC liaison to the office of the president and have the SGA president as the only student government speaker at commencement — previously, the GSG president spoke at winter commencement.

The SGA also added an amendment to create a position for one full-time paid SGA advisor.

Members also passed an amendment to change the frequency of omnibus meetings to make changes to the bylaws from an annual process to now occur every two years, allowing the university more time to implement changes from omnibus.

“On the off-year, the committee that makes the suggestion really for the next committee to take into consideration,” Cronin said.

The meeting adjourned at about 11:30 p.m., marking one of the quickest omnibus meetings in the SGA.