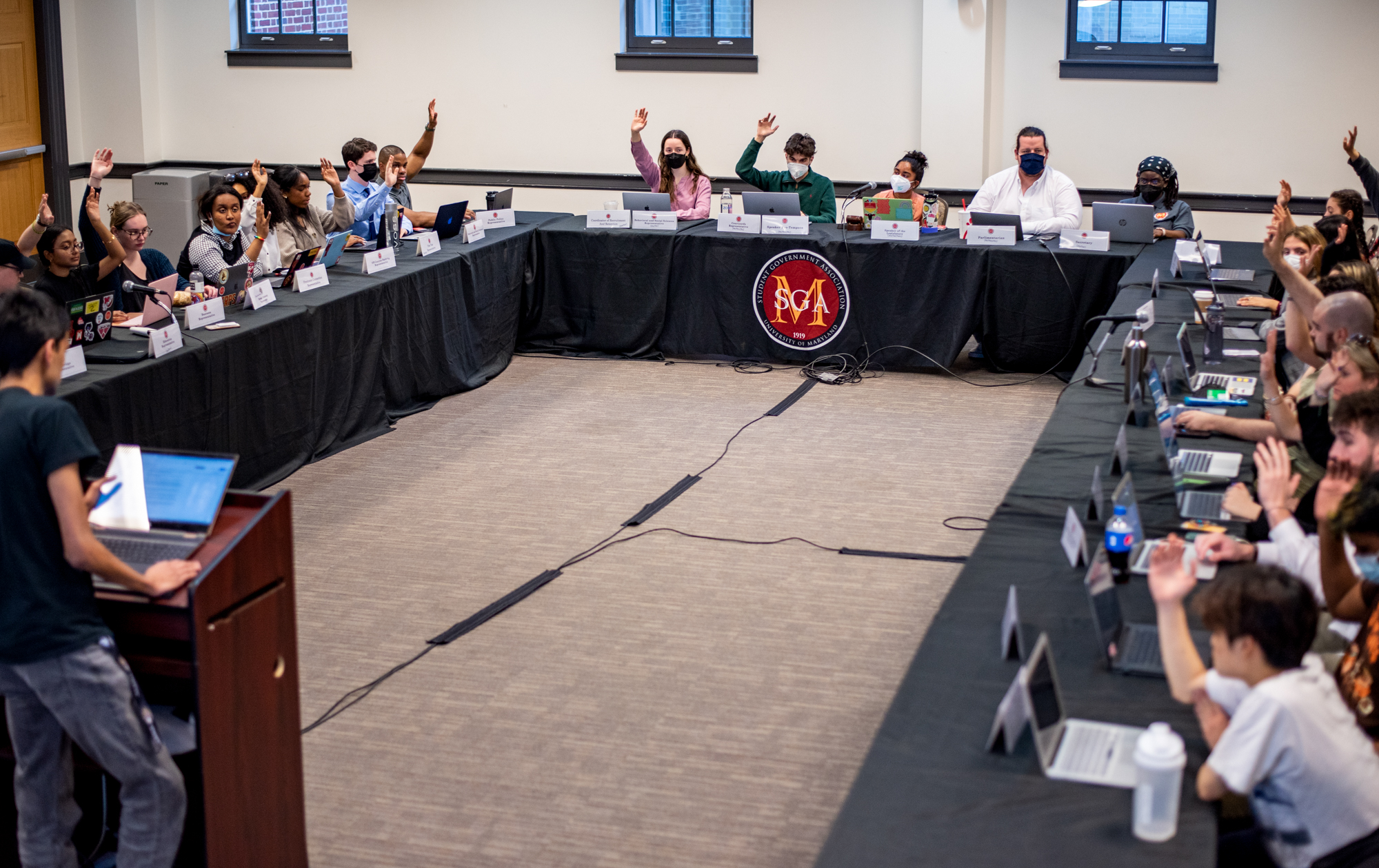 Candidates running for executive positions in the University of Maryland 2022 SGA election held a debate Friday afternoon at Stamp Student Union to discuss their values and why each of them believe they are the best person to do their job.

Josie Urrea, the presidential candidate for Our UMD, said their priorities surround wanting the Student Government Association to be more student group-oriented and ensuring students are aware of what SGA does. Steven Berit, the ticket’s vice president candidate, said their party wants to set a collaborative and inclusive culture in the SGA.

The two independent candidates also introduced themselves to the audience.

Abdul Raziq Salar said he is a transfer student, former president of the Youth Congress and served in the marines, all of which would assist him in his responsibilities if elected president.

[Here’s your guide to voting in UMD SGA elections]

Anthony Proulx highlighted his background as the only presidential candidate representing both the neurodivergent and LGBTQ+ communities. Part of his platform would include advocating for more representation for these groups.

He said he is uniquely qualified as someone with both teacher and student experience, as he has been both a substitute teacher and a teaching assistant.

“[These] are both equally important because you work with teachers and students in order to make the university promise succeed,” Proulx said.

Current SGA President Kislay Parashar asked the presidential candidates how they would handle choosing one initiative to focus on over another when some group of students may not support that decision.

Proulx, a public policy student, said some people may not be happy with a decision, but it helps to not have a president making a decision by themselves as they consult their entire “inner circle” for advice.

Salar, a philosophy, politics and economics major, responded by saying he would implement a survey a few months after a choice is made and find out students’ thoughts on how effective an initiative is.

Discover Maryland’s Halbfinger said she would have to analyze what fits best with the SGA’s agenda moving forward to choose one thing to focus on.

“There will never be a circumstance where I as an individual will give up my moral beliefs and my ethics,” Halbfinger, a junior finance and operations management and business analytics major, said. “I stand by my ethics, I stand by my morals … but, that has absolutely no effect over my ability to put my perspective aside and stand up and speak for over 30,000 undergraduate Terps.”

Our UMD’s Urrea, a junior Chinese and public policy major, said having multiple people on the ticket with knowledge in different areas makes her feel confident in addressing many issues, as well as her experience as the director of the Sexual Misconduct Prevention committee and dealing with so many issues at once.

“Our UMD to me really means family,” Urrea said. “And I know that’s kind of cliche, but at the end of the day we selected everybody on our ticket because we saw the values that they brought, we saw their expertises, everybody’s here because they’re passionate and want to make a change.”