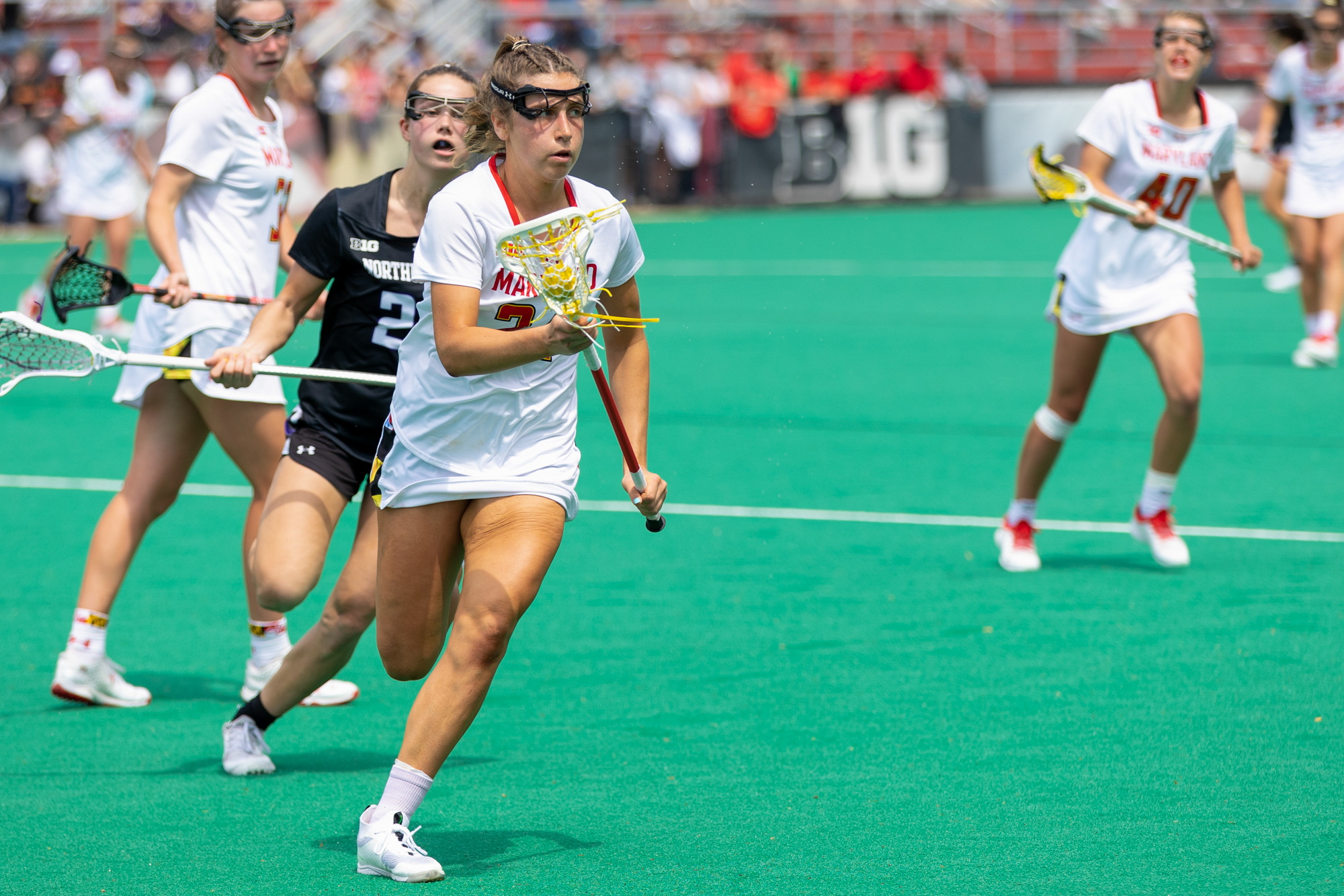 Maryland women’s lacrosse was back in the draw control circle and ready to gain possession again following an Eloise Clevenger goal, hoping to extend its 8-3 lead over Michigan.

Shaylan Ahearn edged out the Wolverines in the draw control circle, lobbing the ball to teammate Hannah Leubecker, who outran her defenders and launched the ball into the cage just 13 seconds after the Terps’ last goal.

“We just need to find ways to fight that battle in the circle,” Reese said. “This is something we’ll just continue to look at as we head into our first round in the Big Ten tournament.”

Maryland finished its regular season winning 54.4 percent of battles in the circle. The Terps’ inability to consistently dominate draw control battles has, in turn, limited their offensive possessions.

“If we can have that first chance and opportunity to go to goal, that’s huge,” Reese said. “Draw controls are huge in our sport, and they can help with momentum.”

When they’re not winning possession in the draw circle, the Terps create opportunities with strong defensive moves and caused turnovers, averaging 9.25 turnovers per game this season.

But with the upcoming Big Ten tournament, where the other three teams competing all edged out Maryland in the draw control contests, the focus is on the circle this week, Reese said.

For defender Abby Bosco, who came up with 63 draw control wins this season, the Terps need to “out-gritty” their opponents to gain possession of the ball in draw controls.

“When it comes to the circle, it’s just a 50-50 ball, and whoever wants it more is coming up with it,” Bosco said. “Just working on those grit plays and just fighting 110 percent no matter what.”

Ahearn is Maryland’s regular choice to fight in the draw control. She leads the team with 74 wins in the circle this season, but she’s struggled to match her dominance early in the season. After her career-high 14 draw control wins against No. 9 Florida, she has yet to reach double-digit wins again this season.

“We know that going into the postseason, we have room to improve and I think that’s the most exciting part,” Grace Griffin said. “We can get better still and we’re not done yet.”